Report looks at impact of BCE acquisition of MTS on SaskTel 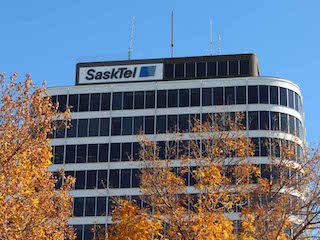 Since BCE, Bell’s parent company, announced its intention to acquire Manitoba Telecom Services, the decision has been hotly contested due to the potential impacts of the acquisition.

Mark H. Goldberg & Associates, has released a report that outlines the principal risks associated with this acquisition as it pertains to SaskTel, the crown corporation which would become the only independent telecom provider in the west.

According to the report, the most fundamental risk to SaskTel is that reduced numbers of facilities-based carriers in Manitoba could lead government policy makers to create incentives for additional wireless competition to develop through reduced costs for new entrants. Simply put, this could reduce expansion capability for SaskTel.

Furthermore, the report predicts an alternative scenario that sees the four carrier objective removed by the government, placing significant pressure on SaskTel services.

Without the elimination of the four carrier objective, there is the possibility that Rogers would attempt to replace a lost partnership with MTS by forming additional retail agreements with companies in Manitoba and Saskatchewan, which may prove positive from a competition standpoint.

In what’s potentially the most harmful outcome for SaskTel, an establishment of a western office for Bell could lead to the erosion of SaskTel’s share of the market for business services, where the crown corporation currently holds a marketshare of over 90 percent.

“For all of the reasons identified in this report, there is a risk that SaskTel’s net income will not support the level of dividends that have been returned to the province in recent years. We also observe that continued investments in network and information systems are critical to preserving SaskTel’s competitive edge,” reads the study.

While government reviews of the transaction are not expected to be completed for upwards of nine months, most of these effects are expected to be long term. The report goes on to state that approving this deal could lead to eventual policy changes and greater governmental intervention in the telecom sector as per the unpredictable impacts on SaskTel.

Furthermore, while SaskTel has approximately 616 thousand lines, each of the big three has more than 8 million. This can be largely attributed to geographical constraints with SaskTel being largely focused in the province of Saskatchewan.

BCE’s intention to purchase MTS was first announced at the beginning of May. At the time, BCE promised to sell one third of postpaid wireless subscribers to Telus.

Since the transaction was announced, BCE’s acquisition of MTS has been widely controversial. While several complaints hail from consumers, there are government bodies who believe this move is a threat to competition in the area. However, the Competition Bureau has sought input from Canadians regarding the deal and is projected to complete reviews of the purchase in nine to 12 months.

Related reading: BCE to acquire MTS for $3.9 billion, plans to divest one-thirs of the postpaid subscribers to Telus