Don’t click on that: crashsafari.com and crashchrome.com links crashing smartphones 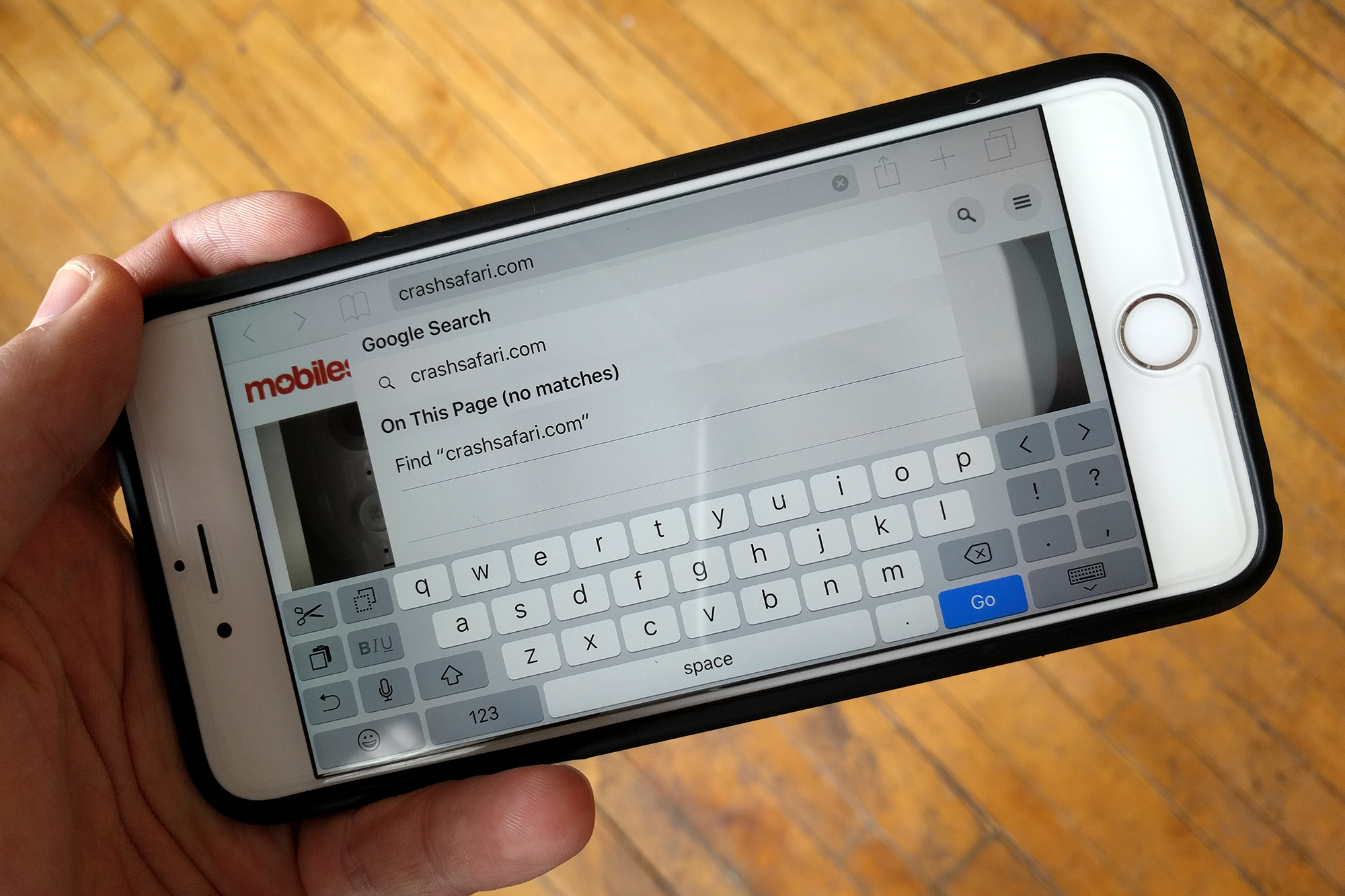 If you’re an iPhone or Android user and you see a nefarious looking link on Twitter or Facebook, it might be a good idea to avoid clicking on it.

Mischievous Twitter users are passing around a link to crashsafari.com, a website that was created in 2015 and designed specifically to crash iOS devices. If this sounds farfetched, try it out; the exploit actually works.

On the backend side of things, both crashsafari.com and crashchrome.com seem to run a javascript code that overloads the user’s address bar with an infinite series of numbers, though, there are conflicting claims on exactly how the exploit actually works.

According to an interview in Wired, security researcher F-Secure, says that crashsafari.com, as well as another website called crashchrome.com, take advantage of an issue related to browser history, killing the app and forcing a restart when visiting the URL.

On Twitter, users are trolling friends and strangers with the trick, tweeting out messages like, “check out Drake’s latest album” or “Here’s my fire mixtape, yo.”

The exploit affects those using Safari on iPhone/iPad and causes an immediate reboot of the iPhone. On desktop, Safari slows to a crawl, giving users an extended glimpse at Apple’s famous beach ball.

The Chrome version of the exploit causes Windows, Mac, iOS and Android all to immediately crash, but not restart. When visiting the website with the Nexus 6P, the smartphone became unresponsive for multiple minutes before suggesting Chrome needed to be closed.