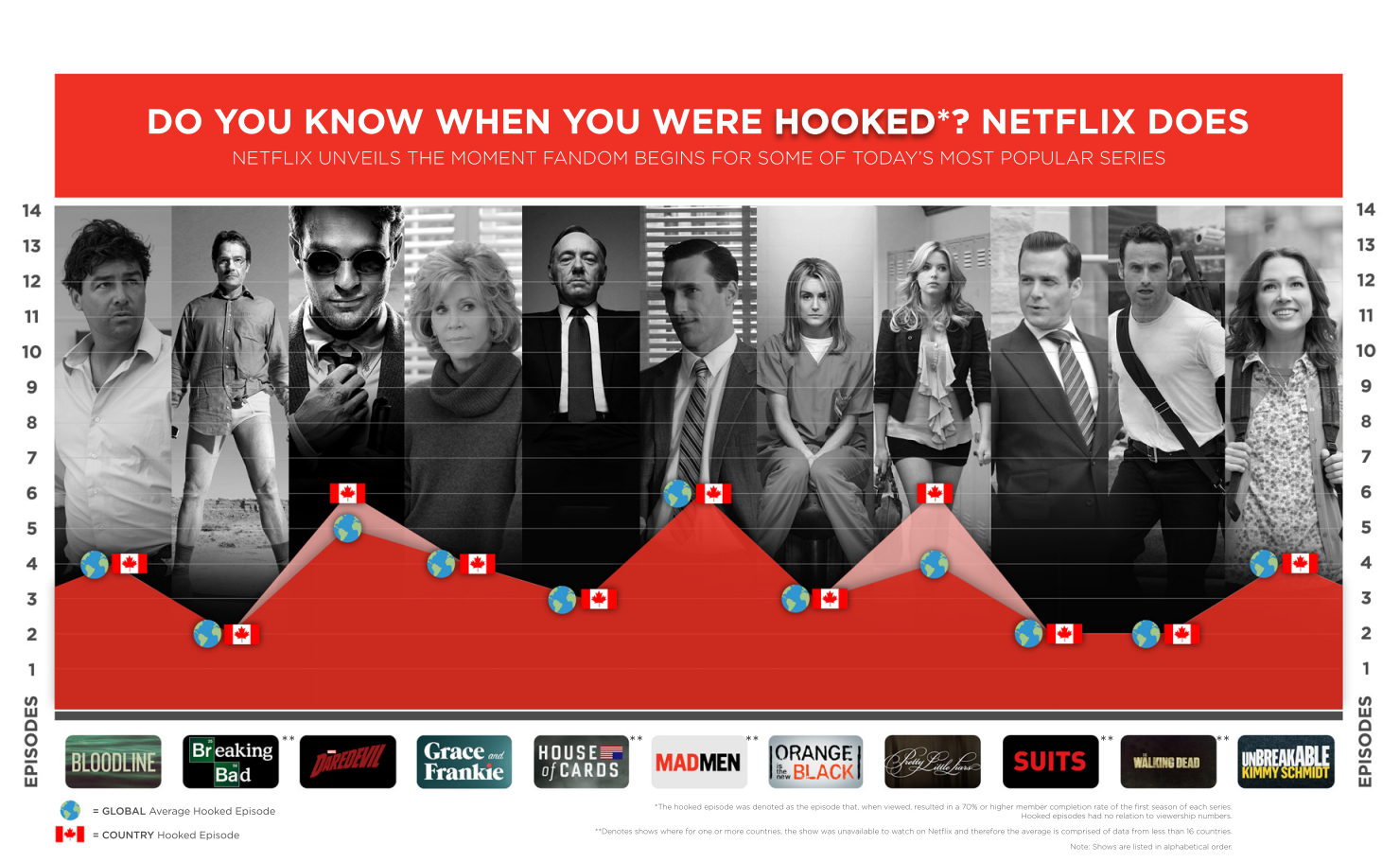 A significant part of why Netflix is such a great video streaming platform is due to the complicated mathematical algorithms that predict the type of content viewers might be interested in watching next.

In order to make these predictions, Netflix tracks everything users do on with their service and then often takes this data and uses it in creative ways. Recently the company revealed it has the ability to pinpoint exactly when a TV show sinks its hooks into the viewer, and surprisingly, that moment is rarely during its pilot.

Examining 20 different television shows from 16 different countries, Netflix was able to identify the exact episode where people became addicted to certain television programs, and the results vary depending on the TV show in question. For example, the second episode of Breaking Bad and Bate’s Motel is when people got hooked on those programs. When it comes to Mad Men, it isn’t until the sixth episode that viewers can’t stop watching Don Draper’s escapades. 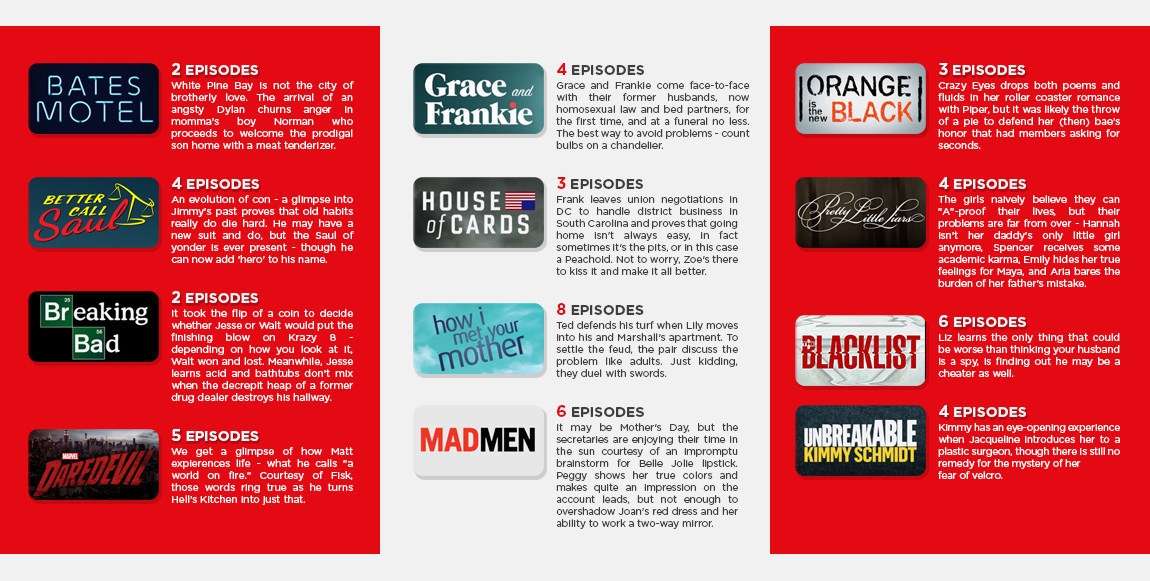 While Netflix is a platform inherently designed with binge watching in mind, it’s still interesting to see the specific moment when a viewer gets hooked on a show. Image credit: Netflix

Other content, such as How I Met Your Mother for example, take a little longer to grab viewer’s attention and only hook most watchers on the eighth episode. In terms of Netflix originals, viewers became addicted to Orange is The New Black by the third episode in the series, according to Netflix’s data.

Also, in some cases, worldwide data differs from Canadian-specific statistics. For example, worldwide Netflix viewers became addicted to Daredevil after the fifth episode, and in Canada, the TV show didn’t hook viewers until the sixth.

Perhaps more interestingly though, over 70 percent of people who viewed one of these episodes went on to finish watching the entire series.

“Given the precious nature of primetime slots on traditional TV, a series pilot is arguably the most important point in the life of the show,” said Ted Sarandos, Chief Content Officer for Netflix, in a statement sent to MobileSyrup.

“However, in our research of more than 20 shows across 16 markets, we found that no one was ever hooked on the pilot. This gives us confidence that giving our members all episodes at once is more aligned with how fans are made.”

It’s important to note that Netflix is a platform designed specifically with binge watching in mind, allowing viewers to avoid the rigid time slots and annoying commercials of standard cable television. In fact, most original Netflix content such as Narcos and House of Cards, release entire seasons at the same time, rather than the standard one episode per week format adopted by traditional networks.

With that said though, it’s still interesting to learn when viewers get hooked on a particular television show, especially when it comes to notable, critically acclaimed series like Mad Men and Breaking Bad.

So at least when it comes to Netflix, pilots really don’t make or break a series.