The company unveiled the new statue outside Building 43 on its Mountain View campus, where it does the deed every year. Other choices were Milkshake, Moon Pie and, of course, Maple Syrup. 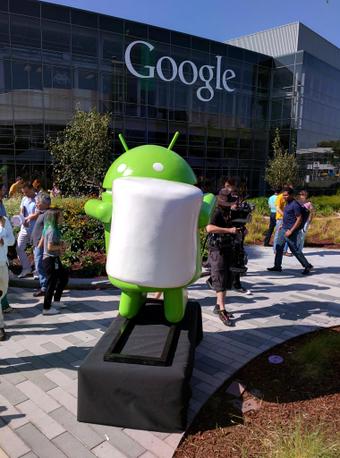 Now that we know the name, all we need is a date for its release. New Android versions are usually launched alongside hardware, and last night we saw our first glimpse of what is almost certainly the new LG Nexus 5.

Marshmallow will be released as Android 6.0, according to Google’s latest SDK listing.

Update: Google has posted a video outlining how the company thought of the name for Android 6.0 Marshmallow, how the statue was made, and also why Android versions are named after tasty treats.

Android M will have support for built-in visual voicemail