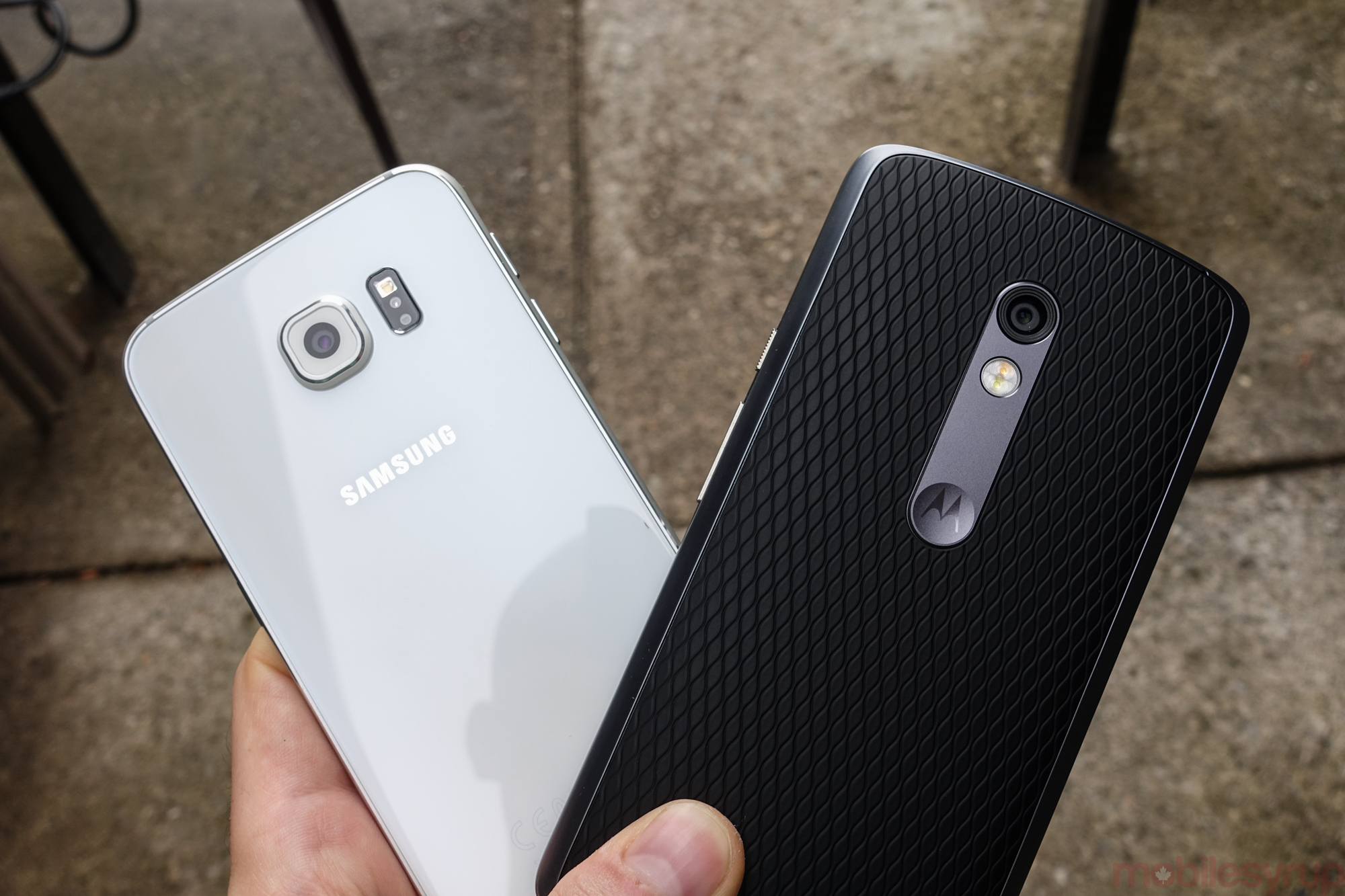 Can a $400 phone compete with one twice the price? That’s the question we’re asking with the new Moto X Play, which hits Canada towards the end of the month.

Lacking the high-end specs of the Moto X Style, which will be up for order on September 3rd in the United States and a few other countries not named Canada, the Moto X Play is the company’s push towards mainstream adoption. As components get cheaper and more powerful, speeds are feeds are becoming less important to the average consumer. All they care about is whether the screen is bright, the apps are smooth, the battery lasts long, and, perhaps most critical, the camera is reliable.

Thankfully, the Moto X Play shares many of the same components – a 21MP Sony sensor and F2.0 lens – as its more expensive Style counterpart, lacking only (from what we can tell) Phase Detection Autofocus, which makes focusing in tough lighting situations faster and more reliable, and improved post-processing with the upgraded Snapdragon 808 chip.

I’ve been shooting the Moto X Play against what many people (including me) consider one of the best camera phones on the market, the Galaxy S6, so let’s compare the results. 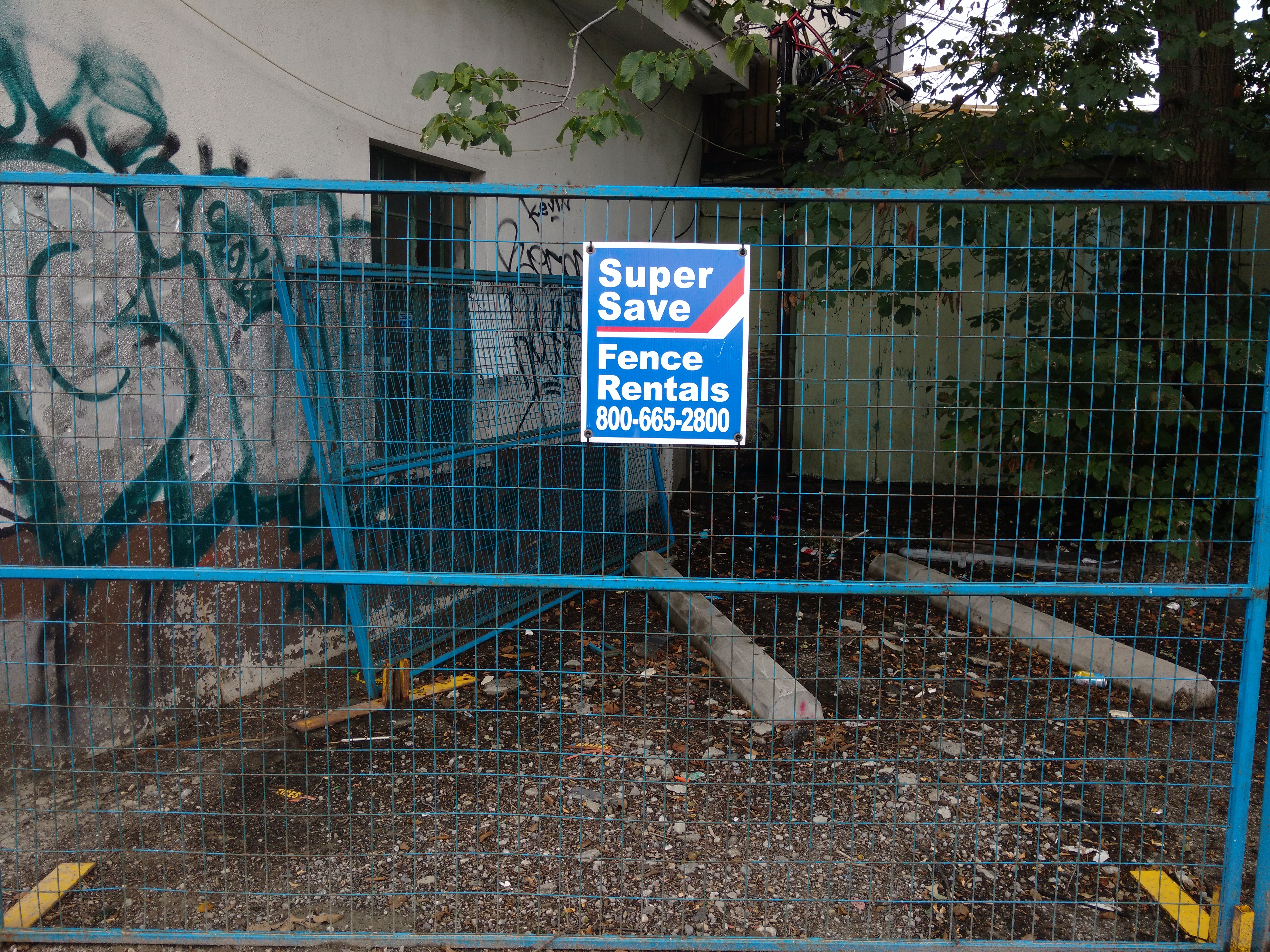 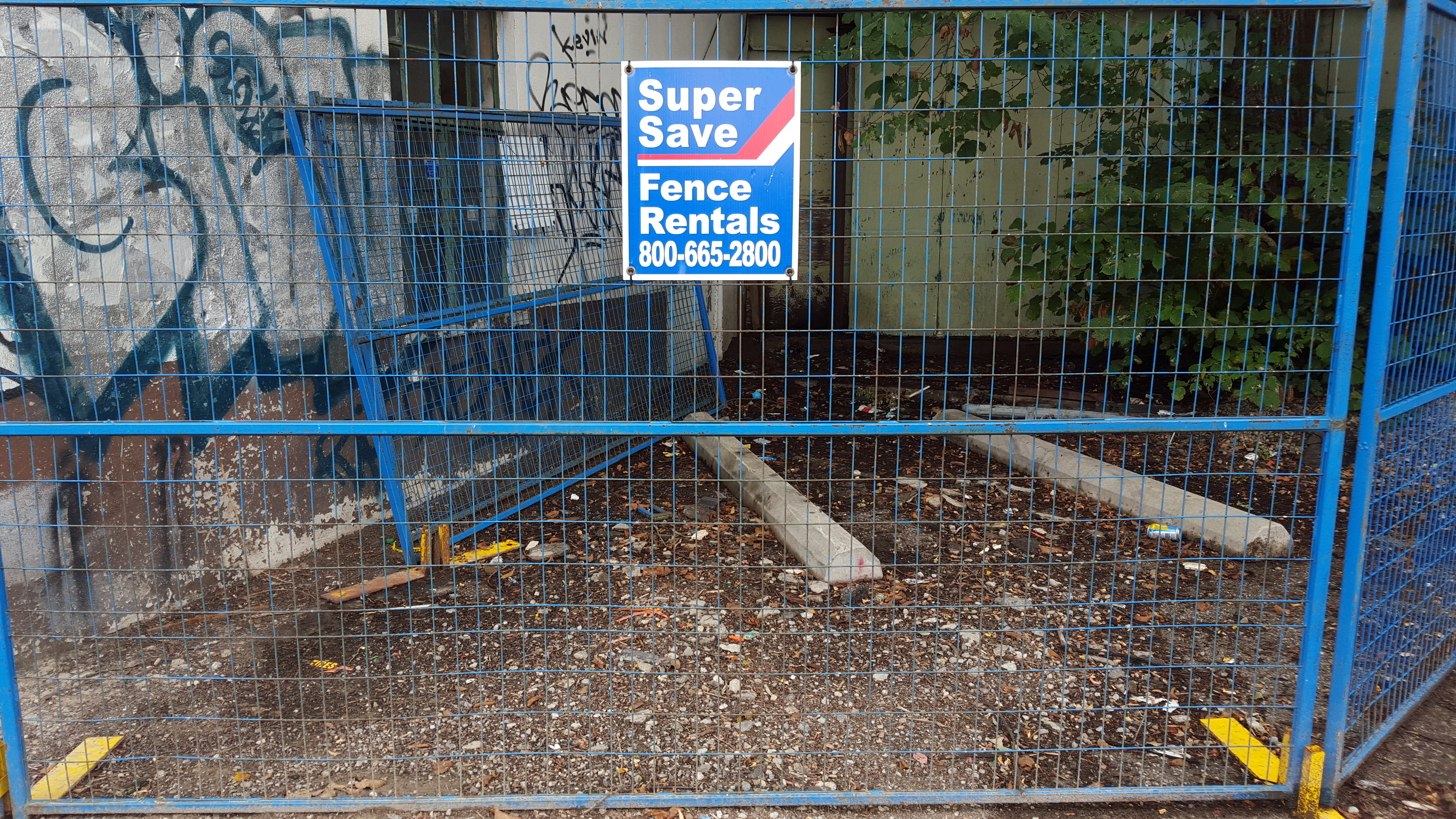 Takeaway: Both devices do well here, with the Moto X Play a little more conversative in its exposure. Shutter speeds and ISO levels are very similar (1/185, ISO 50 for the Moto X, 1/116, ISO 40 for the Galaxy S6) but the scene appears darker and more harshly exposed on the Moto X Play.

While the main foreground “Super Save” sign looks nearly identically on the two cameras, the background scenes are vastly different. The green in the leaves look washed out and very “digital” on the Moto X photo, while the Galaxy S6 smooths over even the background for a much cleaner, more presentable and “printable” look. 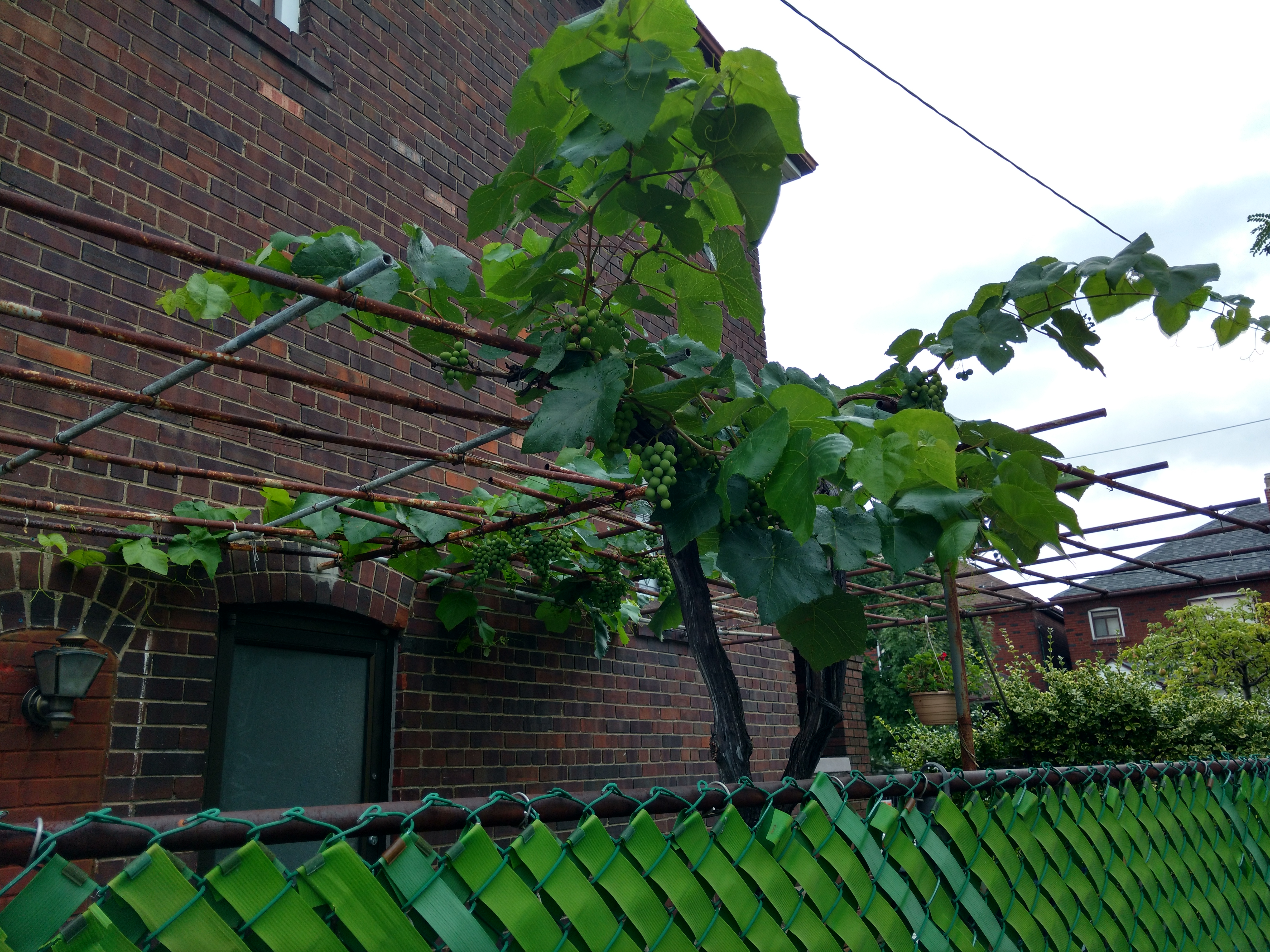 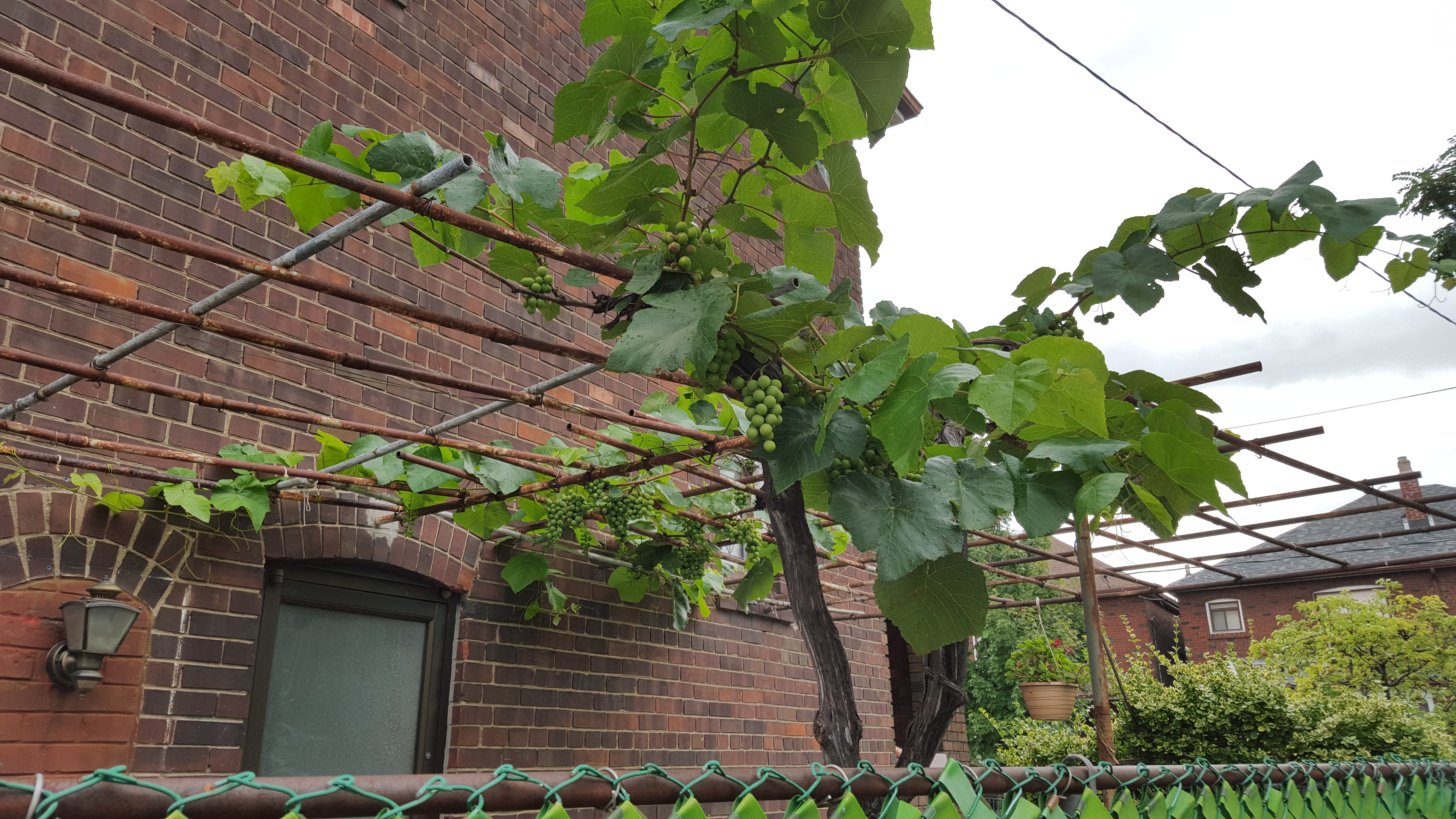 Takeaway: I had to come back to this one a couple of times to make sure there wasn’t something wrong with my settings. It appears that HDR mode is either broken, or extremely ineffectual on the Moto X Play, barely making an effort to correctly balance the relative darkness of the foreground with the bright overcast background. Despite taken in succession at 1/60 shutter speed, you can see the outlines of the second and (presumably third) photo in the tree’s leaves swaying in the wind. On the Galaxy S6, no such seams are visible.

The presence of chromatic aberration, or purple fringing, is evident around the edges of hard edges and straight lines on the Moto X, such around the black wire near the top of the photo. This is non-existent on the Galaxy S6.

The contrast between photos is even more apparent when comparing the darkened area of the brick wall behind the grape vine, which the Galaxy S6 exposes beautifully while the Moto X almost pretends it doesn’t exist.

HDR algorithms are tricky to get right, but Motorola has a lot of work to do in this area. 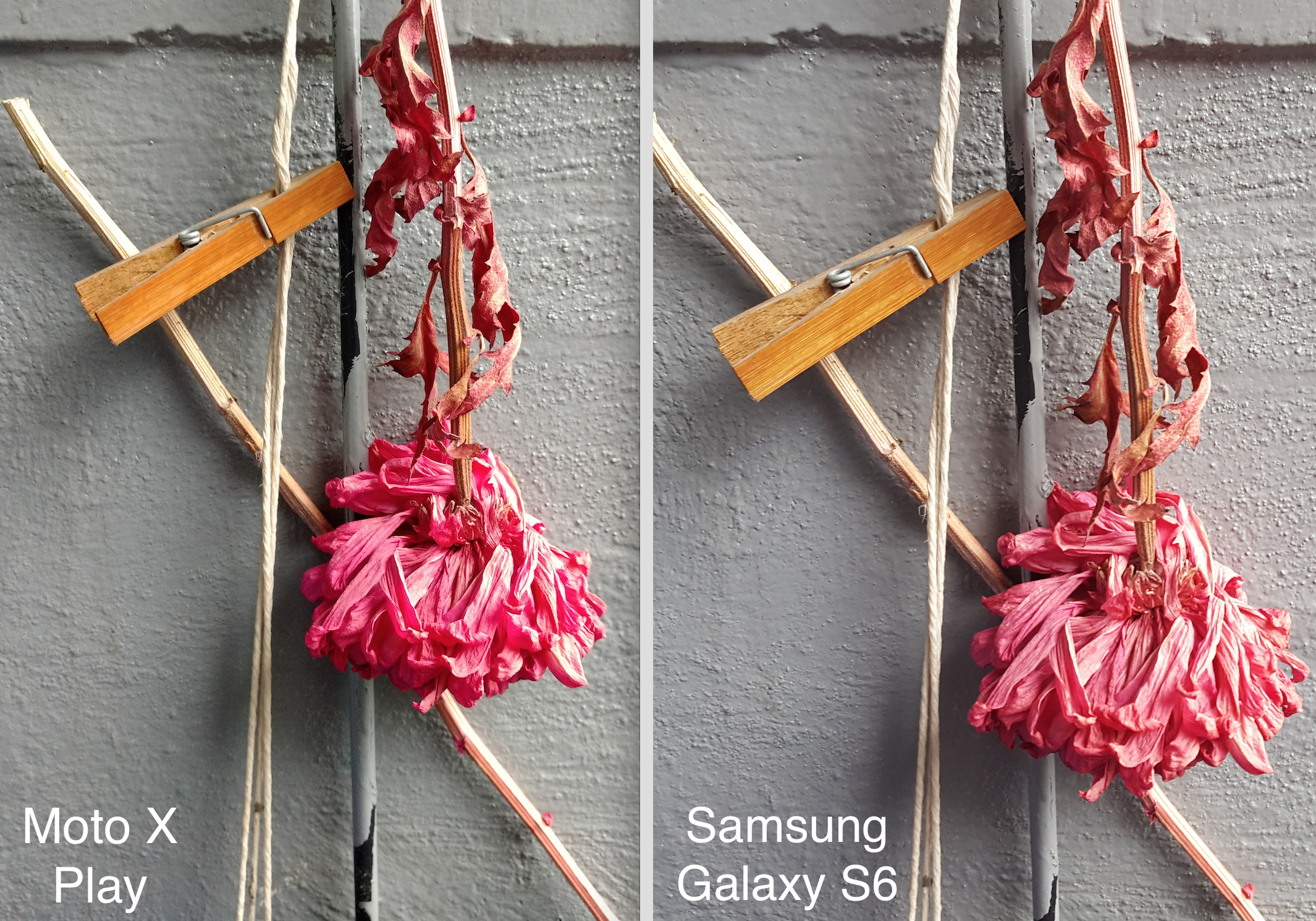 Takeaway: It’s clear that the Moto X Play saturates the flower’s hue too much, as the S6’s exposure is much more true to life.

The Galaxy S6 also captures more detail despite the lower-resolution sensor, as shown in the wood grain on the clothespin.

Both phones do really well here, though. 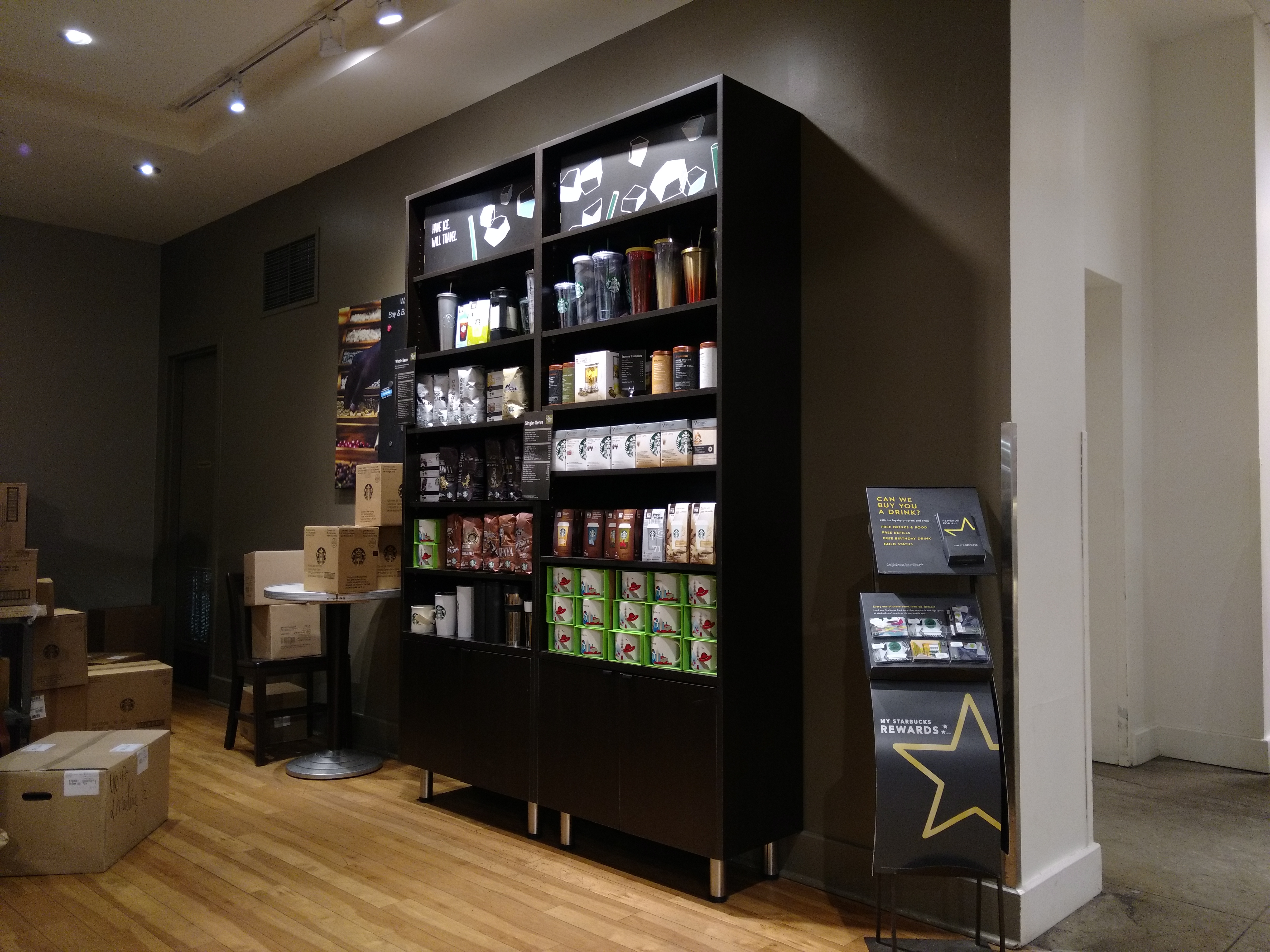 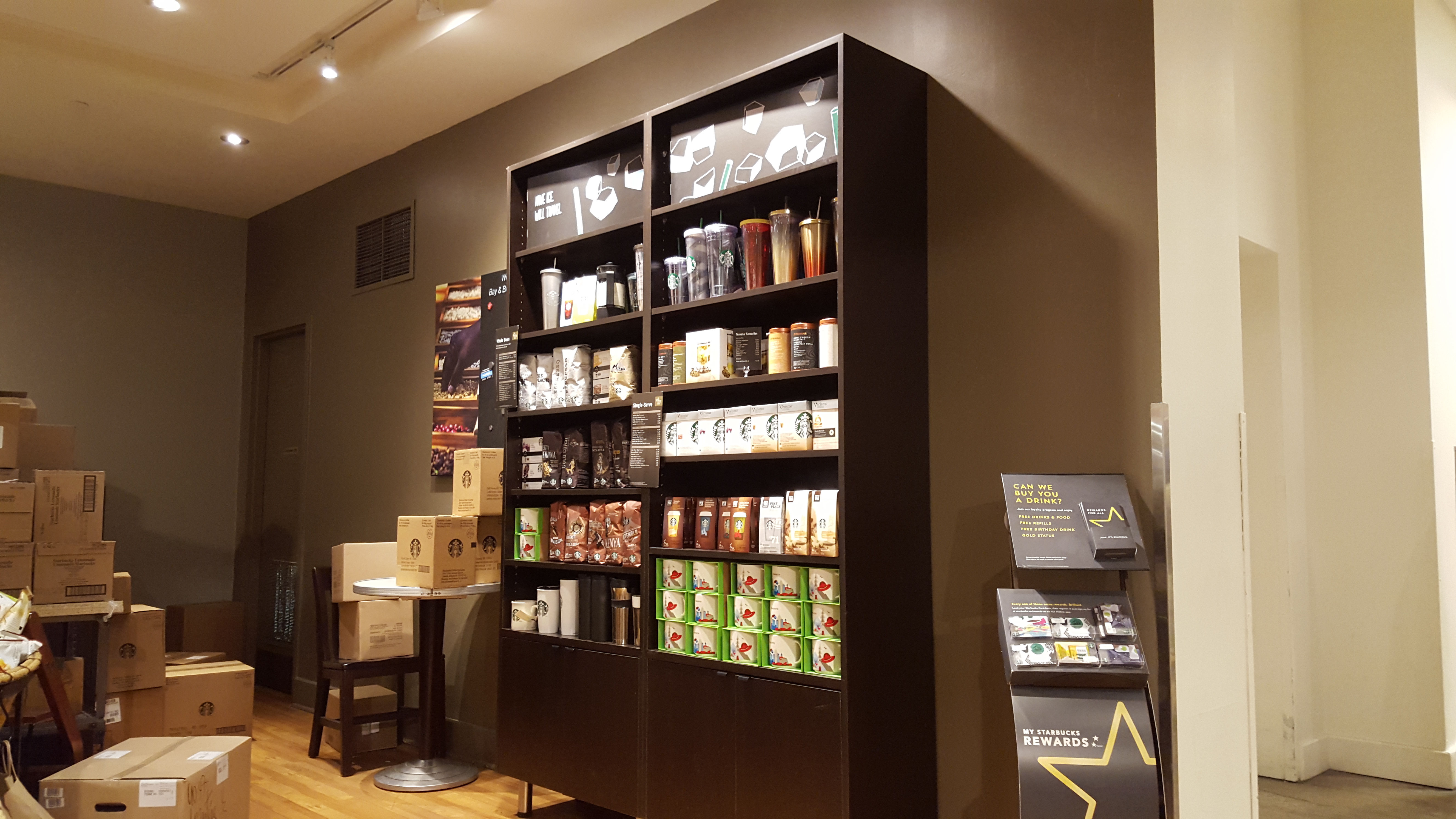 Takeaway: The Moto X’s extra resolution really shines through here, allowing you to see more detail, thanks to its higher-resolution sensor.

Comparing the two, the Moto X Play exposes the scene slightly more accurately, rendering the light from the halogen bulbs more true to their bluish output than the Galaxy S6’s more yellow-toned white balance. However, you can see purple fringing, or chromatic aberration, around the lights on the Moto X, which is indicative of lower-quality glass on the lens.

When zoomed in, the Moto X Play’s photo is grainier, but is less splotchy than the Galaxy S6’s. In this way, it is more true to life, and a manufacturer preference I prefer over artificial softening. 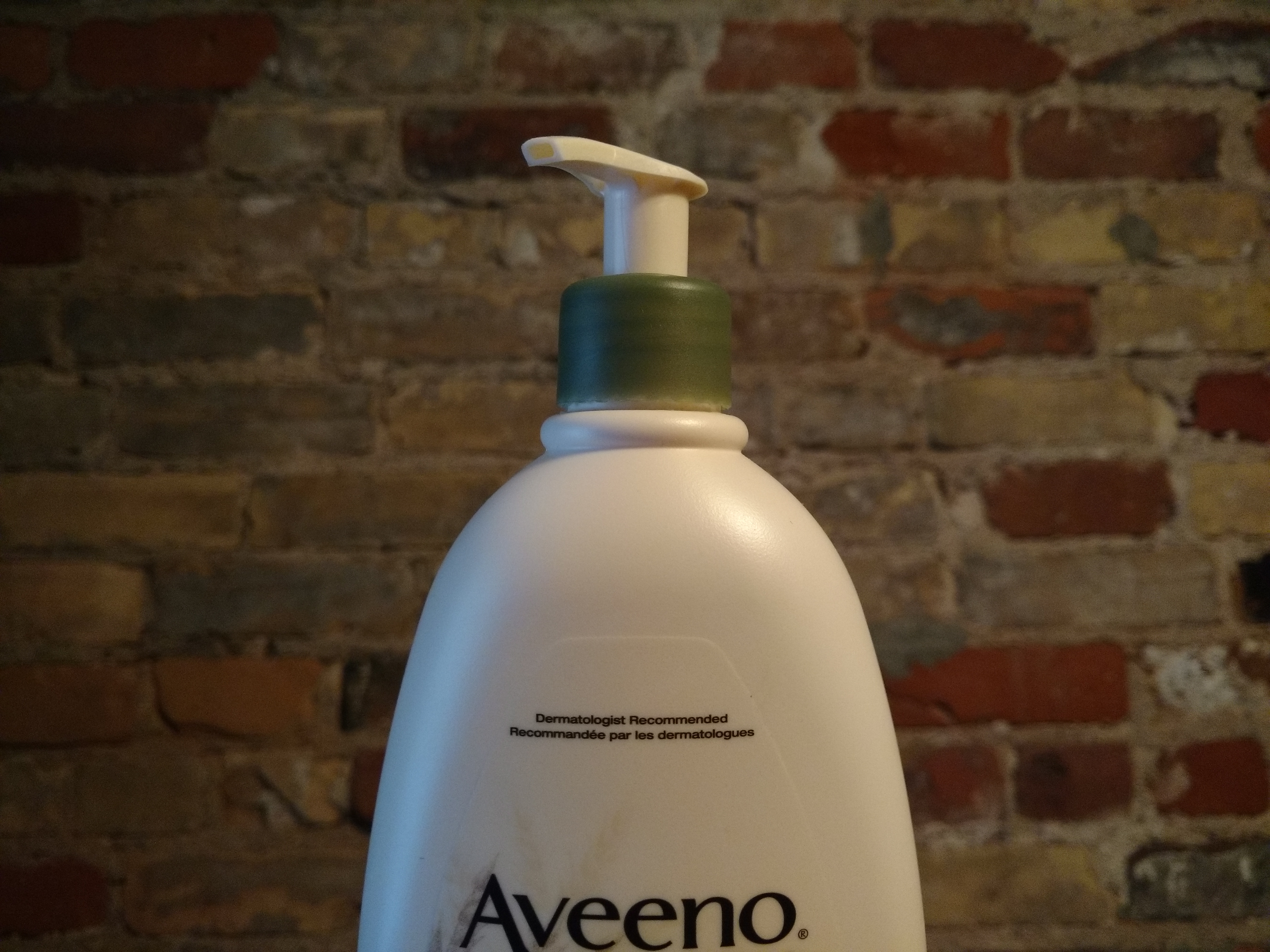 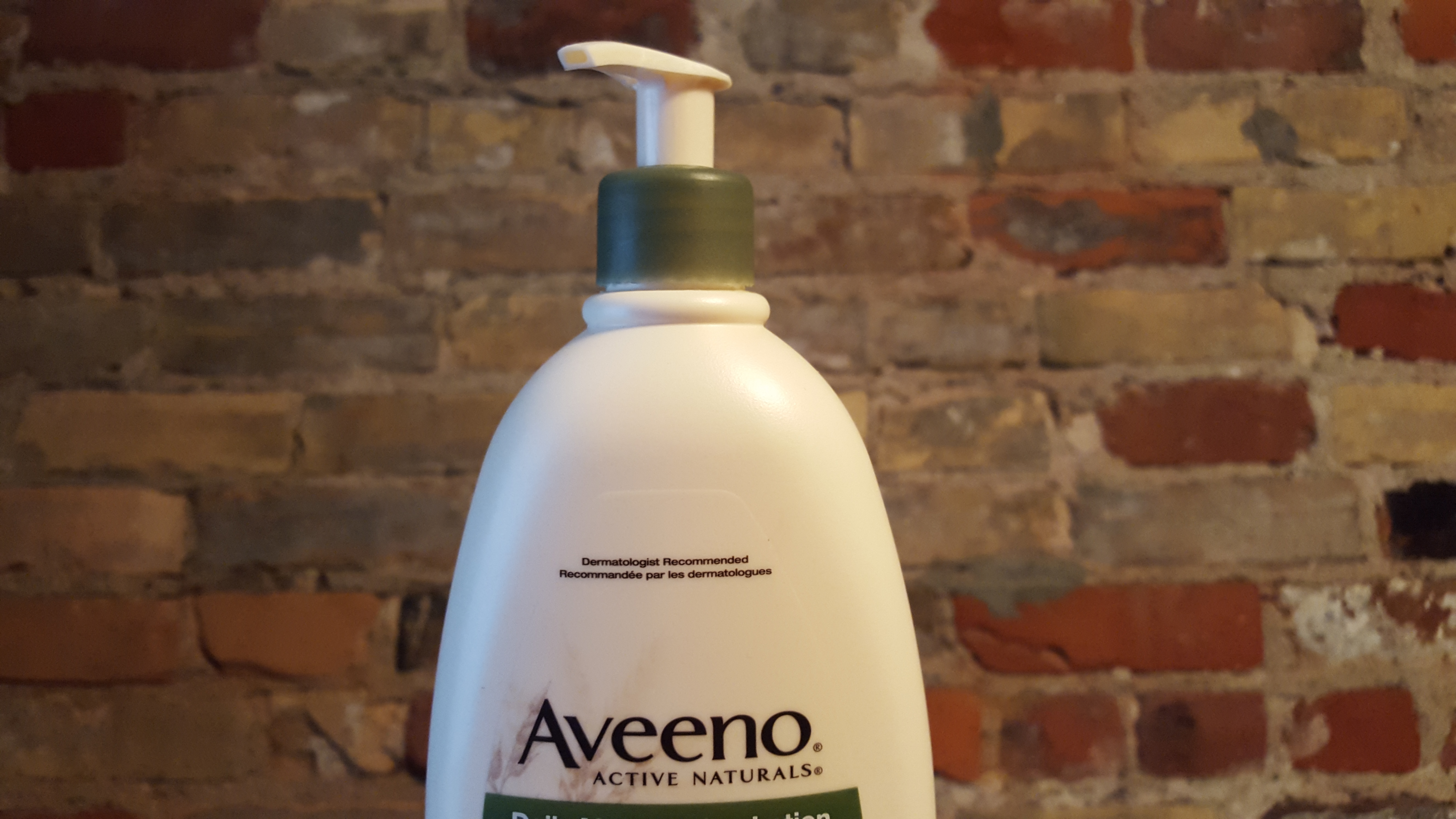 Takeaway: In this indoor scene, which is lit by a single ceiling bulb (and a familiar scene to anyone taking photos of people or things inside), the Moto X Play does well, and certainly better than the second generation version would have. To compensate for lack of optical image stabilization, the Moto X has a shorter shutter speed (1/35), which increases the light sensitivty to a slightly grainy ISO 400. The Galaxy S6 keeps the shutter open longer (1/20) but maintains an ISO of 250, which is reflected in the extra light and lower grain in the shot.

If you look closely at the writing on the Aveeno body, the Motorola phone applies significantly more of a sharpness algorithm, which is exacerbated by the JPEG compression. The Moto X can’t capture in RAW, where as the Galaxy S6 is theoretically capable of doing so. 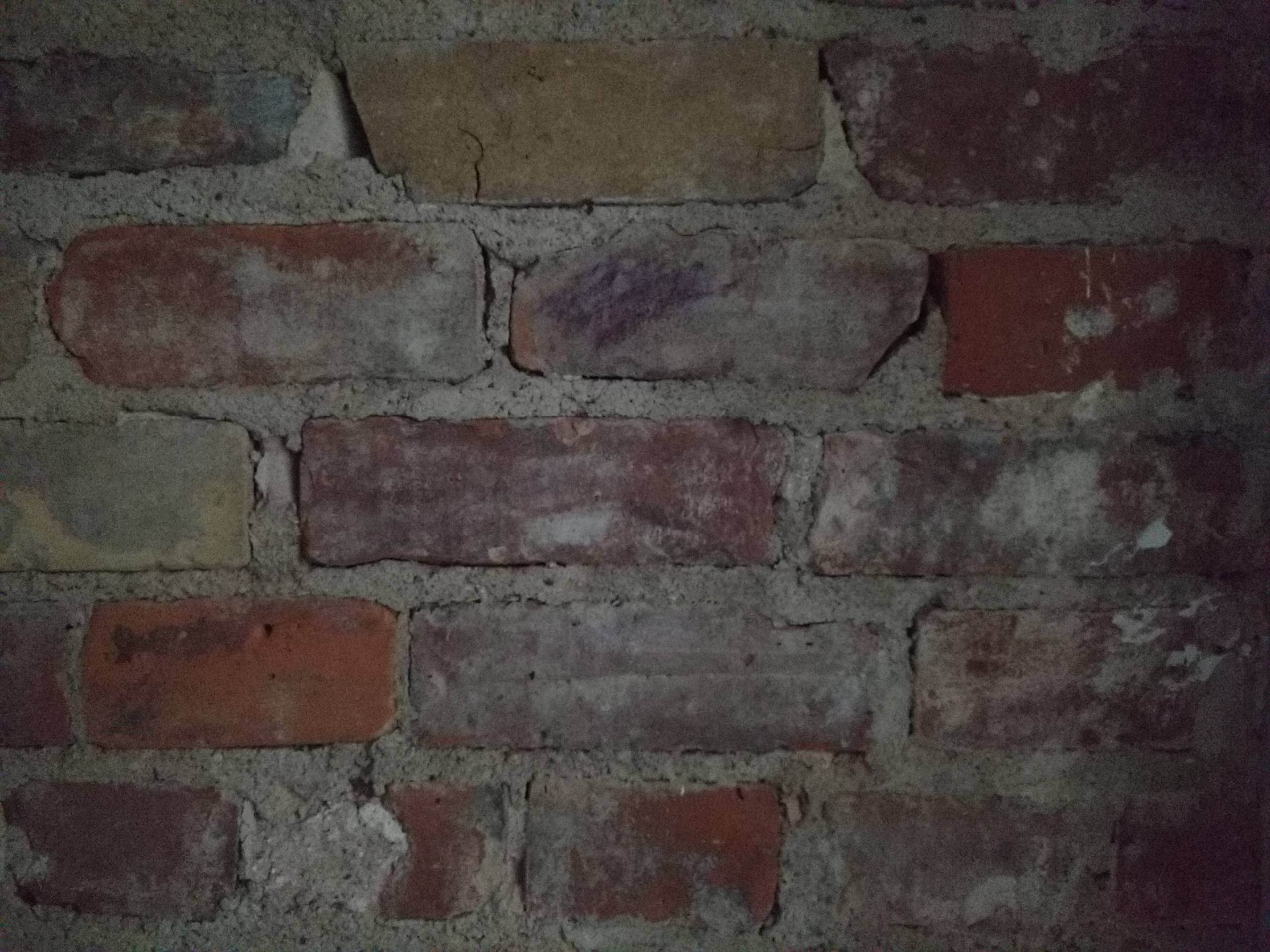 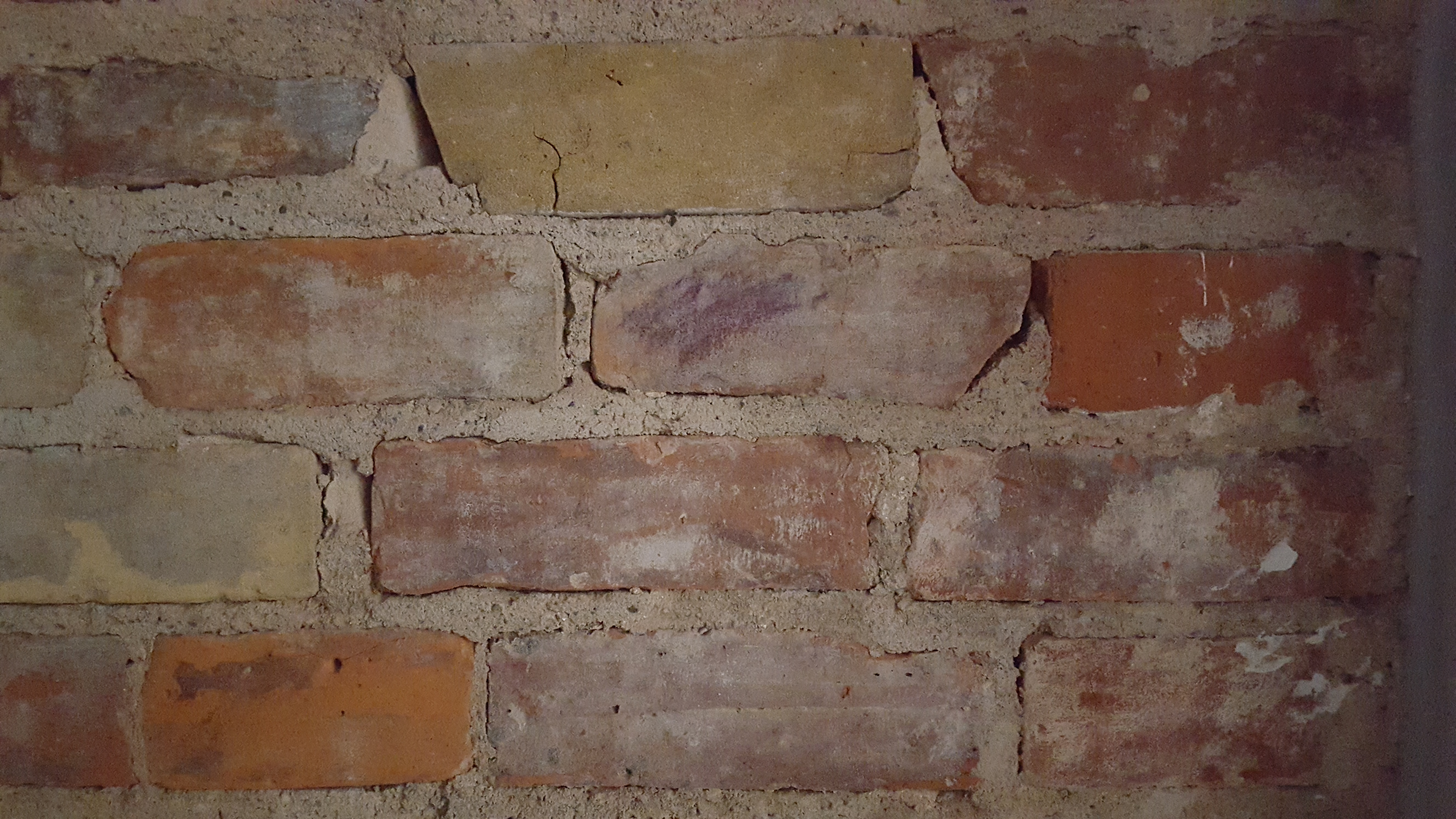 Takeaway: In this scene, which is of a brick wall in an almost-closed closet with a small amount of light peaking in, the Motorola phone uses its Night Scene setting to engage in a feature called Pixel Binning. On sensors with lots of resolution, pixel binning is the practice of combining multiple pixels into one larger surface area for light to hit, resulting in a much smaller photo (in terms of size) but one with, hopefully, higher fidelity. Here, the Moto X struggles, even with Night Mode enabled. The company appears to have set a limit of 1/15 for the shutter speed, even in the lowest-light situations, forcing the light sensitivity up to ISO 2500. Sensor grain is very prominent here, even as the phone has trouble focusing.

The Galaxy S6’s automatically-enabled Night Mode doesn’t share any stats, but it doesn’t appear to use pixel binning. Instead, it seems to combine multiple exposures, sort of like a specialized HDR mode, to achieve these much-better results. While grain is still evident on the sensor, detail is much higher. 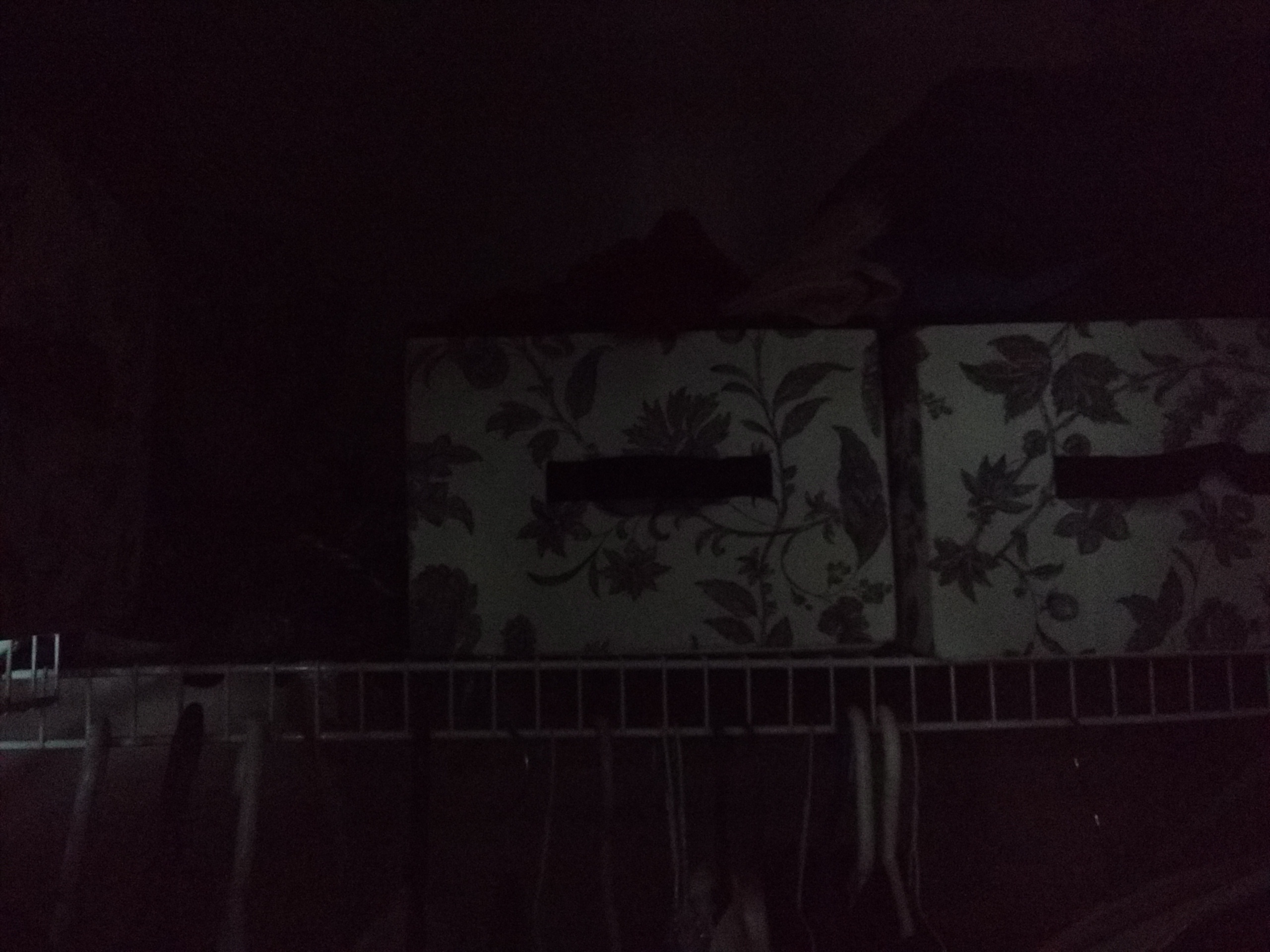 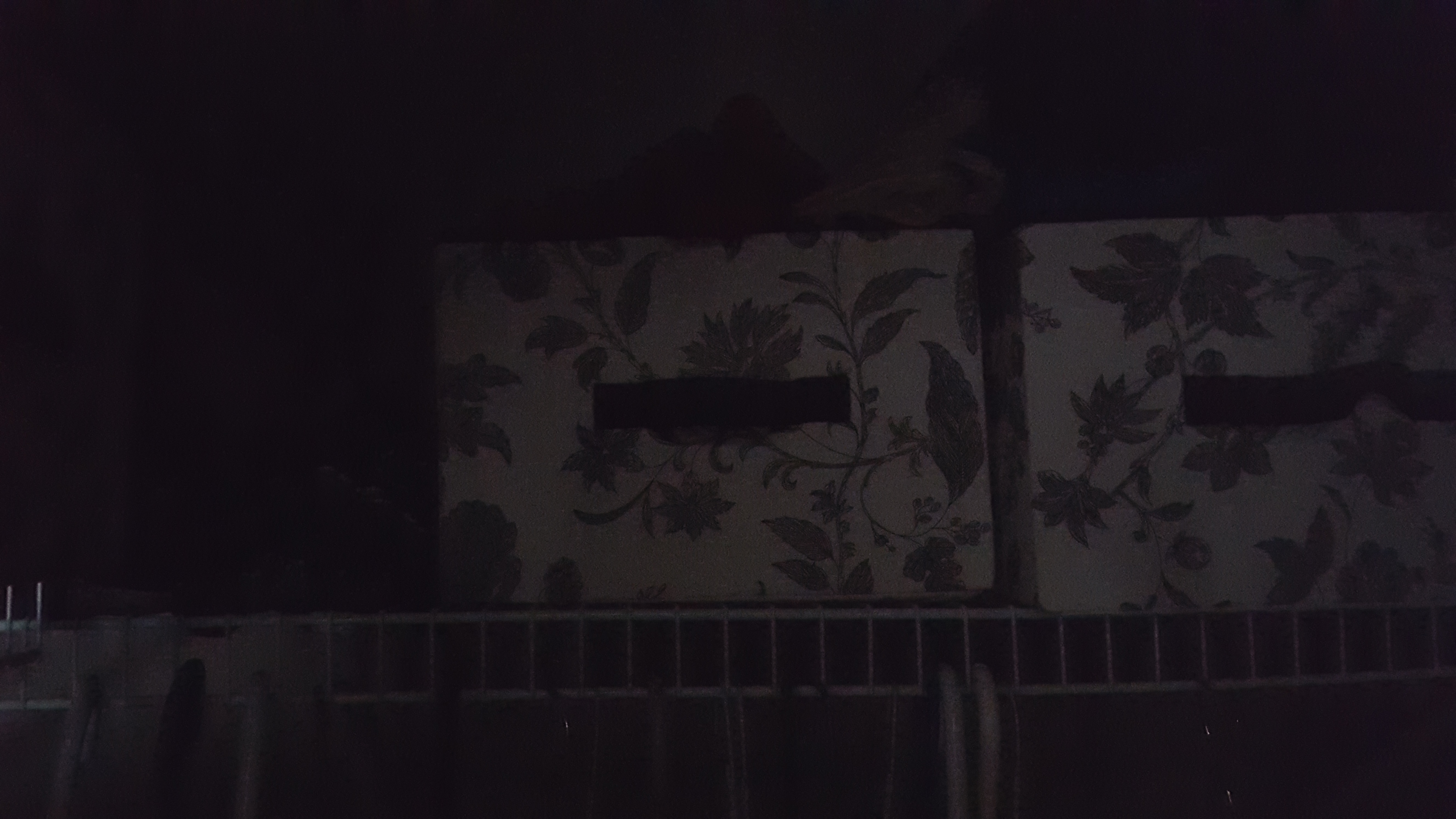 Takeaway: This isn’t really a fair fight, but it shows that in situations of very little light, most smartphone cameras reach bottlenecks very quickly. While it’s possible to see slightly more of the closet scene on the Galaxy S6, both cameras struggle to pick up anything resembling detail.

The good news is that a similar photo taken on the second-generation Moto X would have come out pitch black, as Motorola used a much less sensitive sensor in last year’s model.

This was an unfair comparison from the start, and that was on purpose. But in the increasingly competitive world of mid-range Android smartphones, where $400 Moto X Plays are giving pause to people contemplating the purchase of a Galaxy S6 or LG G4, which cost more than double in some cases, it must be made.

Motorola really pushed its imaging prowess this year, framing it as the most significant improvement over last year’s Moto X. And it is true: this is a really great camera, and one that anyone, not just someone buying a $400 phone, should be happy to use.

That said, though, the limitations are clear, though many of them seem to be related not to the sensor or lens but the inferior image signal processor and camera app. That Motorola doesn’t adhere to Google’s new Camera2 API, and therefore opens no manual controls to its users, continues to be a point of frustration for me and many other photography enthusiasts excited about this year’s Moto lineup.

With the Moto X Style arriving early next month, with its upgraded processor, autofocus mechanism and ISP, results could be significantly different. But I fear that Motorola won’t do what it needs to on the software side to take advantage of the great hardware they’ve put together.