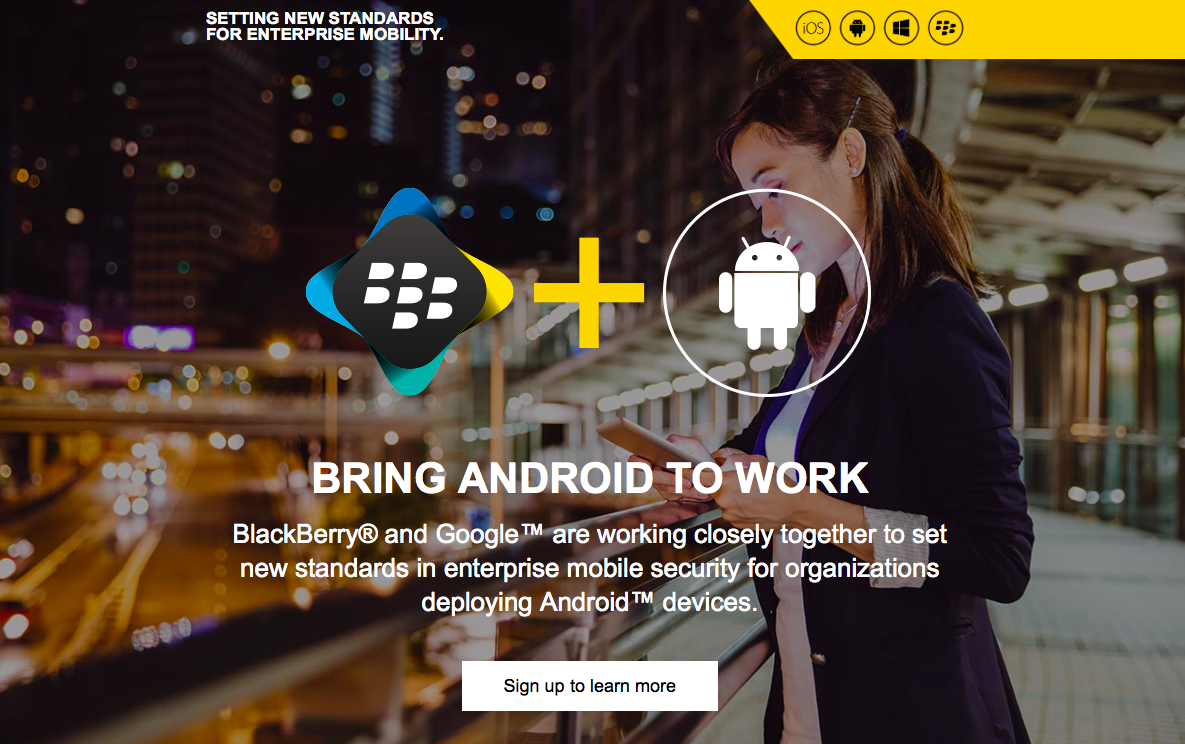 Only a day after the news broke that BlackBerry had registered two Android-related domain names, it’s now possible to see the contents of one of those sites. Navigating to AndroidSecured.com today redirects to a splash page that details the benefits of employing BES12, BlackBerry’s enterprise security solution, on Android Lollipop.

“BlackBerry and Google are working closely together to set new standards in enterprise mobile security for organizations deploying Android devices,” says the new webpage. The page then prompts the visitor to sign up for news updates, and lists some of the benefits of using BES12, including end-to-end security and a unified administrative setup.

So, this is not quite the Android-powered BlackBerry device most people were hoping for, but it’s still a significant partnership between the two tech companies. As I cautioned yesterday, there were a lot of reasons why BlackBerry might have registered those two sets of domains—many of them having nothing to do with hardware.

Of course, there’s still the possibility that the two companies will collaborate on a piece of hardware, though, to my mind this type of partnership makes a lot more sense based on what John Chen and company have said in the post. The BlackBerry CEO has said repeatedly that software was going to be the company’s path to returned profitability, and this partnership neatly fits into that paradigm.

Then again, these leaks are fairly enticing.