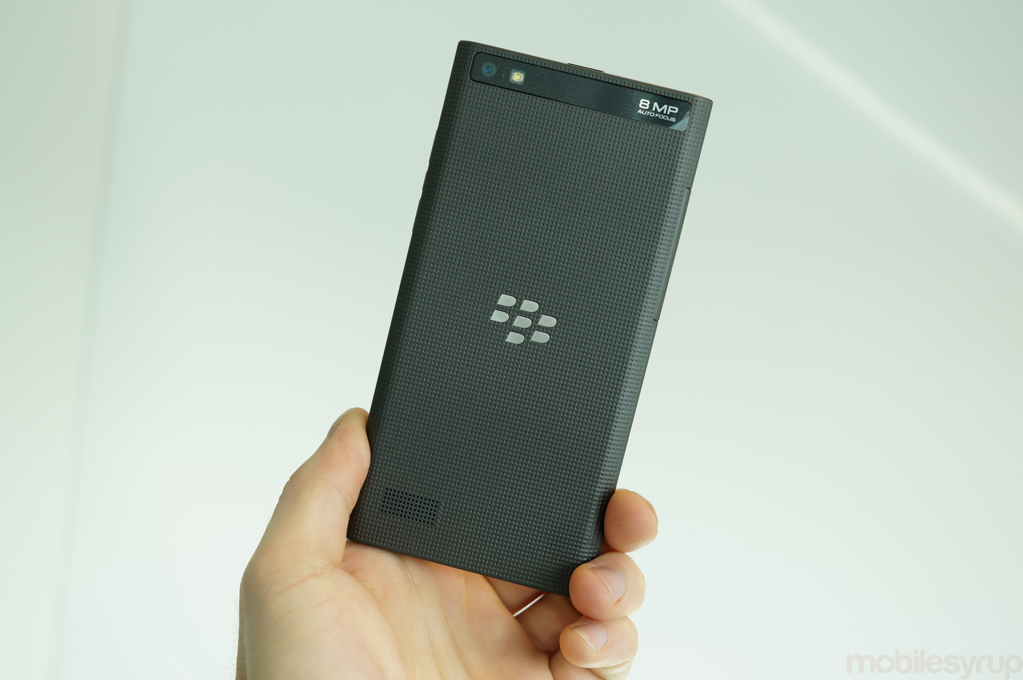 BlackBerry is still in the smartphone game, but the company continues to struggle to convince customers to buy them.

The company issues its fiscal Q4 2015 earnings today and came away with a small profit of $28 million, or $0.05 per share, on revenue of $660 million. While the company is officially in the black for the first time in several quarters — last quarter, the company announced a tiny non-GAAP profit, but a GAAP net loss of $148 million — revenue is down significantly.

BlackBerry’s main issue continues to be the loss of smartphone customers. It recognized sales of 1.3 million devices, down from 2 million in the previous quarter. And while ASP (average sales price) increased to $211 from $180 thanks to the Passport, the overall revenue hardware breakdown dropped from 46% last quarter to 42% in the three months ending February 28th. Revenue from software increased 2% to 10% of overall revenue, while services increased 1% to 47%.

John Chen’s goal of earning $500 million from software has not yet come to fruition; BlackBerry did earn $67 million in the quarter, a respectable 20% jump from the same period a year ago, but BBM stickers and vanity PINs have yet to make a substantive difference to the company’s bottom line.

Some of that lost hardware revenue is the result of a delayed rollout of the company’s latest two smartphones, the Passport and the Classic, in the United States. North American revenue dropped $8 million in the quarter to $205 million, though BlackBerry’s most lucrative market, Africa, dove a worrying $83 million in the same period, from $366 million to $283 million.

Ultimately, while BlackBerry can’t be seen as being in a particularly healthy quarterly cycle, it is now cash flow positive thanks to severe cutbacks within Waterloo, and there is enough cash and investments — $3.27 billion, a $608 million increase over the same period a year ago — to ward off any sudden downturns in its future.

John Chen said in the earnings release, “Our focus this past year was on getting our financial house in order while creating a multi-year growth strategy and investing in our product portfolio. We now have a very good handle on our margins, and our product roadmaps have been well received. The second half of our turnaround focuses on stabilization of revenue with sustainable profitability and cash generation.”