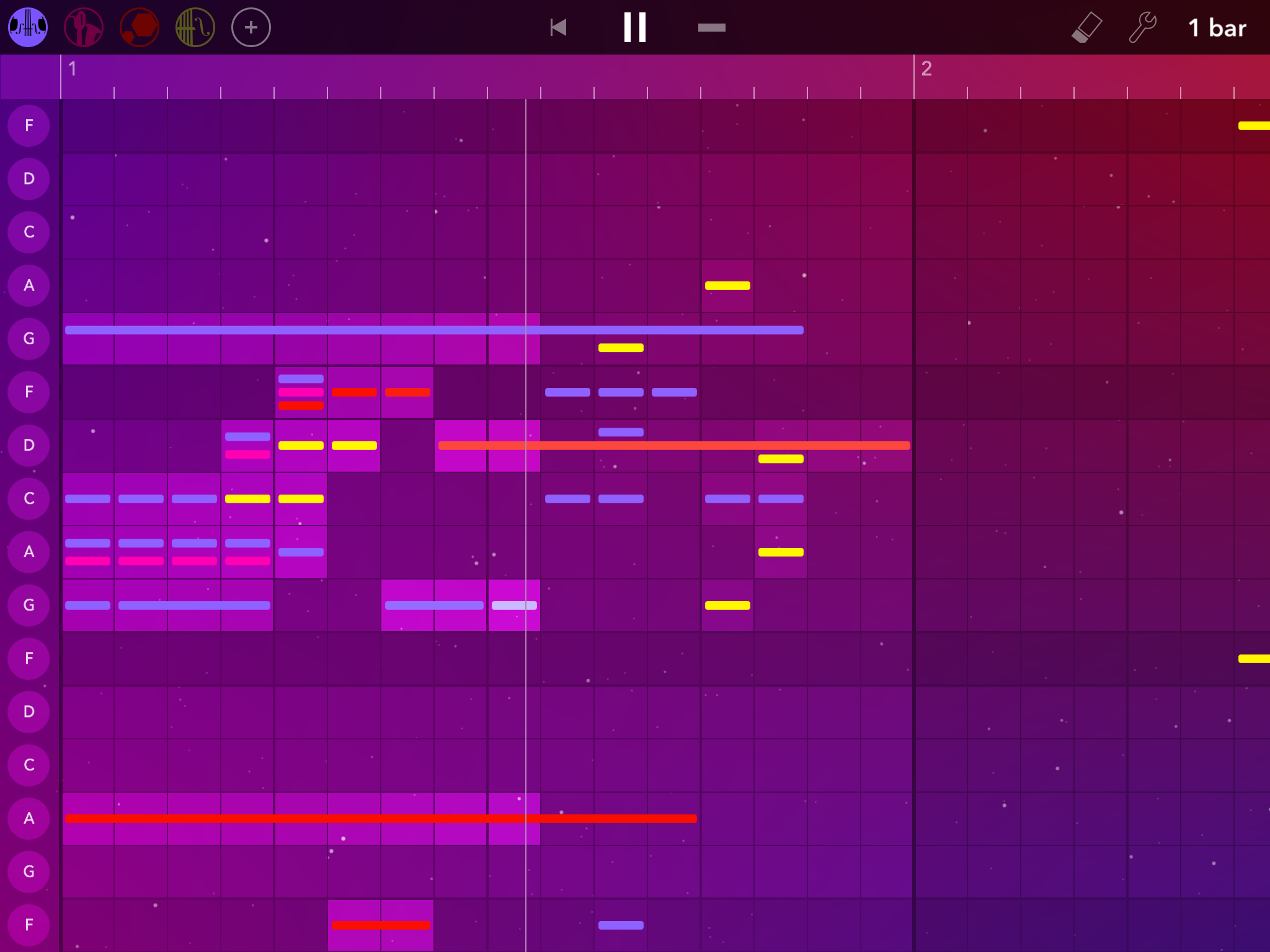 Making music is hard. To someone unfamiliar with its language, the notion of reading symbols on a paper and transmuting them to one of a number of absurdly complex and beautiful instruments is often overwhelming and seemingly impossible.

And yet humans connect with music on a cellular level; brain scans have shown that one’s response to hearing a beautiful aria or jamming to a great guitar solo evokes feelings similar to the appreciation of a great meal, or even, with favourite songs, the love of another person.

The mystery around our connection to music has deepened even as our access to it has both simplified and commoditized. It’s remarkably easy to access nearly every song ever recorded, for a low monthly fee, and to do so almost anywhere, in any situation.

But while the consumption of music has eased, the creation of it has not. It still takes an expert hand, a steady work ethic and a fair amount of trial and error to write something that one would consider a song, but the digitization of tools have led to a proliferation of tools, both for experts and beginners, that make it easier to create something that resembles music.

Medly Labs began its life at the University of Waterloo, winning $25,000 as one of the finalists in VeloCity’s Spring 2013 Venture Fund pitch-off. Back then, the company, and the app, was called SoundBrush, and quickly grew to be one of the easiest ways to create music on the iPad.

The app’s name alluded to its main input method: users painted, as with a brush, a series of musical notes on an endless roll, with the option of switching between one of a number of instruments. After a number of updates and over 300,000 downloads, SoundBrush disappeared, as did the company with the same name.

Co-founder and CEO of the newly-renamed Medly Labs, Basil Al-Dajane, wouldn’t tell me why the company abruptly removed SoundBrush from the App Store, but it was likely due to a trademark dispute with a music label of the same name.

Now, with a revamped brand and renovated app, Medly is set to inspire a whole new group of music novices to create music in a similar fashion.

“What Paper is trying to do with drawing, we’re trying to do with music,” Al-Dajane tells me. Paper, the popular drawing app that many consider the best example of using the iPad as a creation tool, is clearly the inspiration for Medly’s user interface and experience.

As users move along the virtual roll, adding and modifying notes on a beat, they can navigate forward and backward using two fingers, or undo the last few additions with a counterclockwise three-finger circle.

Like Paper and its various utensils, Medly users get a free starter instrument pack featuring piano, drum kit and synthesizers. But with 78 instruments in total, the rest are divided into separate $2 packs, with the entire Band Pack collection available for a one-time $8 fee.

With so many options, though, Medly users can quickly find themselves overwhelmed by choice; the company plans to ease them into the workflow with six free demo songs, easily customizable, and a number of in-app and video tutorials.

“Everyone has a song in them,” says Al-Dajane, who tells me the team has been quietly working on Medly for nearly 18 months, trying to make it as easy as possible for novices to pick up and use.

“Medly is very much targeted towards the music novice. We painstakingly took a lot of time to remove as much music terminology, and abstract away music concepts as possible, so users can really dive in and make music.”

Music creation isn’t something new to mobile, but it continues to be one of its most lucrative and varied app genres. One of the best-known examples is San Francisco-based Smule, which became well-known for its dirt-easy AutoRap, Ocarina, Songify and Guitar! apps, though it may best be known for I Am T-Pain, which blew up around the time AutoTune was ubiquitous in almost every pop song.

Medly approaches things differently, and a bit more earnestly, than Smule, but it maintains the simplicity of wanting to make the act of creation just as easy.

I played with a beta version of the app prior to its release Wednesday, and while I found it tremendously enjoyable to combine the rapid timbre of a snare drum with the dulcet release of a baritone saxophone, I was completely lost in my attempt to create a song.

While the app lacks a direct social component, users have the choice of sharing a completed song to Facebook, YouTube or Twitter, either as an audio or video file. And because no piece of art is truly ever finished, Medly allows users to export the entire song file itself to others can take a stab at improving, or remixing, what’s already there.

Medly is available for free for iPad on the App Store.