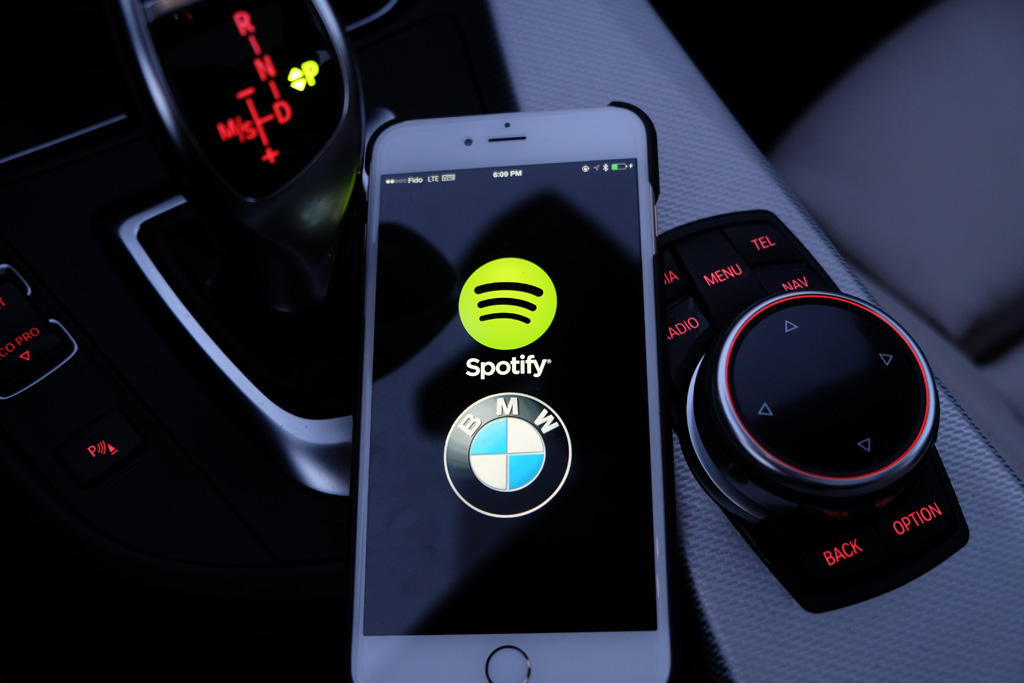 BMW is known as a luxury brand in Canada, and driving one is something of a status symbol. German engineering has its own reputation under the hood, but the technology in the dash poses challenges that the famed automaker, and the auto industry, as a whole, is still struggling to resolve.

The company’s ConnectedDrive infotainment system has gone through a number of iterative changes — some good, others forgettable — over the last few years in a bid to better integrate smartphones. With 2016 models rolling out this year, is the current version good enough to break out ahead of the pack?

I had the opportunity to test this in two BMW vehicles: the 2015 7 Series Sedan and the 2015 435i xDrive Gran Coupe. They came fully loaded with the same system, so this review summarizes my experiences using it in both.

These two vehicles, with all their upgrades and added features, are over $180,000 combined, so it’s well worth asking if the infotainment system that comes built-in earns its stripes. 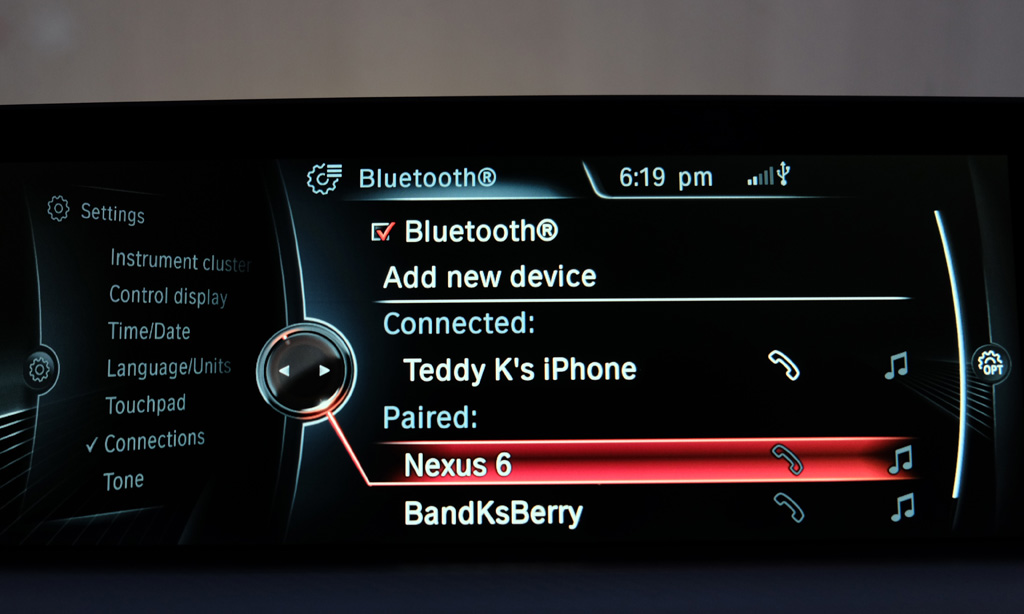 ConnectedDrive is the Internet and smartphone component of iDrive, BMW’s all-encompassing infotainment system, which relies heavily on the rotary wheel in the centre console for navigating menus on the 7-inch display. Other German automakers, Audi and Mercedes-Benz, as well as Hyundai, Mazda and Infiniti have all copied or expanded on the same concept since BMW first rolled it out in 2001.

The armrest compartment has a USB port, Aux-In and smartphone cradle inside. The 7-inch display isn’t touch-enabled because the menu interface has been specifically engineered to work with the rotary wheel. Seasoned BMW drivers are probably acclimated by now but it does have a learning curve, especially when it comes to the limited app integration.

The cradle gives the impression of snazzy integration, and it works well enough when you have a phone that actually fits in it. Except in these particular vehicles, only the iPhone 5 and 5s were compatible. Why BMW would waste space and resources this way is unclear to me, given that the iPhone has moved on to larger form factors, and there is no one-size-fits-all design philosophy for smartphones to begin with. A wider cradled space with wireless charging functionality would be far more versatile.

And so, for hardwired connections, the USB port is really the only option. At least it is a USB port, unlike Audi, which uses a proprietary plug requiring a special cable you can only buy from them.

The hardwired connection has a software element to it through BMW’s free Connected app for iOS and Android, which integrates supported apps into the system for direct navigation. For example, when you plug in your phone and launch a compatible app, like, say, Spotify or Stitcher, it will push the information to the screen, allowing you to navigate through playlists, tracks, stations and so on using the rotary wheel. Unfortunately, this is almost exclusively a feature of the iOS app, leaving the Android one drastically short-handed. 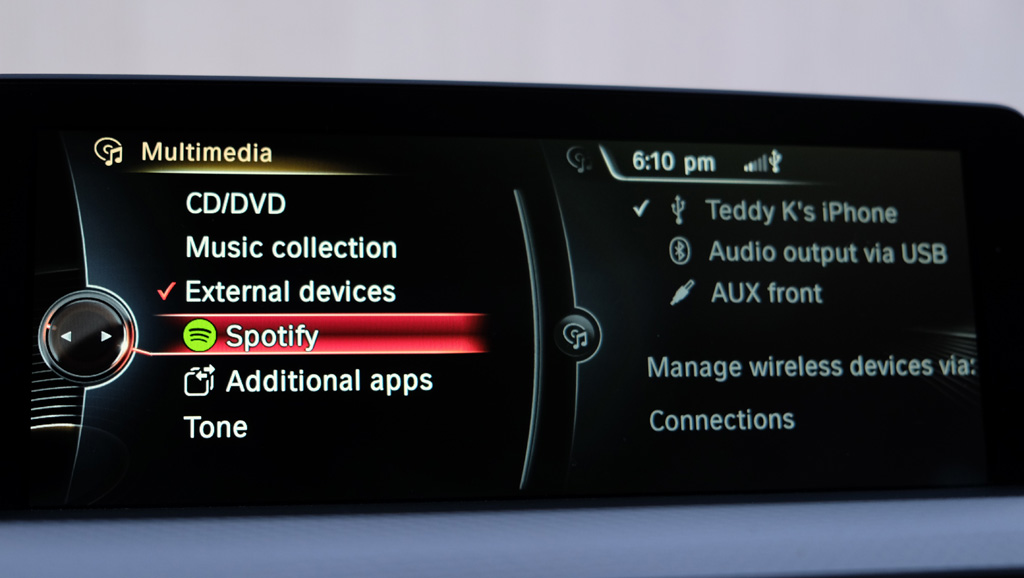 Pairing a phone with the system via Bluetooth is seamless, regardless of which platform you’re using. Making calls, taking calls and streaming music is also well done and easily managed. Metadata for songs will show up on screen, though you can only skip or reverse tracks, not scroll through a playlist to choose songs as you go along.

When plugged in, the advantage falls squarely on iOS. The Connected app supports Spotify, TuneIn, Deezer, Stitcher, Aupeo and Audible, among a few others. You can also log in to your Facebook and Twitter accounts and post directly from the car using a preloaded set of generic phrases that can include location data — a feature that seems to make little sense.

Using my Spotify account, I was able to navigate through my created playlists and browse through the various menu options the service offers. Searching for something wasn’t easy, and because Siri has no third-party app integration, it wasn’t possible to do it by voice anyway. What I also didn’t like was that BMW’s system is finicky about sequence. If the Spotify iPhone app was already open when I started the engine, I had to close it, plug the phone into the USB port, open the ConnectedDrive app, close that, and then go and open Spotify. From there, I had to select Spotify on the display itself within the ConnectedDrive menu.

Luckily, I found a workaround. By keeping both ConnectedDrive and Spotify open in the background on my iPhone when I got in the car, I plugged in and launched Spotify straightaway. I then selected it from the ConnectedDrive menu on the screen and was listening to music in seconds. It felt good to have achieved this minor victory, but the convoluted experimentation was at the expense of being convenient.

In contrast, I couldn’t get anywhere with an Android device. Android’s ConnectedDrive app is woefully underserved, offering almost none of the third-party app support iOS users can enjoy. Other than Facebook and Twitter, plus a little diagnostic and distance tracking, the app is almost entirely useless. Mind you, part of this isn’t BMW’s fault. The fragmented nature of the operating system, coupled with the variations in each manufacturer’s phone, makes it difficult to harmonize support. That’s an industry-wide fact. Still, it’s hard to explain how stock Android devices like the Nexus 5, Nexus 6 and Moto X (2nd gen) aren’t able to break through.

Ironically, even though there is no ConnectedDrive app for BlackBerry 10, you still get pretty good email and messaging integration, something that just isn’t possible with Android or Windows Phone. 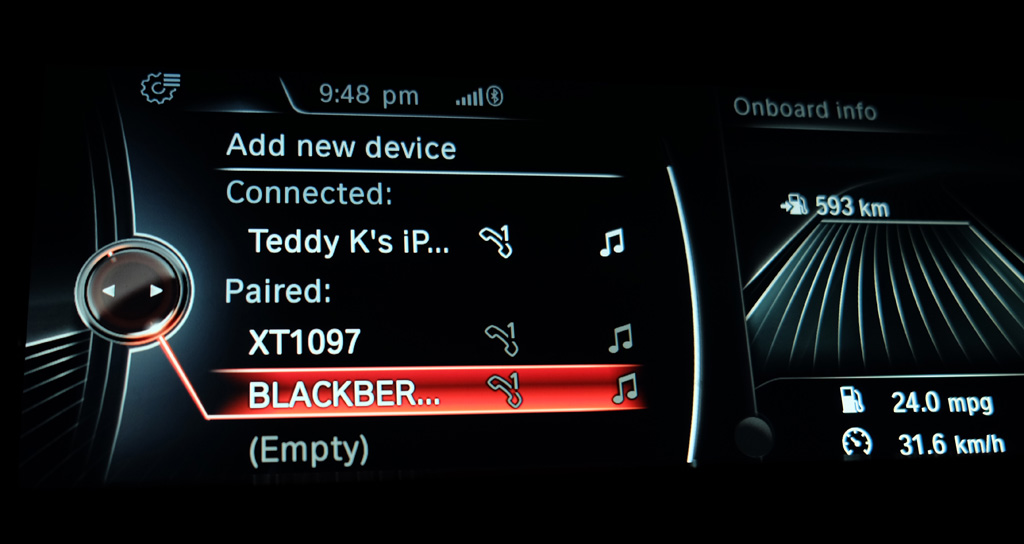 BMW’s marketing details would make you think that voice recognition is embedded, albeit in a somewhat limited fashion. Siri is now part of the mix— a long press of the voice button on the steering wheel activating that familiar ping. I was able to do this in both hardwired and Bluetooth scenarios, and found it (mostly) convenient and effective. I was able to send friends quick responses to text messages and set reminders or look for directions. Of course, because there is no way to beam any mapping app to the car’s display, I sometimes went by audio-only directions from Apple Maps.

A consequence of Siri’s integration is that it has virtually no presence on the display itself. Other than a visual cue that it is listening for a command, your only interaction is audible. This makes sense in the context of promoting safer driving, except it can be frustrating when a ping doesn’t sound off, confusing you as to whether you can talk or not. I liked how it worked, and was able to do certain tasks entirely by voice, but I always felt there was something missing.

Android voice activation can only be described as a mixed bag. Samsung’s S Voice is natively supported, and works like a charm. On other non-Samsung devices, however, I couldn’t get through. On a Nexus 6, it didn’t work at all. On an HTC One M8, I could get to the Google Now screen, only to be told that the connection failed. The same thing happened with the Moto X (2nd gen) and LG G3. Since there is no official support for Google Now, BMW had no real answer as to why it didn’t work. I didn’t get any further inquiring with Google, either.

Though there is still support for older BlackBerrys, the new BlackBerry Assistant introduced in BB 10.3 was a pleasant surprise. Much of the newer voice assistant’s functions translate fluidly through ConnectedDrive. I could search for a nearby gas station, restaurant, call someone or send an email. Using it with a Passport was far better than I had anticipated, and perhaps it’s not a surprise, given that some of BMW’s steadfast customers are the business users wielding BlackBerrys.

The system sort of recognizes Cortana from a Windows Phone, though it’s similar to how Google Now is awakened, only to fall back to sleep again. 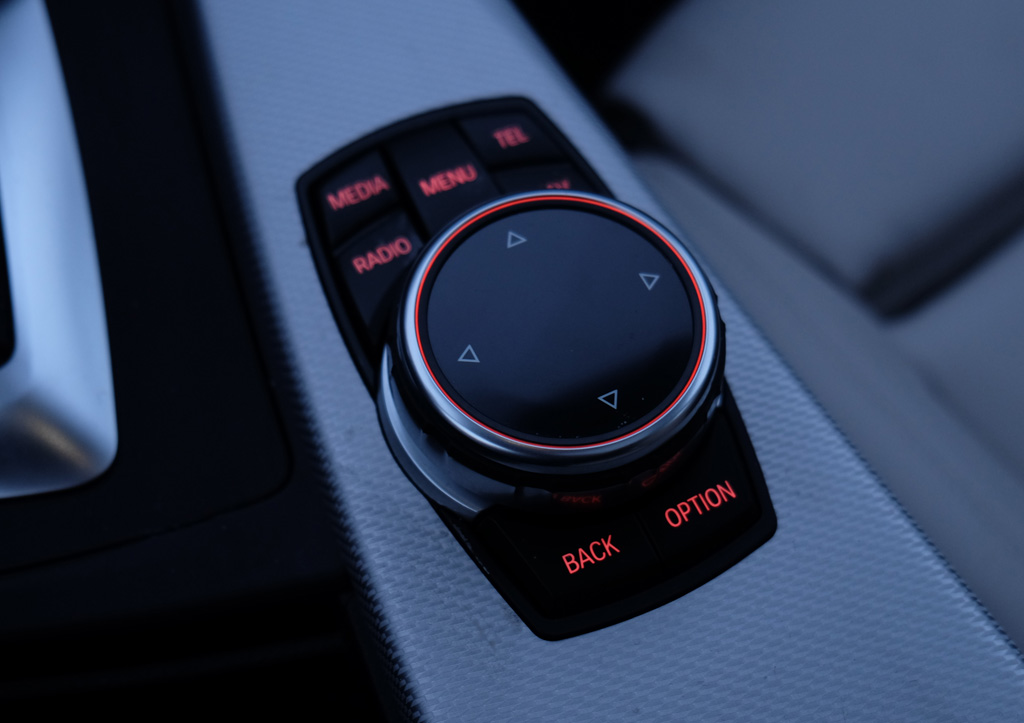 BMW’s successes and struggles within ConnectedDrive are symptomatic of an ongoing problem in the auto industry. Some of the features offered might have seemed groundbreaking back in 2010-11, but in 2015-16, the gap with the mobile space becomes a chasm. And this isn’t just about hardware, it’s also about software.

This iteration of the system was probably designed back when iOS 6 and Ice Cream Sandwich were the latest versions available. At the same time, BlackBerry 10 didn’t even exist, and Windows Phone was stagnating until it was later upgraded. Under these conditions in the present day, it’s easy to see why it always feels disjointed. The cars were beautifully smooth rides, though it’s clearly going to take time before the infotainment systems conjure up the same feelings.