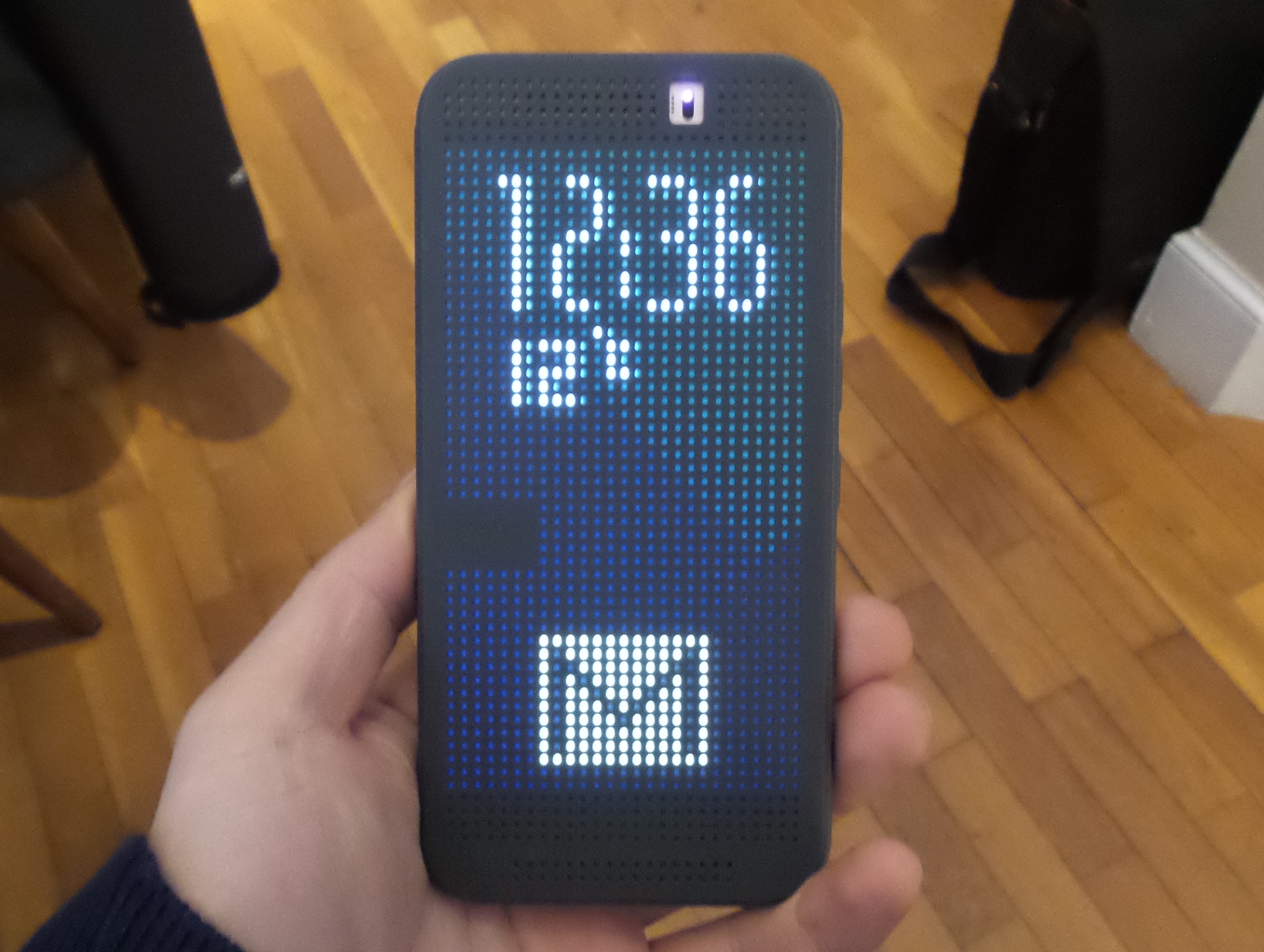 Though the company is busy working on the launch of the One M9 (and another big announcement that is supposedly coming later this month), HTC hasn’t forgotten about its current users. The company pushed out an update to the Dot View app this morning that adds a considerable amount of functionality to the company’s proprietary case.

When it launched with the One M8, Dot View was a way to check your phone without turning on the display. It could display the time, notifications, the weather, or incoming calls. Today’s update brings the ability to play games on your Dot View case as well as display scrolling messages, turn on speaker phone during a call, control the flashlight and voice recorder, and snooze alarms.

In addition to the above, HTC is shaking up the visuals with the new animated themes and more notification icons. This update is likely a preparation for the launch of the One M9, which is only the second device to support the Dot View case.