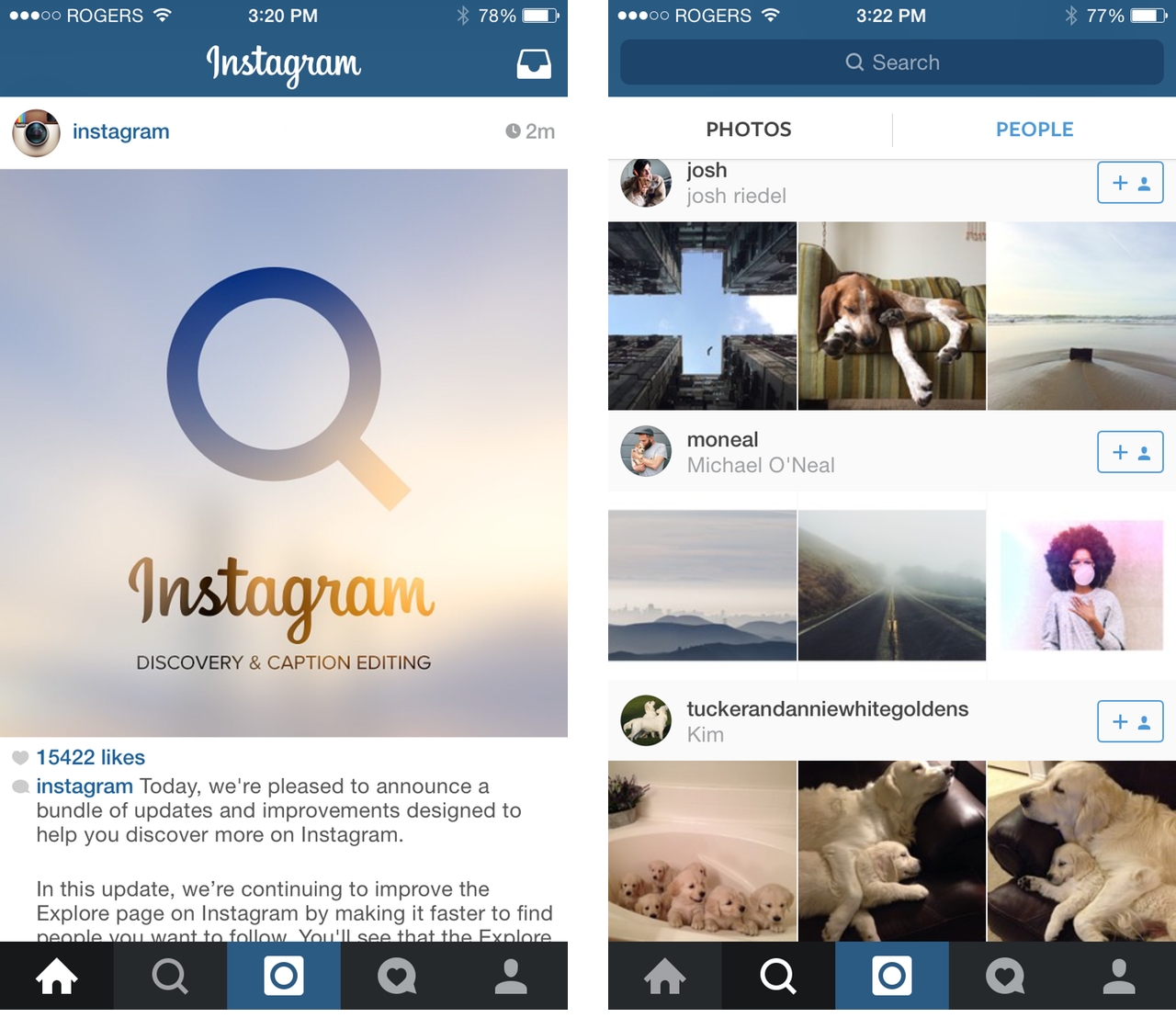 Instagram released its first significant update in months today, adding a new Explore space and the ability to edit captions once they’ve been posted.

Instagram said in a post that caption editing — the ability to change the first comment or fix typos — was the most-requested feature on the network. The update comes on the same say Instagram is rolling out video ads in the US and sponsored posts in Canada.

The new Explore space also makes it easier to find relevant accounts based on those you already follow. It finds friends and family members from Facebook, as well as interesting photographers with similar interests, and suggests them along with a few samples photos.

The update is rolling out now to iOS and Android.