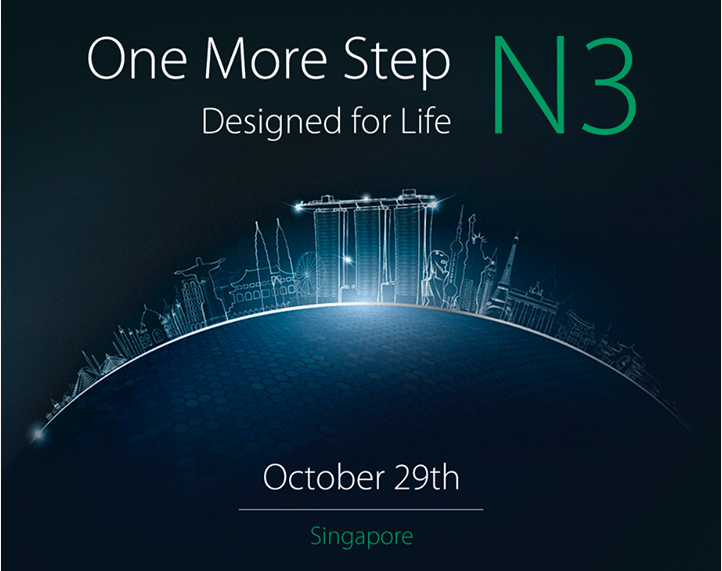 As was the case with last month’s teaser, confirmation of the event’s date comes via the official Oppo Facebook page. The photo was captioned, “As Oppo prepares for the next great step, Singapore opens its arms for the N3 launch!” Previous rumours regarding the successor to the N1 have included talk of a Snapdragon 805 chipset, the same 5.9-inch display as the N1, as well as 3GB of RAM. There’s also a possibility that Oppo will make two different versions of the phone, with one of them using aluminum lithium alloy and the other using stainless steel.

We’ve also been given a few more leaked photos of the device courtesy of Chinese-language site Weiboo. This time around, the images show a device that looks a lot like the original Oppo N1 as opposed to that flip notebook-like design with a rounded top we saw last week. We see the same rotating camera module that debuted on the N1. This allows users to rotate the 13MP rear-facing camera to take higher resolution selfies than is usually possible with front-facing cameras. We also see harder edges and a shinier back. For those unfamiliar, the N1 had an aluminum frame and a plastic back.

The Oppo N1 was released last December, so we’re expecting the N3 will hit the market around the same time this year, even if that means Google’s rumoured 5.9-inch Nexus 6 arrives first. The N1 was unveiled in September of 2013, so Oppo obviously doesn’t have a problem with making people wait for the launch following an unveiling.