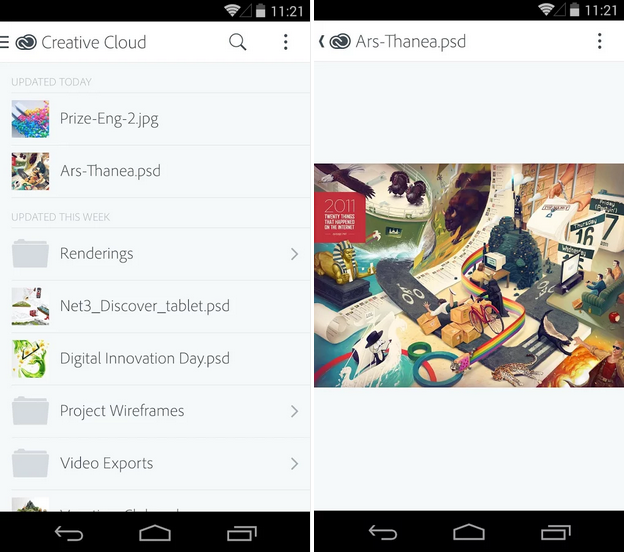 With its Max 2014 conference well under way, Adobe this week showed iOS users a lot of love, but Android users haven’t been totally left out in the cold. It may not be enough to warrant a dedicated blog post, but Adobe on Sunday released a preview of Creative Cloud for Android.

Creative Cloud for Android will allow users to browse design files they’ve stored on the cloud right on their smartphone. It also promises to unlock new tools in your favourite apps (though Adobe stops short of offering any description of what those new tools might be).

Given its preview status, the app is still missing support for some features, though Adobe has said it will be providing frequent updates as time goes on, so hopefully more features will be unlocked in the not-too-distant future.