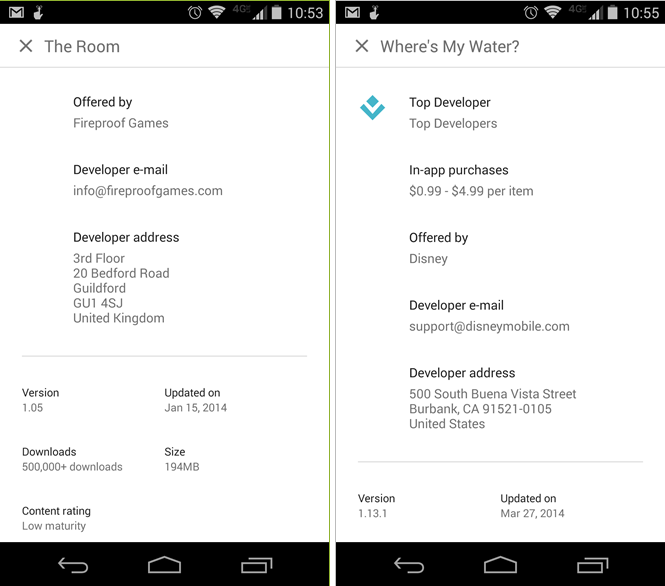 Last week, word got out that Google was planning to make a few changes to the Play Store and the information it displays about apps and developers. Come the end of the month, Google planned to list price ranges for in-app purchases as well as the addresses of developers that were selling apps on the Play Store.

Android Police is now reporting that these changes have gone into effect for the mobile version of the Play Store. At time of writing, the browser-based Play Store had yet to display any additional information on the price of in-app purchases or developers’ addresses. For in-app purchases, Google is now displaying the price range of IAPs right on the app’s download page, though it doesn’t offer any further breakdown of which items cost what or whether or not they’re necessary to get full enjoyment out of the application.

The change for developers is bigger. Google will be showing full addresses under the ‘Read More’ section of each app as opposed to just in Google Wallet. Developers’ addresses will sit above their app’s version number, downloads counter, rating, size, and the date of the last issued update. The only way for developers to get around this new rule is to make their application free, which is a pretty drastic workaround.