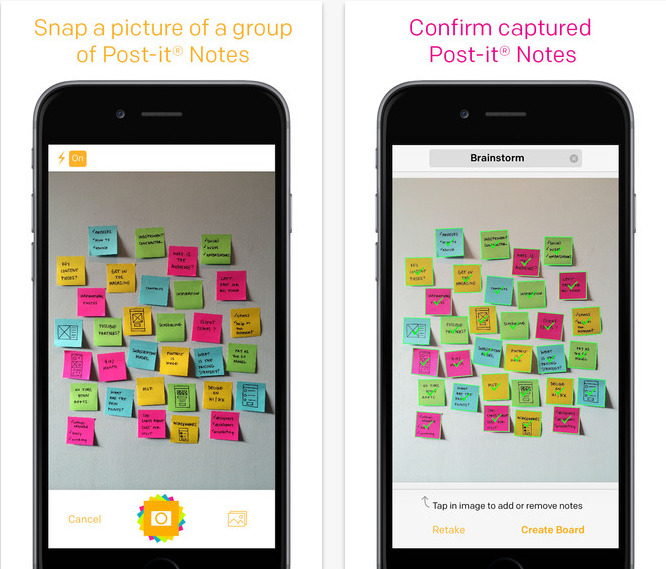 The humble sticky note has been around for decades but now the most famous brand of all is hoping to take the organizational tool digital.

3M has released Post-It Plus, an application for iOS users that goes beyond note-taking, allowing uers to organize and share Post-It-based brainstorming sessions with others.

Users can capture up to 50 Post-It notes using the iPhone’s camera and then organize their ideas by dragging the Post-Its around the screen. You can also view individual Post-Its, combine ‘boards’ with co-workers or friends, collaborate on a board as a team, and share to other applications like PowerPoint, Excel, and Dropbox.

3M is really pushing the ability to maintain the momentum of a brain-storming session with this app via its various sharing and collaboration tools. That said, as anyone who’s ever used Post-It notes knows, those little yellow stickies tend to wander, lose meaning, or end up stuck to the back of another unrelated Post-It over time. An app like this also offers a way for users to digitize or archive their notes at the end of each day or week.