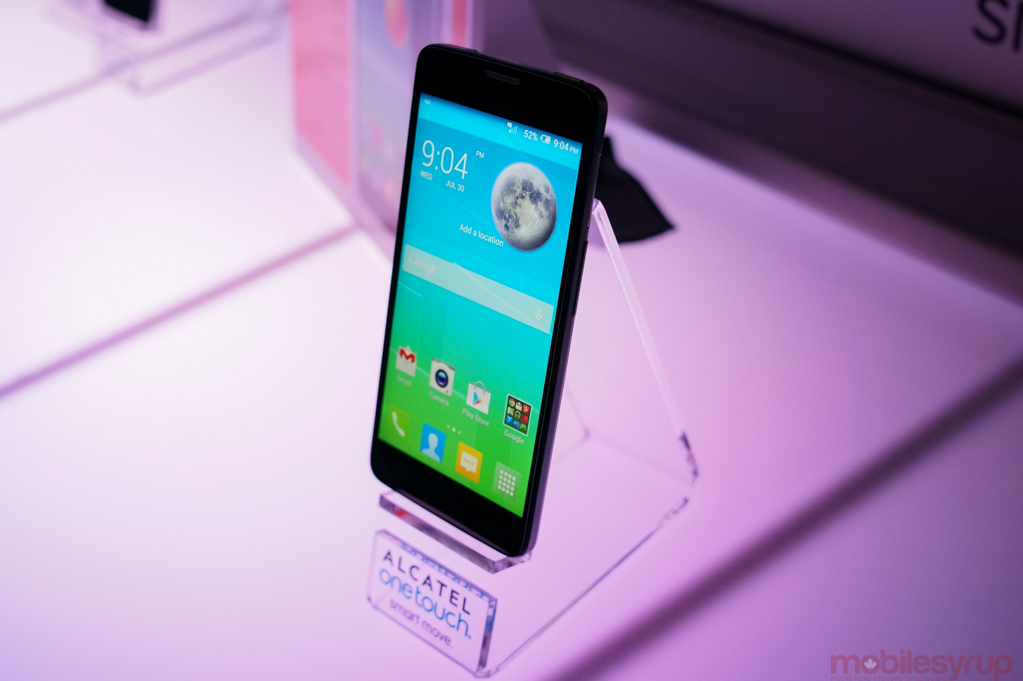 TELUS announced today a smartphone and tablet from new-to-Canada OEM Alcatel OneTouch. In addition to the OneTouch Pop Icon, which arrived last week, AOT has worked with the carrier to bring the OneTouch Idol X+ smartphone and POP 8 tablet to stores.

The Idol X+ is the follow-up to the Idol X, a well-made smartphone Bell released earlier this year. While Bell decided to forgo releasing the Idol X+ in favour of the more stylish but less powerful Idol 2S, TELUS’s decision is all about adding a mid-range device to its typically high-end product lineup.

AOT’s Idol X+ sports a 5-inch 1080p display, a 2Ghz octa-core MediaTek processor, 2GB of RAM, 16GB of internal storage, a 2,500mAh battery and a 13MP rear camera. It runs Android 4.4 with Alcatel OneTouch’s colourful Android skin. While the MediaTek processor is considerably slower than anything from Qualcomm, it should be a huge improvement over the anemic processing power of the original Idol X and, combined with 2GB of RAM and Android 4.4 KitKat, should offer decent performance.

The POP 8 tablet is a cellular-connected 8-inch slate with middling specs and a great price. Free on contract or $240 outright, the POP 8 sports a quad-core 1.3Ghz MediaTek processor, 1GB of RAM, 4GB of expandable storage, a 2MP rear camera and a 4,060mAh battery. While it lacks LTE connectivity, the POP 8 is one of those tablets TELUS wants you to add to a Share plan for an extra $10/month.

Alcatel OneTouch will showcase its first Windows 10 Tablet at CES