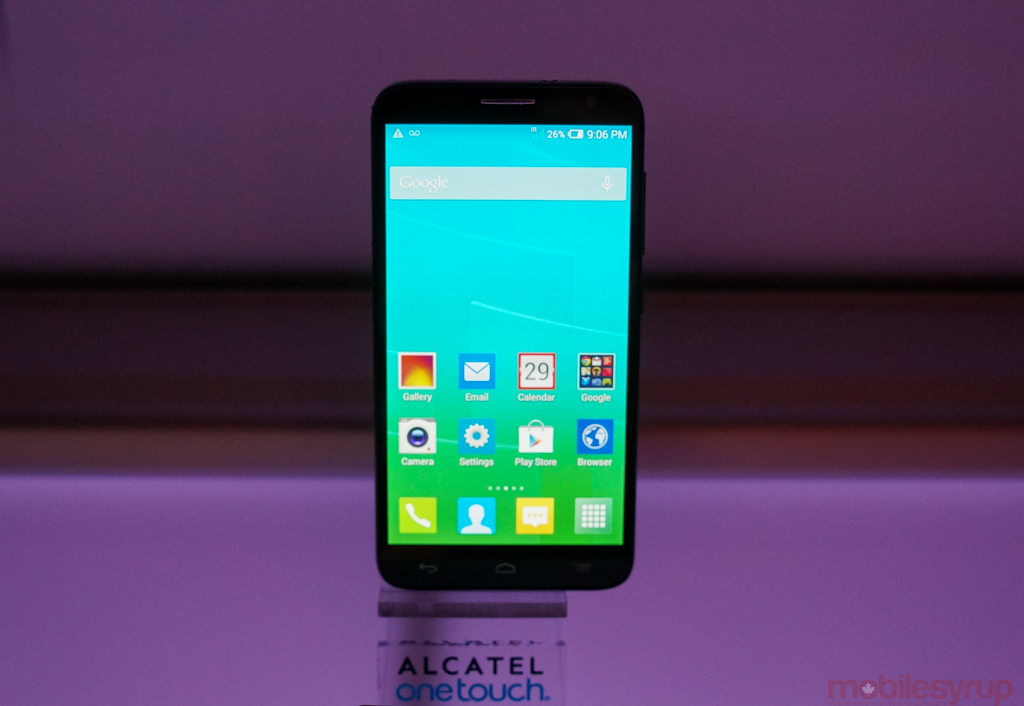 Bell was the first Canadian carrier to see the disruptive potential of Alcatel OneTouch, the Chinese OEM that purports to offer high-quality products at prices both affordable to carriers and, in turn, consumers.

The Idol X, an admitted experiment, along with the Idol Mini and Pop 7 tablet, for Bell to gauge demand for mid-range products that mimic the look and feel of ones hundreds of dollars more, turned about to be a successful gambit. We loved the bright screen and high-end finish, but felt the MediaTek processor was underpowered and negatively affected performance.

According to Bell, the Idol 2S is a refresh of that Idol X, but it’s sort of a side-step. Instead of a 5-inch 1080p display, the 2S drops the resolution down to 720p at the same physical size; instead of a 1.5Ghz quad-core SoC, it offers a 1.2Ghz chip (though we’re assuming it’s of a newer generation). The 8MP rear shooter can now capture 1080p video at 30fps, which is a plus, but the overall resolution has dropped from 13MP to 8MP. RAM count has also dropped from 2GB to 1GB. On the positive front, the Idol 2S has LTE support, which the Idol X lacked.

In other words, Bell has replaced a year-old flagship with a brand new mid-ranger and is charging $50 more outright.

But as with most devices, outright price is irrelevant: the Idol 2S costs $0 on a 2-year contract, and its Android 4.3 build feels snappier than what we saw on the Idol X, which launched (and stayed) with Android 4.2.2.

We’ll be sinking our teeth into the Idol 2S in the coming weeks — it’s a nice-looking phone — so stay tuned. In the meantime, it’s available at Bell starting today.