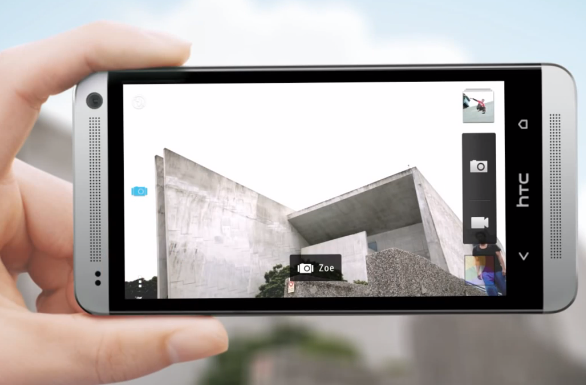 As a manufacturer of Android phones, it can sometimes be hard to differentiate yourself from the competition. One of the most common ways manufacturers try to set themselves apart from the crowd is with custom UIs and software for their  devices. However, it seems HTC is going to take things one step further with the creation of its own software business.

Recode reports that HTC has a new division called HTC Creative Labs and this unit has been tasked with building software and services for HTC and non-HTC devices alike. The group’s first project will be familiar to anyone who’s played with a newer HTC phone in the last year or so.

HTC Zoe is a camera mode that was introduced with the HTC One M7 and allows users to combine photos and video to create little movies using their media. Zoe graduated to the cloud with the One M8 and it looks like she is finally ready for the big time. According to Recode, Zoe will available for all to download later this week.

We first heard talk of HTC bringing Zoe to non-HTC users way back in March, when the company confirmed plans to give both Zoe and Blinkfeed a widespread release. Though there’s no news on when Samsung or LG users will be able to download Blinkfeed, the move does show HTC’s commitment to creating something more meaningful than hardware.

HTC apparently has 260 people working on software. If this team is successful in deploying HTC-branded software to competing Android devices, the company could end up with a nice little software buffer to relieve some of the pressure that comes with pushing out competitive flagship phones on an annual basis. Whether or not that can happen fast enough to make a difference for HTC’s finances is another question entirely.

HTC Zoe Share Is Live On The Web, The One Can’t Come Soon Enough