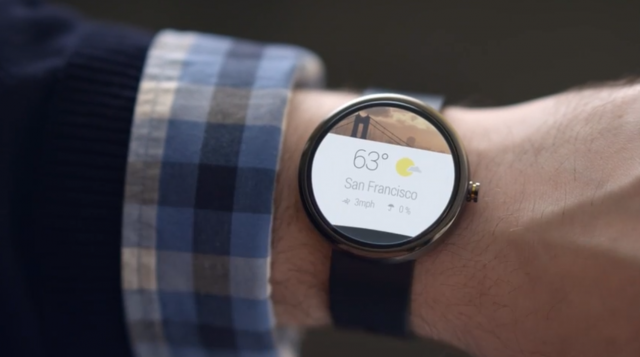 Google I/O focused heavily on wearables and developing for devices running Android Wear. The company even gave every developer in attendance a free Android Wear watch and released the Android Wear SDK so devs could get started on Google’s newest platform. What we didn’t get was a way to customize watch faces on Android Wear devices. It sounds like something of a no-brainer, but developers can’t do it — at least not without some trickery involving the current SDK. That should change soon, though.

According to Google, the company is hard at work on a custom watch face API. Right now, creating custom watch faces takes quite a bit of work and involves standalone apps. Google obviously wants to change that, but it’s not exactly easy. Senior Google Developer advocate, Wayne Piekarski, announced this week that the company is working toward making watch faces as easy as possible for Android Wear developers to create, but said that they require some special attention due to the fact that they’re activities running inside other processes.

“Custom watch faces are activities running inside another process,” he explained. “However, they have some special considerations due to interactions with the stream and always-on ambient mode–including using a shorter peek card, moving the status indicators for battery and mute, and rendering the faces differently in ambient mode.”

Piekarski goes on to say that the API will eventually mean you can create your own custom watch faces that work across multiple form factors, conserve battery and show off the card stream. However, some of this won’t be available until Android Wear migrates to Android L later in the year. For now, devs are advised not to post their custom watch face apps to Google Play. Instead, Google wants you to wait for the official API, citing unnecessary compatibility problems for users down the line. Android developers likely won’t take that advice, but at least now they know a dedicated API is coming.