We spend a minute with Android TV (video) 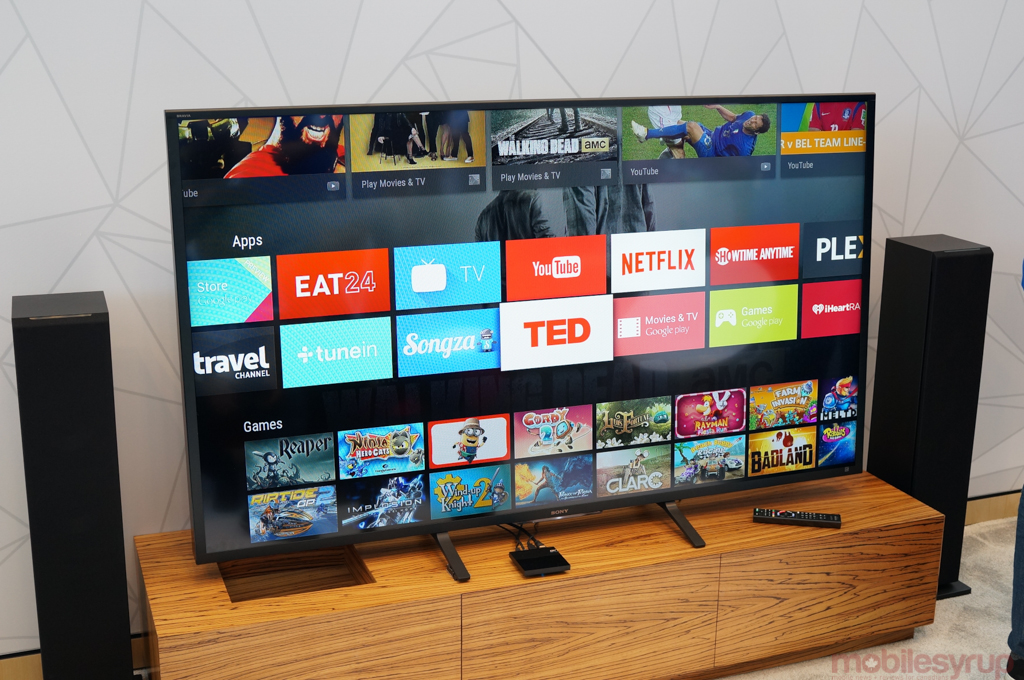 Android TV is going to be available later this year in both set-top box and smart TV form, and we got to spend a few minutes with the in-progress entertainment solution on the final afternoon of Google I/O.

There are three major tenets of the product: apps, games and TV. The former two are extensions of existing Android offerings, software that has been reformatted to the big screen. In many cases, this does not take any work at all by the developer, but in some cases adding controller support or voice support will be necessary.

I was using what appears to be a gamepad specifically made for the Android TV system, similar in form and function to the Xbox One controller. It is also possible to use voice or an Android device to navigate between the screens and launch apps, but a controller is necessary for gaming.

The UI resembles elements of Microsoft’s Modern UI language, but once launched the software is all Android. The demo units already had popular TV-friendly apps loaded, such as Plex, Netflix and TuneIn, with many others to follow in the coming months.