A new report from comScore shows a number of new Canadian mobile stats. The annual report, called “2014 Canada Digital Future in Focus,” unsurprisingly reveals smartphone usage is up by 13% compared to last year, now reaching three out of every four mobile users.

Similar to last year, comScore reports conflicting mobile stats to the CRTC. The research firm says, “mobile subscribers grew by 5% in Canada year over year to more than 23 million,” but the CRTC states just over 30 million for 2013. Regardless, usage is up.

Manufacturers are not listed, but the OS standings give a good understanding of where some of the players stand. Google’s Android claimed top spot with 44% of the Canadian smartphone market, up 4% over last year. Apple’s iOS also rose a couple points to 37%. Unfortunately these were at the expense of BlackBerry, once the leader, which felt the struggle and dropped by 5% to 15% of the Canadian share. Microsoft’s Windows Phone OS stayed put at 2% smartphone market share.

There are some of the slides below, comScore shows that Canadians are using their mobile device to perform a “a variety of shopping behaviours, including making mobile commerce transactions.” From a tablet perspective, the iPad is king with 55%, followed by Android at 37%. A shocking number is that the BlackBerry PlayBook is 3rd — a product that has been discontinued for at least a year — has 10% market share while Microsoft’s Windows 8 (Surface and others) trails everyone at 2%. 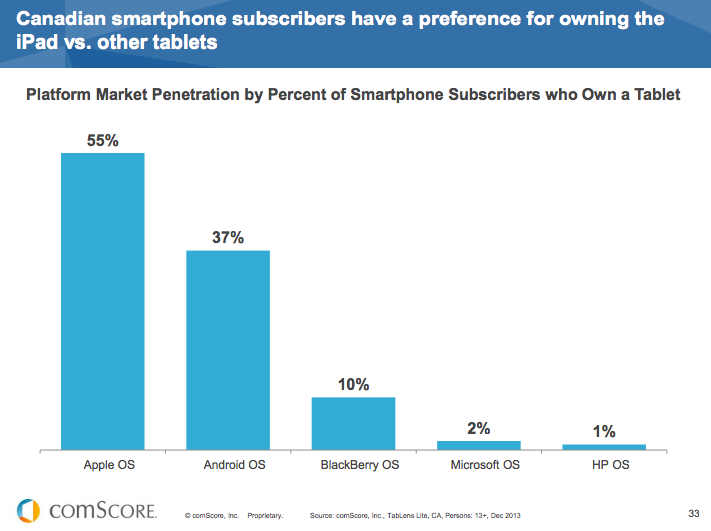 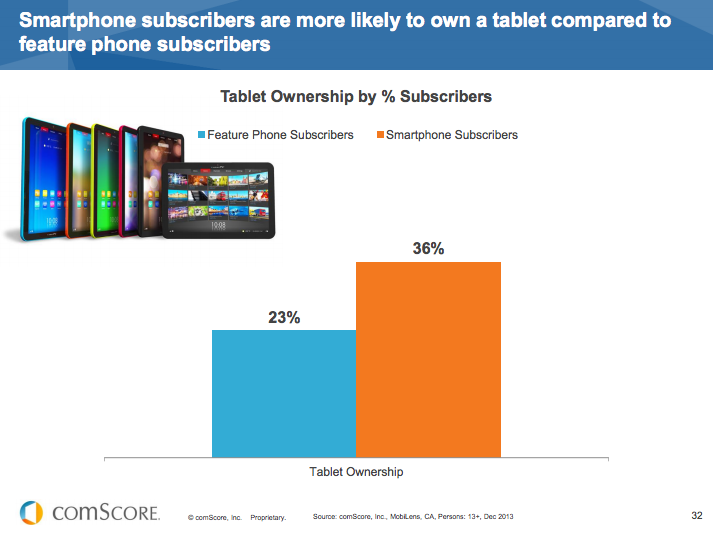 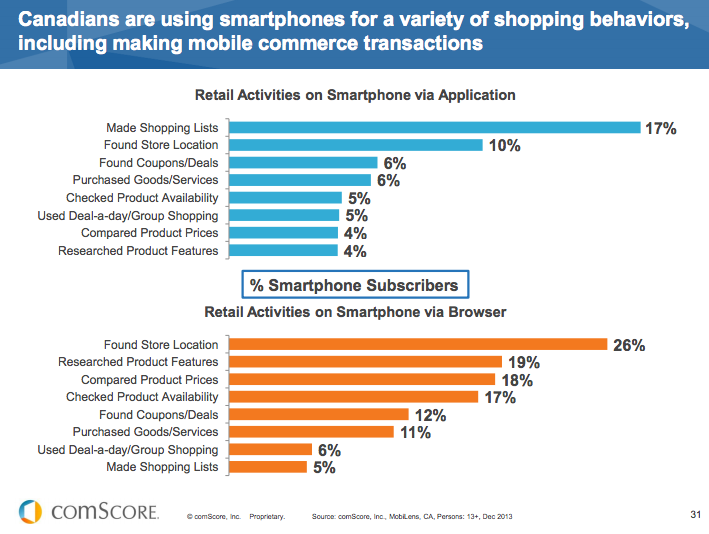 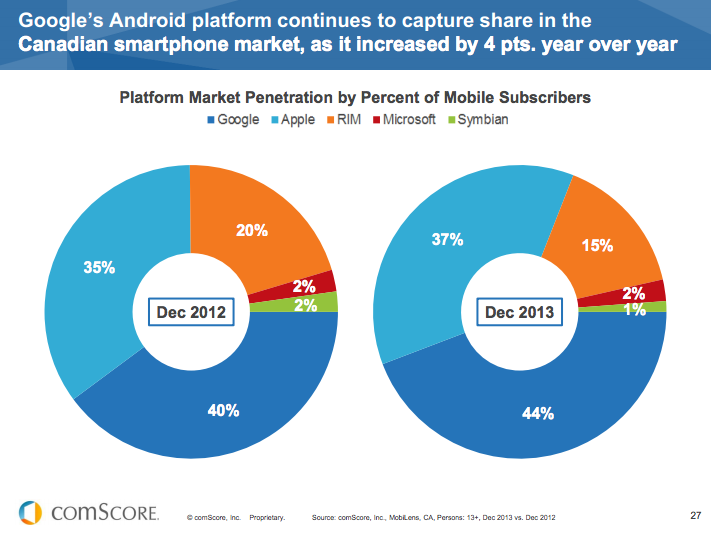 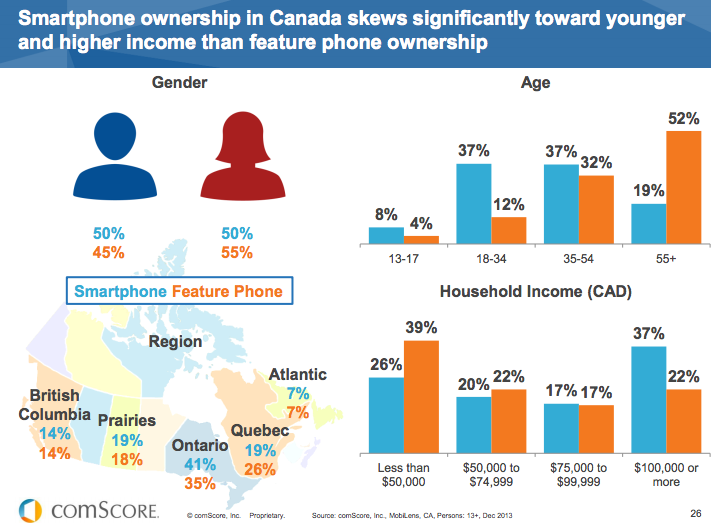 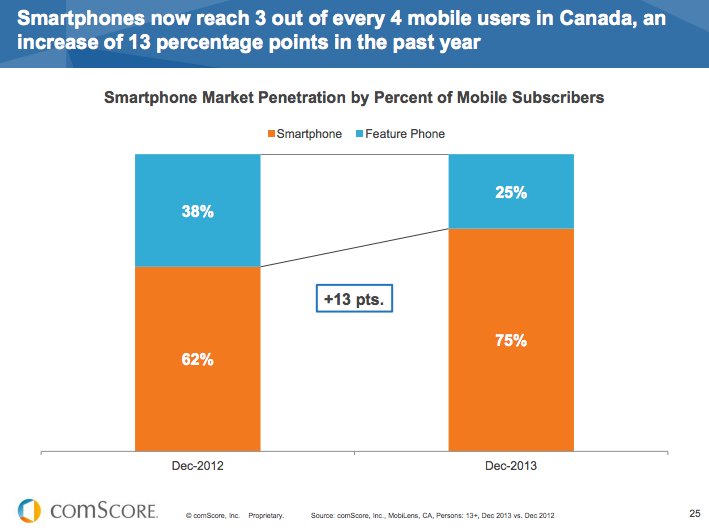 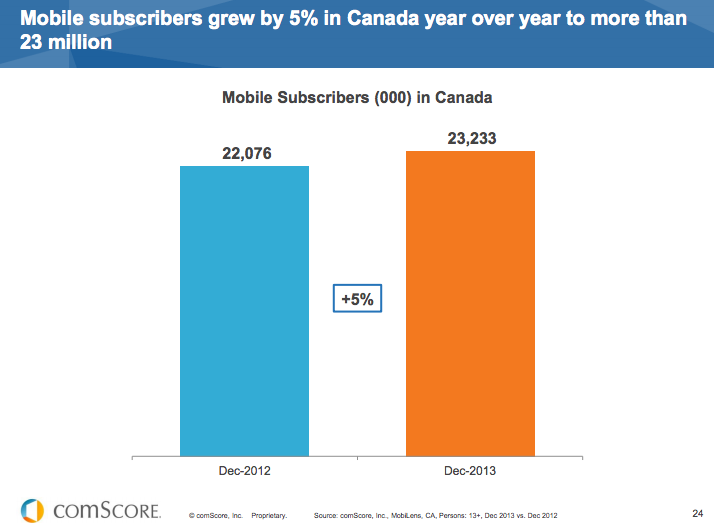 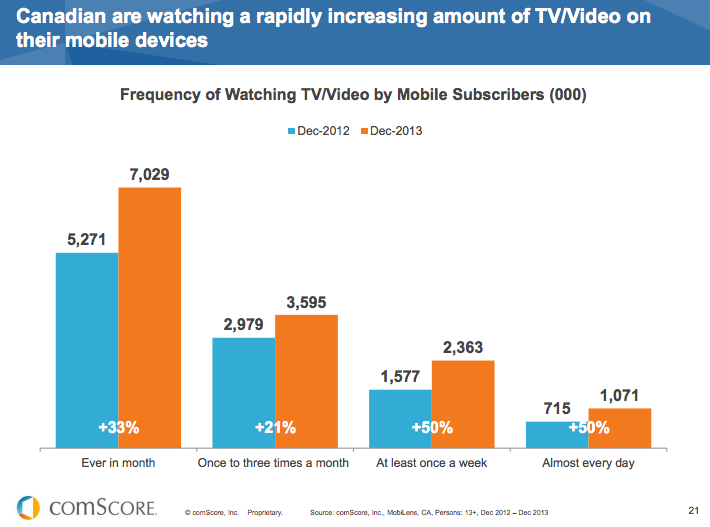