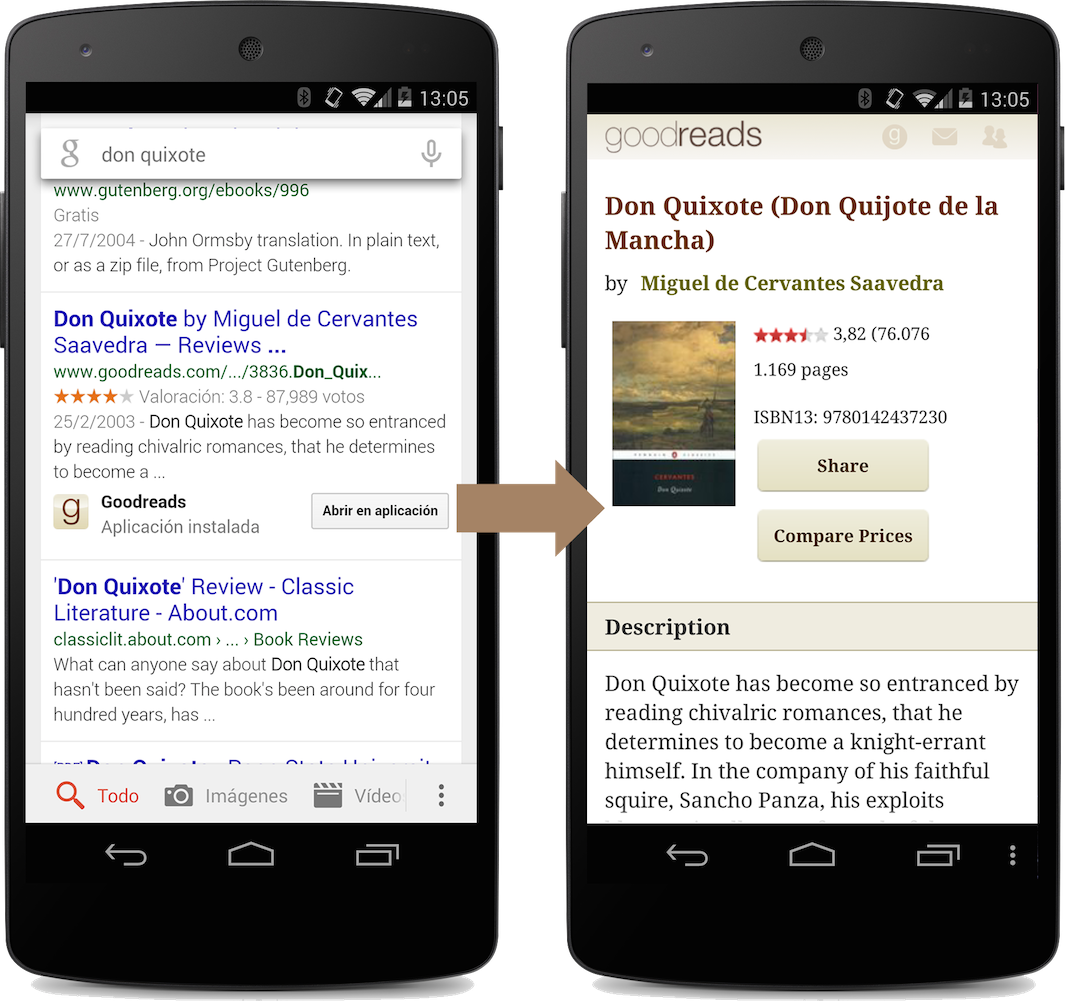 Google announced the ability to do “deep linking” from Android search results to apps last year, but the project was only available in the US. Today, that functionality has expanded worldwide, including Canada, and the company has added over 20 new apps to participate in the program.

What is deep linking? It allows developers to insert their apps into web results, which users can then click to directly access that portion of the app. This quickly opens the program to that article or review or show, much like Google allows users to quickly access Google Play downloads from search results.

Right now, this only works in the native Google Search app on Android, which has the benefit of being tightly integrated into nearly every modern Android phone running 4.1 or above.