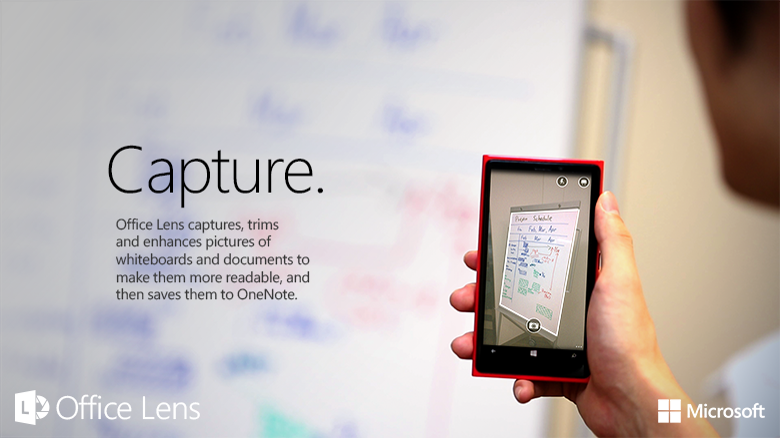 Microsoft has a few major announcements today, including an LTE Surface 2 that works with AT&T’s network and a version of OneNote for OS X that is free for all to use.

Along with these products, Microsoft has unveiled Office Lens for Windows Phone, a scanning and OCR app that ties into the new OneNote functionality to easily capture and parse text from the real world.

Described as “like having a scanner in your pocket,” the app mimics functionality already available in Evernote and many other productivity apps by allowing users to capture business cards, menus, whiteboards and more. The optical character recognition then “trims, enhances and makes pictures readable” regardless of angle, lighting or distortion (within reason, of course).

The app has three modes, including Whiteboard mode, which removes glare and shadows; Document mode, which makes text clear; and Photo mode, which parses people and scenery.

Office Lens is free, and is available for all Windows Phone devices running 8.0 or 8.1.