Google and LG reportedly working on a smartwatch, launch expected to happen in June 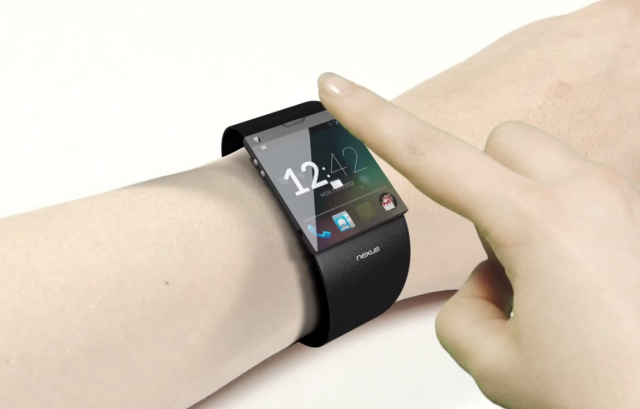 Google launching a branded smartwatch is nothing new. This rumour has been circling around the web for a over a year and the latest reports suggest we could see this officially unveiled at Google I/O in June.

This weekend, several media outlets — TechCrunch, CNET and the Wall Street Journal — all published articles with various details about Google’s pending plans. According to people “familiar with the situation,” Google will team up with LG for the wearable and it’ll have deep integration of Google Now, which will act as a “personal assistant.” The smartwatch, possibly a Nexus smartwatch, will preform like many other devices on the market today and show notifications, messages, time and date, etc.

As for the design, an early prototype suggests that it looks like the Pebble Steel with a metal band, square face and a LCD colour display, but the go-to-market Google smartwatch might ship with a plastic band instead.

Google purchased WIMM Labs last year to help them forge its way into the smartwatch space. As expected, the upcoming and rumoured Google-branded smartwatch will run Android.

Amazon announces its own smart thermostat