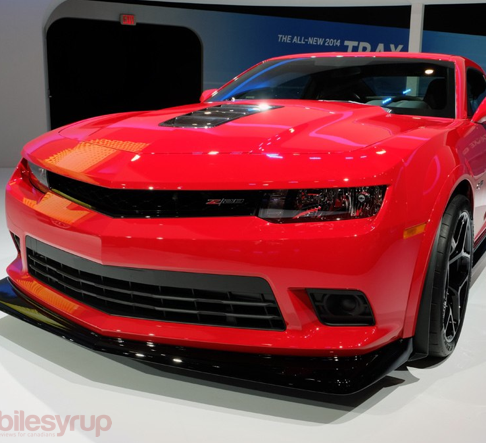 General Motors originally revealed that it would bring in-car 4G LTE into its newest vehicles at CES in Las Vegas last month, and the automaker has confirmed Canada will be part of that rollout when they flip the switch on the service this summer.

The Canadian International Auto Show currently underway in Toronto is showcasing GM’s latest and greatest vehicles, including the 2015 Chevrolet Corvette, which will be among the first to get the new feature when it goes live in June. The inclusion of LTE will be baked into the existing OnStar telematics service GM has been offering since 1996.

Aside from the new Corvette, the 2015 model-year Impala, Equinox, Volt, Malibu, Silverado and Silverado HD equipped with MyLink will get the feature first. The new 2015 Chevrolet Trax will also be LTE-enabled exclusively in Canada. This won’t be a luxury option, as the overall plan is to roll out across almost all vehicles in the Chevy, Buick, GMC and Cadillac lines. Older vehicles won’t be able to be retrofitted.

OnStar itself has used 2G phone and data communication via Bell in Canada and Verizon in the U.S. for years. The series of options includes things like collision notification, roadside assistance, remote door unlock, stolen vehicle assistance and tracking, remote vehicle slowdown and turn-by-turn navigation. The RemoteLink app for iOS, Android, BlackBerry 10 and Windows Phone works on the company’s vehicles from 2010 or later as a remote key fob and up-to-date driving data collector. 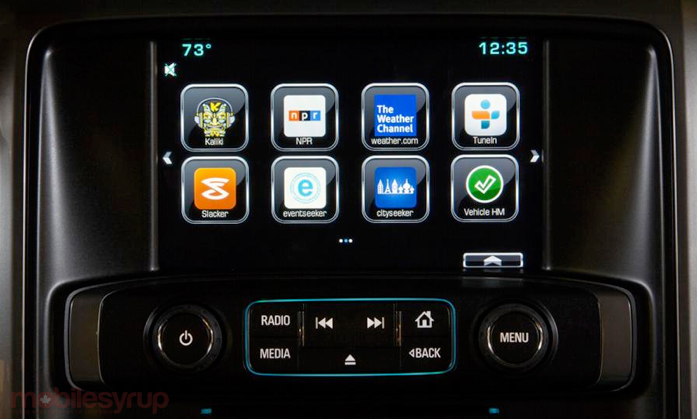 Despite being deployed in all GM vehicles now, the service needs to be activated to work, which costs $24.95 per month for the Safe and Sound package, or $39.90 per month to include navigation, better known as “Directions and Connections”.

It doesn’t appear that an OnStar subscription will be needed to use the LTE hotspot embedded in the car, though you will have to set up an account to access it. You’ll also have to pay for a data plan on top of that.

Pricing information hasn’t been revealed yet, but the plans will reportedly be “competitive”, ranging from monthly postpaid to prepaid blocks that can be purchased when needed without committing to a monthly plan. It’s not clear if the prepaid plans will be limited in duration, or if the data never expires. As you can probably guess, the data is only for the vehicle and can’t be added or rolled over to your mobile device’s plan.

What is known is that AT&T is the carrier partner — for both the U.S. and Canada. When asked if any Canadian carriers were participating, Fred Dixon, Technology Manager at GM Canada, wouldn’t confirm, only saying that AT&T was “working to build all their Canadian relationships, including roaming in both countries”. He also couldn’t say whether roaming would make data plans more expensive in the Great White North, nor if there were any restrictions in using the data when crossing the border into the U.S. AT&T customers in the U.S. will be able to use their LTE-equipped vehicle as part of a shared data plan, but without a Canadian carrier onboard, it’s not clear if consumers will get the option here.

Up to seven devices can connect to the car’s hotspot at one time. If the data runs out, you can top it up directly from the screen in the car’s head unit. And if you’d prefer, you can use the car’s built-in Wi-Fi to connect to your phone or tablet’s hotspot. 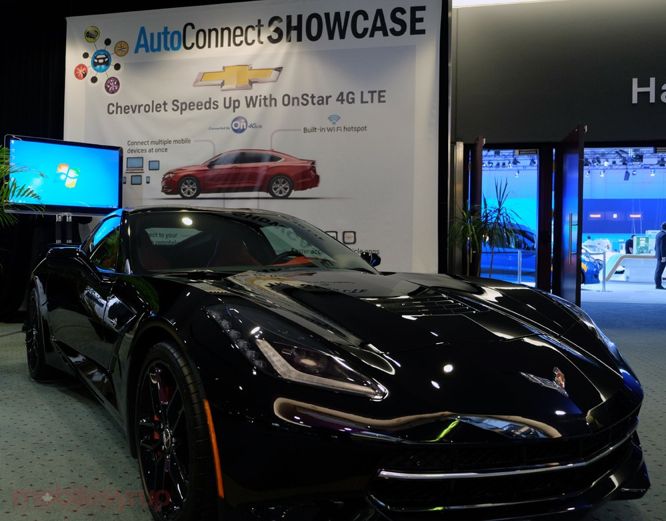 A big part of this rollout has to do with GM’s strategy around apps. Its own AppShop is a curated app store that will also roll out with the LTE service this summer. Open to all developers who can design apps meant for vehicles, the quantity from the outset hasn’t been revealed yet, though some have been confirmed already, like Slacker, TuneIn, The Weather Channel, Priceline, Glympse and Kaliki, among others.

No matter which apps will be available from the start, the overall number is likely to be low. The reason why is because GM takes longer to test and approve them to ensure safety and security.

“The big thing for us is security, so the numbers aren’t important to us, it’s having apps that customers will value and use in their vehicle,” said Dixon. “The platform itself allows us the flexibility to update and keep the system current, so when we talk about apps, it’s really about bringing those ones that are important to customers today.”

Naturally, avoiding lawsuits is another factor, as it has been since mobile devices first started to propagate inside vehicles. By having apps that download directly to the head unit, work with steering wheel controls and actually speak to drivers and passengers, the experience is supposed to be very different from fiddling with a phone in one hand.

The added in-car connectivity should also enhance what the RemoteLink app can do. The module controlling the LTE connection will sleep when the ignition is off, collecting information when needed. This means owners can keep tabs on their car’s diagnostics without having to buy a separate device that plugs into the OBD-II port under the steering wheel. What’s unclear is how this constant connection might help with OnStar’s existing anti-theft features. While it’s technically possible to inform a driver the moment a car is stolen or towed after parking, GM hasn’t planned to include it. As is, OnStar tracks a stolen car only after you’ve discovered it’s physically missing, not when you’ve been informed right away via email or text, like some aftermarket products do. GM is ostensibly not including it because OnStar’s existing stolen vehicle assistance requires a subscription to begin with.

It will be interesting to see how consumers who buy the 2015 models take to the in-car connectivity, considering the extra cost of the data. It’s hard to say until GM reveals what it will charge for it, but so long as plans remain expensive for mobile devices, it might be something that early adopters with disposable income are willing to splurge for.