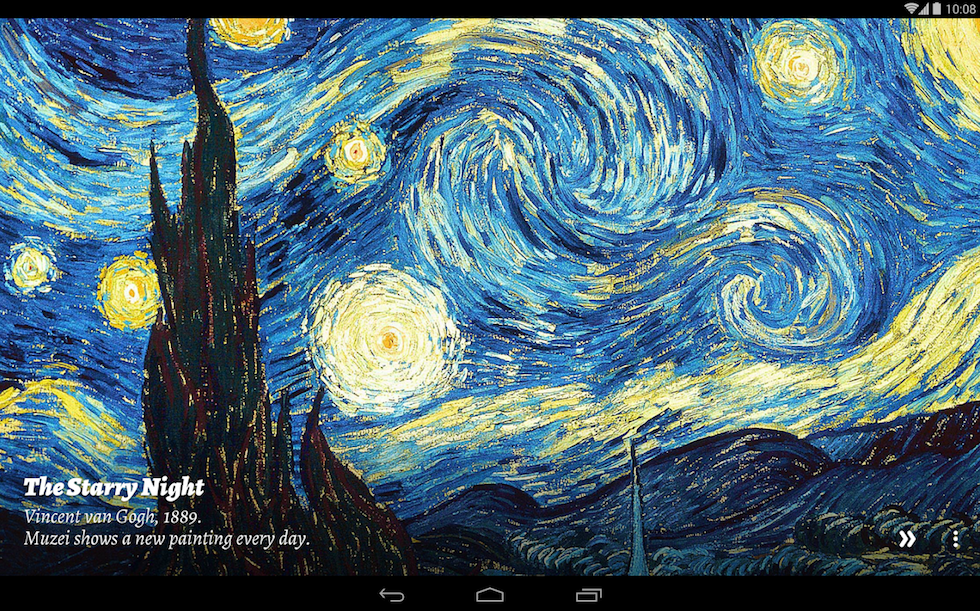 A year to the day that Roman Nurik, the Google engineer and part-time Android developer, released Dashclock, the wildly successful modular lockscreen augmenter, he is back with another project.

Muzei, the Russian word for ‘museum’, is a fairly simple, yet similarly extensive app with an open-source codebase and open API, that uses WikiPaintings.org as a source for famous artwork. Every day, Nurik and his wife will choose a new painting to be displayed as a static background on a user’s Android homescreen. It’s also possible to choose your own photos, but why would you do that when Van Gogh’s Starry Night is the first thing you’ll see in the morning? 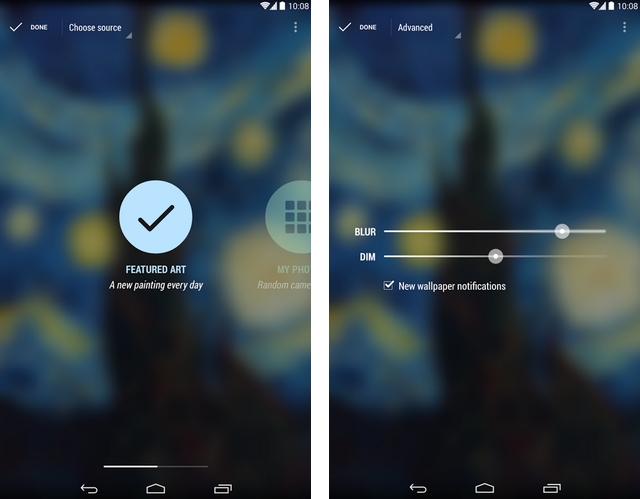 Though the background itself is initially blurry, because it is a live wallpaper users can manipulate it: double-tapping on the homescreen brings the current artwork into focus. The open API will allow others to offer their own sources: it’s only a matter of time before a Dropbox or Google Drive option is added.

Muzei is a lovely, simple, elegant app, with stunning animations and a clean, KitKat-centric design. Nurik is keenly aware of Android’s faculties as a developer platform, and not only uses his apps to teach others about the importance of good design, but by open-sourcing the code itself, he teaches Android developers how to be better coders. Kudos to you, Roman, we need more developers like you in the Android community.