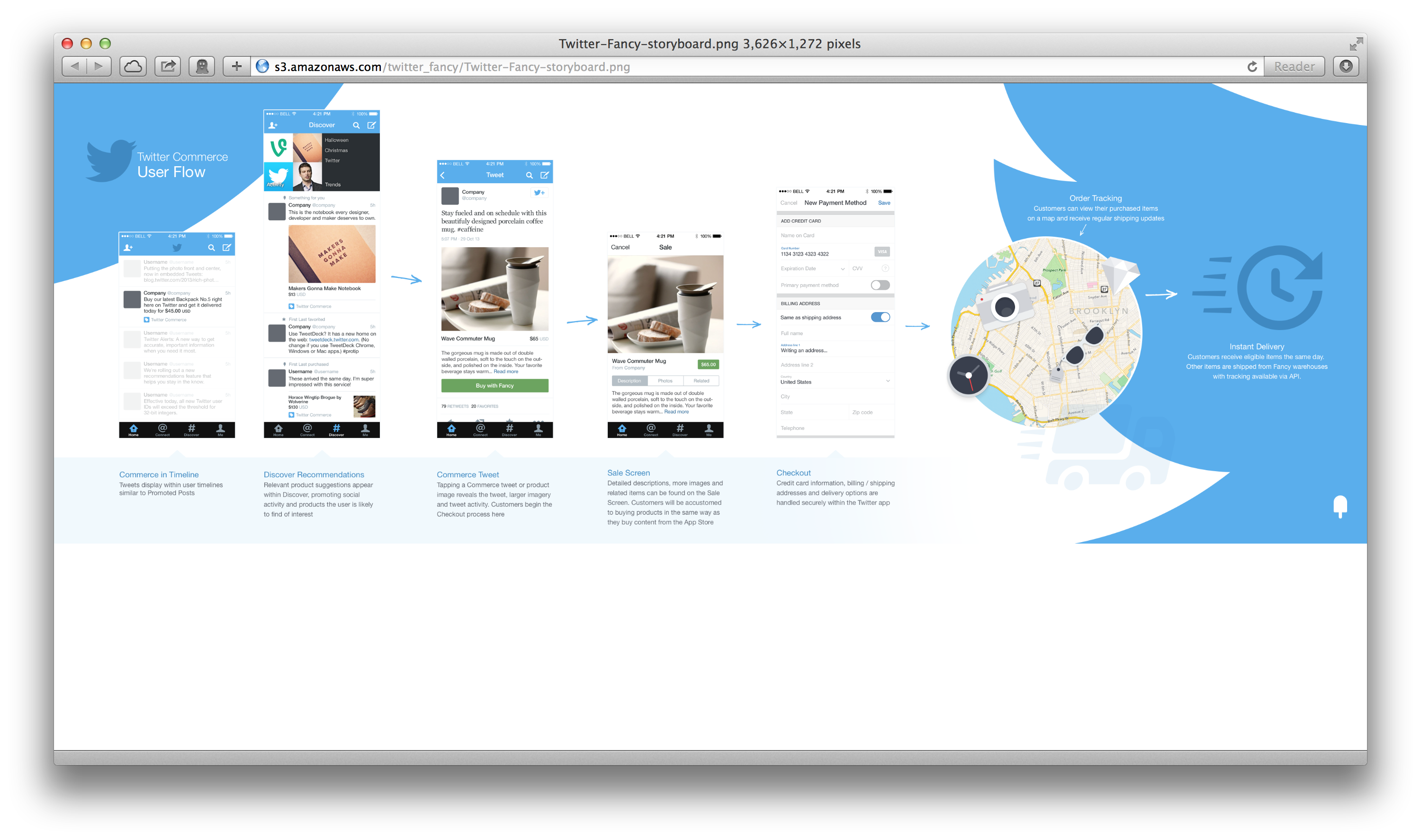 Twitter could be heading straight into the commerce space. According to the latest leak, courtesy of Re/code, Twitter is expected to launch “Twitter Commerce” that will enable users to buy items directly from a tweet.

The screenshots — which has Bell listed as the carrier for some reason — reveals mockups of how a checkout process would flow. It seems that the Twitter Commerce badge would appear in a similar fashion to the current sponsored Tweet that already takes over your Twitter feed. Once a person clicks on an item of interest they are taken to an online store within Twitter that shows an image, description and requested to checkout. The backend is reportedly powered by Fancy.com, which is coincidental as Twitter co-founder Jack Dorsey also sits on their board of directors.

There’s no word on when or if this “Twitter Commerce” will go live, if ever. Twitter declined to comment on the leak, but sources close to Re/code state that the company is actively seeking partners for a commerce play. 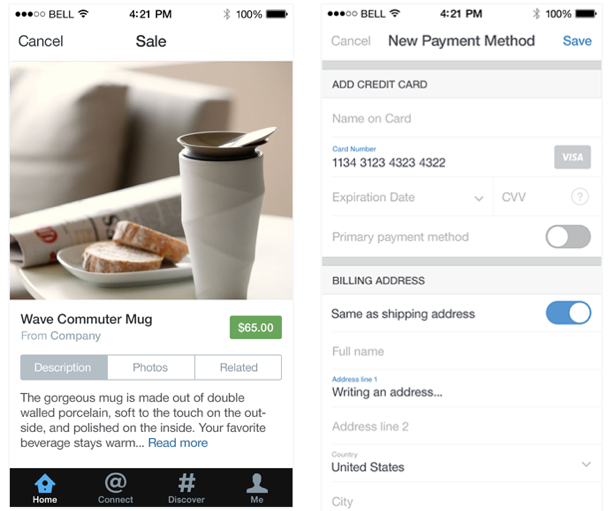