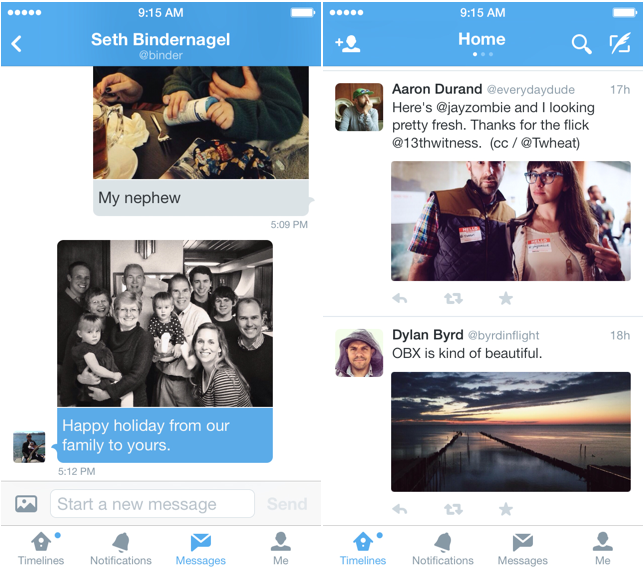 Twitter’s iOS and Android apps have received significant visual overhauls, though anybody running the Android alpha or beta branches will be familiar with the swipe-friendly aesthetic.

The newly-public company now divides its feeds into three regions: Timeline, Discovery and Activity. The first is what we’re all used to, showing followers’ Tweets; the second is a collection of what Twitter thinks you’ll want to read — news blurbs, follower recommendations, trends, etc.; and the latter is what all your followers are doing in their own timelines.

The new version also lets users send photos within direct messages, or DMs, something that further entrenches Twitter in the “instant messaging” space.