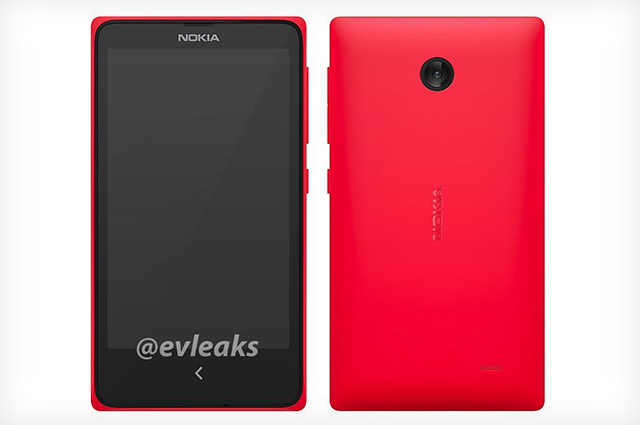 Before making Windows Phone “its primary smartphone strategy,” Nokia was actively testing Android as a Plan B. Several weeks ago, reports emerged that “a team within Nokia had Android up and running on the company’s Lumia handsets well before Microsoft and Nokia began negotiating Microsoft’s $7.2 billion acquisition of Nokia’s mobile phone and services business.”

Now new evidence of Nokia possibly coming to market with a low-end Android-powered device has surfaced online. According to The Verge, coupled with a November leak by evleaks, “Normandy” might be running a forked variant of Android on a Nokia smartphone, a heavily- customized version similar to Amazon’s Fire OS.

Apparently Nokia employees are “full steam ahead” with this project and plans are to release this entry-level Asha device sometime in 2014.

As for the device, the image shows it looking like other Lumia smartphones the company has released in the past, but lacks capacitive buttons and a camera flash. Of course, “Normandy” may not happen at all, as Microsoft just might scrap the idea when they fully integrate Nokia’s business.