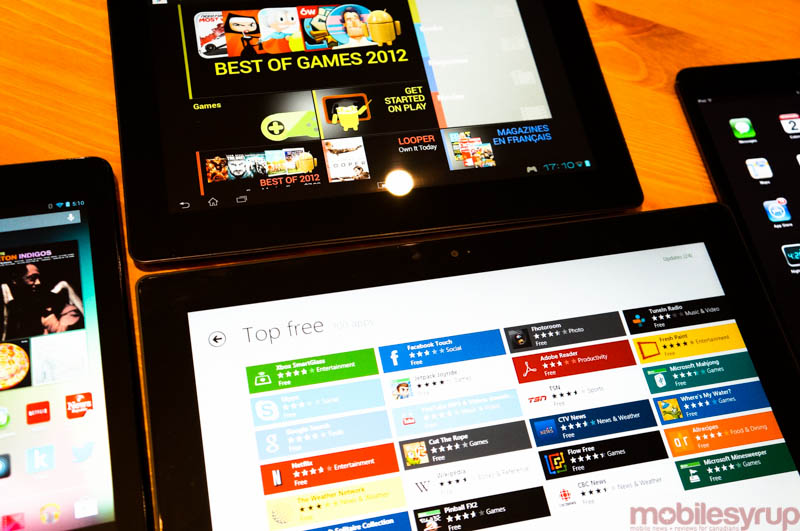 Welcome to the Gift Guide section, where we list our favourite smartphones, tablets, accessories and deals of the moment.

In this section we take a look at the best tablets for Back to School.

A marvel of compromise, the 2013 Nexus 7 hits mostly right notes and forgivable wrong ones.

With a gorgeous, high-density display, ample performance headroom, a butter smooth software experience, and consummate battery life, this is the Android tablet to buy right now.

One of the best mid-sized tablets currently available, Samsung has augmented the S Pen with a larger screen to make a fast, attractive and extremely usable Android device.

The Galaxy Note 8.0 is available for $399 in a WiFi version and from various carriers in an LTE version.

It’s available directly from Sony for between $499 and $599 depending on storage options.

The Surface RT is a great choice for someone looking to stay within the Windows ecosystem without sacrificing portability. While it lacks many of the apps that Windows users take for granted, the Windows Store is growing quickly and Microsoft promises to improve performance with Windows 8.1, which is coming in October 2013.

The Surface RT is available from Microsoft stores for $349.[/msgg]

The iPad continues to be the premiere device for those willing to spend a bit more to gain access to the best apps, games, magazines and multimedia on a portable device.

Note: this review links to the original Retina iPad released in March, 2012.