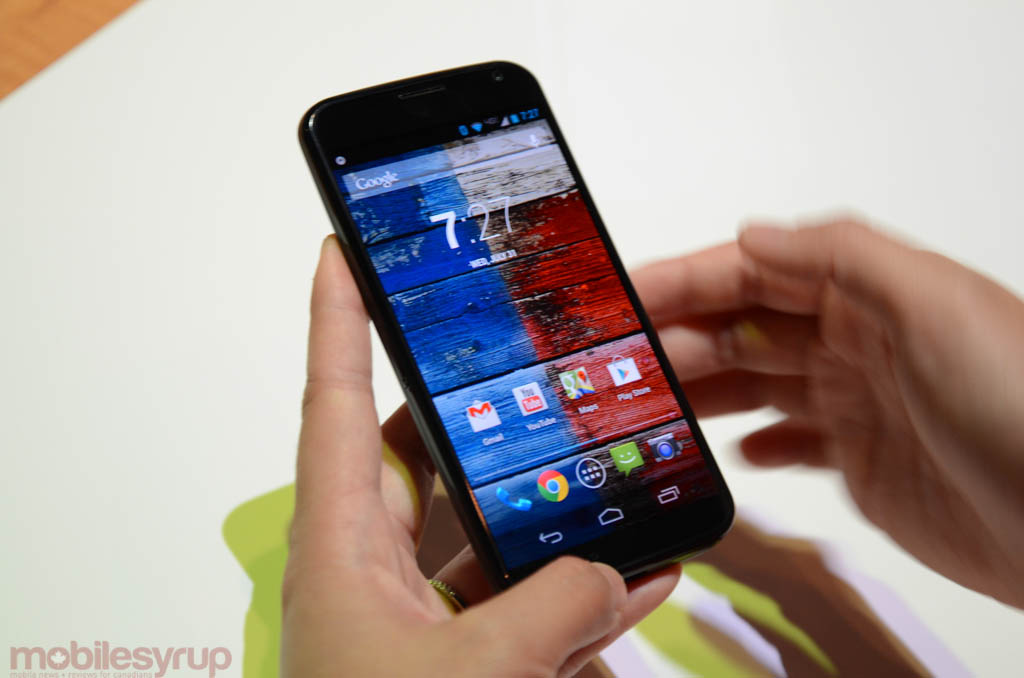 Motorola unveiled the Moto X today, and it is coming to Canada this month as a Rogers exclusive.

We’ve already taken a pretty extensive look at the device, but let’s recap some of the features. Users can expect touchless controls using the “OK, Google Now” command, active notifications that appear on the screen when you pick it up, and an intuitive camera that lets you grab a photo within two seconds.

Rogers users will be able to take advantage of the company’s growing LTE Max network, which runs on 2600Mhz in major cities, for a maximum theoretical speed of 100Mbps.

Interested parties can use Rogers’ Reservation System to plonk down some cash for the privilege of being one of Moto X’s first customers, and the splash page contains all the relevant Moto X information.