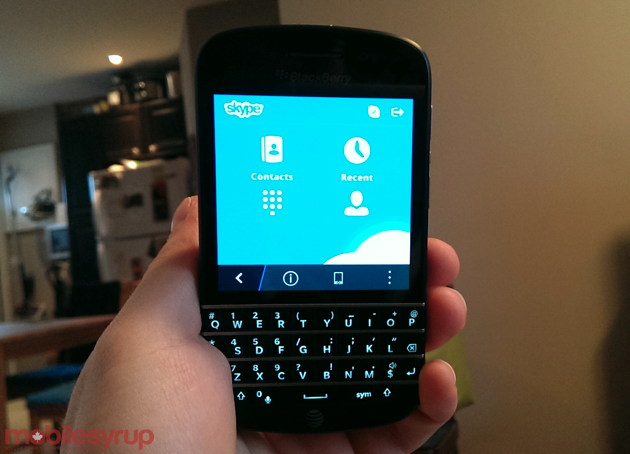 The BlackBerry Q10 is hitting Canadian soil on May 1st and today the comeback carrier of 2013* announced apps that will be compatible at launch. The newest app, plus most anticipated, is Skype. In addition, BlackBerry stated in their “New-App Wednesday” mailing list that Facebook, Foursquare, LinkedIn, Twitter, Nobex Radio, Box, Dropbox and Angry Birds will all be available to download on the QWERTY device. In addition, “in the upcoming weeks” ATP Tour, Cut the Rope and Viber app will arrive for both the BlackBerry Z10 and the Q10. *our viewpoint.

Update: Well that was fast. Skype for BlackBerry 10 is now available in BlackBerry World, but only for the BlackBerry Q10 and Dev Alpha C… Z10 users will have to wait a wee bit.
Download it here.