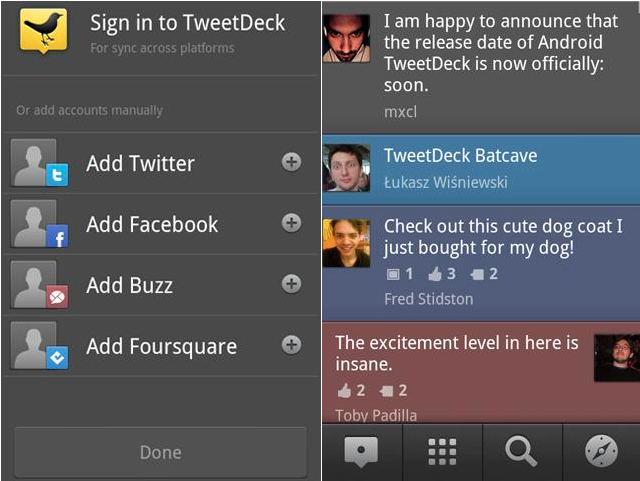 Twitter snatched up TweetDeck back in May of 2011 for $40 million. At the time Iain Dodsworth, founder of TweetDeck, stated the team of 15 will be “joining the flock… Change may well be inevitable, but we remain the same team, staying in London, with the same focus and products, and now with the support and resources to allow us to grow and take on even bigger challenges.”

Over the past few years there has been notable integration of TweetDeck’s structure within Twitter, but now, a couple years later Twitter has decided it’s time to shut down some of the services. In a TweetDeck blog post they noted “To continue to offer a great product that addresses your unique needs, we’re going to focus our development efforts on our modern, web-based versions of TweetDeck. To that end, we are discontinuing support for our older apps: TweetDeck AIR, TweetDeck for Android and TweetDeck for iPhone. They will be removed from their respective app stores in early May and will stop functioning shortly thereafter. We’ll also discontinue support for our Facebook integration.”

TweetDeck also stated one of the reasons for the move is because they’ve seen a “steady trend towards people using TweetDeck on their computers and Twitter on their mobile devices.” So if you’re a fan of TweetDeck you’ll still be able to have access via the web and Chrome apps. In addition, Twitter will continue to make “an increased investment” the Twitter for iPhone and Twitter for Android apps.