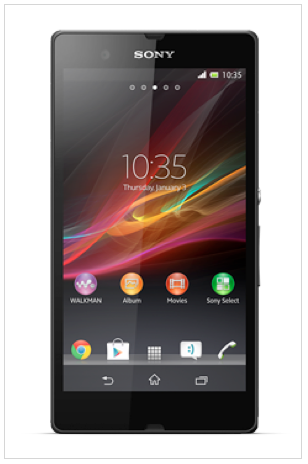 Sony is expected to announce their new 2013 flagship device on January 7th at CES. Leaked images of the “Xperia Z” – previously known as the Yuga – have appeared online and it’s rumoured to have an availability date of January 15th. It’s always nice to have confirmation from a manufacturer that a leaked device exists before the official unveiling. Sony has uploaded a press image of the Xperia Z onto their site that shows off its design and name.

We’ll bring you the hands-on treatment from CES of the Xperia Z, but the specs have it coming with a 5-inch 1080p display, a quad-core Qualcomm Snadragon S4 processor with Adreno 320 GPU, 2GB of RAM, 13MP camera with overall dimensions of 139 x 71 x 7.9mm.