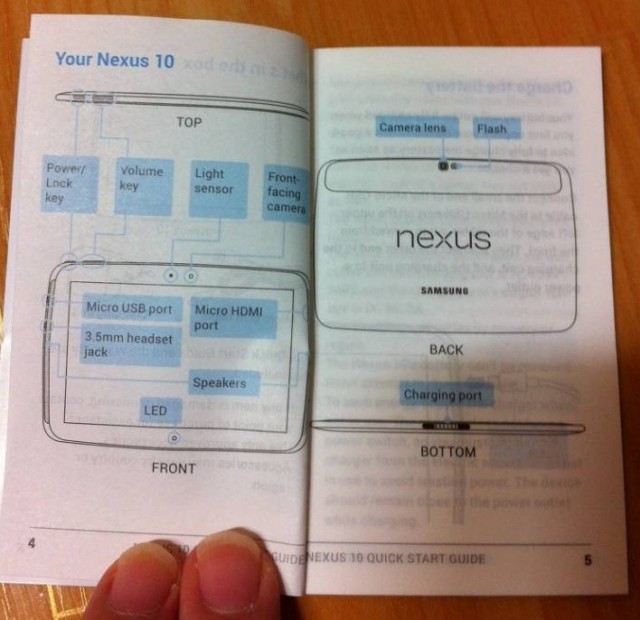 If you needed any more proof that the Nexus 10 is coming next week, here it is. A manual purporting to be the Samsung-built tablet’s “Quick Start Guide” has been leaked courtesy of Korean site Seeko.

While it doesn’t detail anything we don’t already know, it shows the rounded look of the tablet, and shows a Micro HDMI port, dual speakers and an LED on the bottom. From the diagram, the tablet resembles the recently-released Galaxy Note 10.1, but we’re hoping it doesn’t share the same questionable build quality. 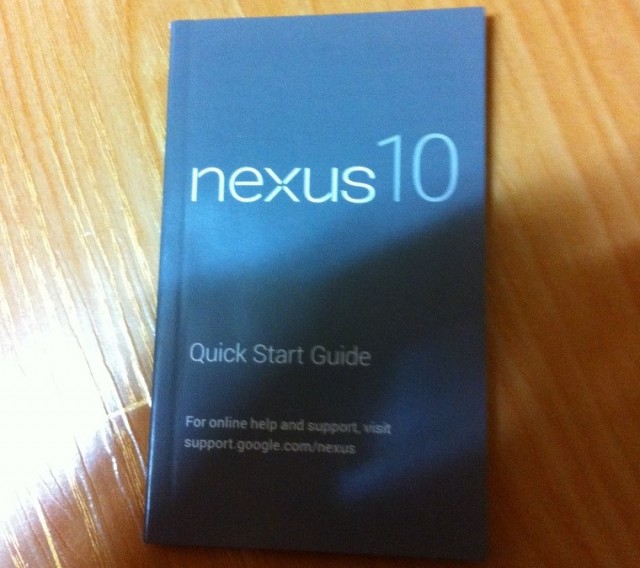 The Nexus 10 is rumoured to have a 2560×1600 screen, which would surpass the iPad 3 in pixel density. We’re not sure what SoC will grace the inside of the device, codenamed ‘Manta‘, but we’re excited to find out.

All will be revealed on Monday!

Source: Seeko
Via: The Verge