One lucky Japanese customer gets 32GB Nexus 7 shipment before announcement 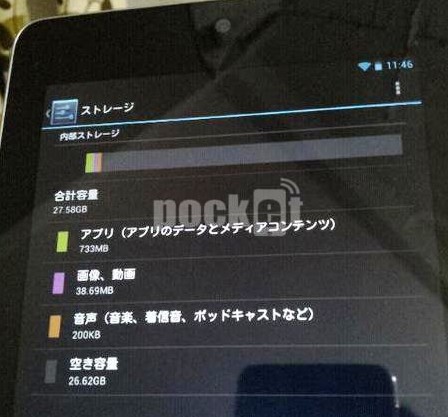 One lucky Japanese customer got twice the value he paid for when he received an as-yet unannounced 32GB Nexus 7 tablet. There has been speculation in recent days that Google would expand its low-cost tablet offering to include a 32GB version, as many modern games such as the newly-released Horn and A Bard’s Tale are upwards of 4GB each.

While it’s widely considered an iterative move for Google to expand its tablet offering to include a 32GB version of the Nexus 7, it looks like other things are at play here. Rumours of a $99 8GB version could mean that the 32GB could take over the $249 spot, bringing the 16GB version down to $199, just in time for Apple to launch its iPad mini.

Other rumours involve Samsung and Google releasing a Retina-quality 10-inch Nexus 10 tablet, something that would certainly get users and developers excited for Android tablets in a way they haven’t been since the launch of Honeycomb back in 2010. According to analyst Richard Shim, Google and Samsung are developing a 10-inch Nexus tablet with a screen resolution of 2560×1600, which would give the slate an amazing pixel density of 299ppi. The new iPad, by comparison, has a 9.7-inch 2048×1536 display and a density of 264ppi.