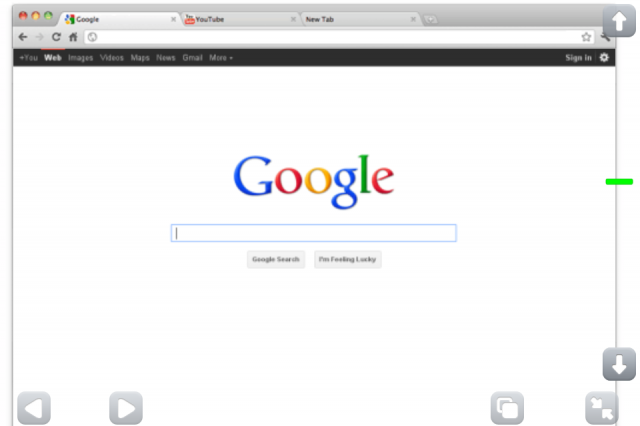 The mobile browser wars are heating up, with Google ensuring Apple isn’t the only game in town on iOS and Mozilla ensuring it’s staying competitive on Android.

According to a Macquarie Analyst report, Google will introduce Chrome for iOS in Q2 this year with support for both the iPhone and iPad. Considering the company is aggressively improving its Google+ offerings, and has introduced a dedicated Gmail app on Apple’s platform, it wouldn’t be too surprising to see Chrome debut in some form in the near future.

The major disadvantage to having a browser on iOS, as opposed to Android, is that you cannot change the default focus — opening a link from within another app will either render it in a UIView window, or open Safari directly. There is no option, unless you’re jailbroken, to open a third-party browser. Contrasting this with Android, which will ask you which browser you want to open by default until you choose a default, and it may be hard to usage to an acceptable level.

If and when Chrome for iOS launches, it will allow for users to synchronize their tabs between devices, whether a desktop or mobile instance of Chrome, along with passwords, history and settings.

The idea behind releasing Chrome for iOS is to divert a portion of revenue that Google pays to Apple from searches done through the mobile Safari browser. The report estimates Google gives Apple between 50-60% of the revenue generated from Safari searches. 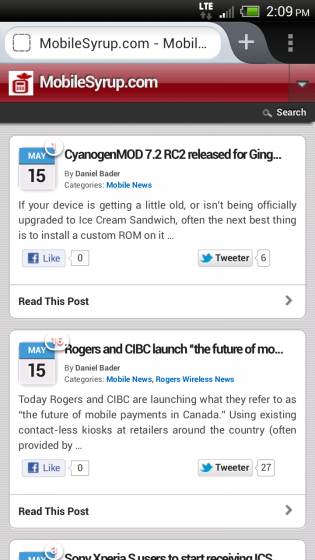 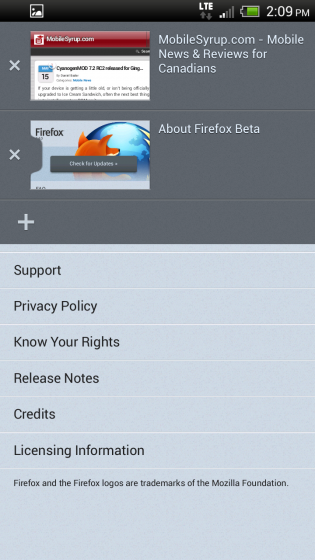 Mozilla is also announcing today that Firefox beta for Android has been updated to version 14 with a brand new native interface and tons of performance improvements. If you’ve never used Firefox for Android, the new beta version is slick, fast and, unlike Chrome for Android, works on devices with pre-Ice Cream Sandwich software.

The interface, which you can above, does away with the left- and right-swipe gestures to expose tabs and settings, instead choosing to combine them into an Ice Cream Sandwich-compatible menu button at the top. The tabs list has been overhauled, too, revealing a list from the top of the screen.

If you’re into trying new things on Android (and who isn’t?), download Firefox beta and let us know what you think!