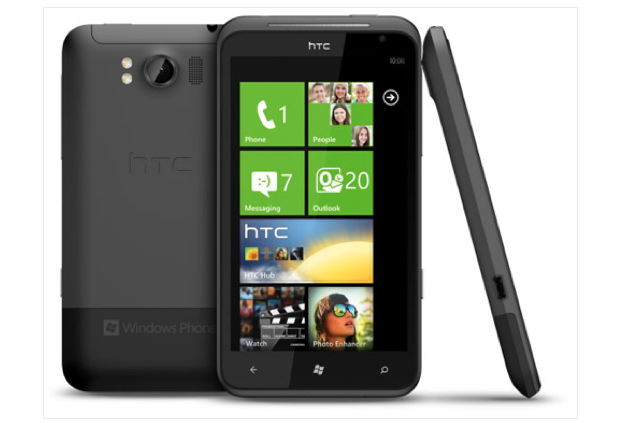 Somewhere along the line, HTC figured out that there are two kinds of smartphone users: those who need a screen over four inches, and those who don’t. In all seriousness, though, with the announcement of their latest two Windows Phone 7 devices, both of which ship with Mango out of the box, they are appealing to two very different demographics.

The HTC Titan, which has a 4.7″ Super LCD display at a somewhat lackluster 800×480 pixel resolution, is also equipped with a 1.5Ghz single-core processor, 512MB RAM, 16GB internal storage (and no microSD card) as well as an 8MP back camera and 1.3MP front camera. Fashioned out of a single piece of aluminum, it bears a resemblance to the HTC Desire, with a maximum width of 9.9mm, and to the Sensation, with its removable aluminum backplate. Easily the standout Windows Phone in HTC’s retinue, its thinness tries to offset the massive size of the screen, and seems to do so pretty effectively.

With a 1600mAh removable battery, and a camera sensor with a F2.2 lens (for more light) and dual-LED flash, the Titan will indeed roar when it is released sometime in October, though that release date is pegged for Europe only. No word on North American availability, though we’re hoping sooner rather than later. 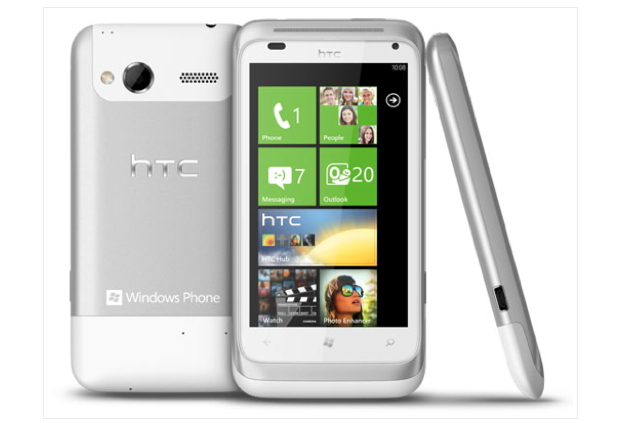 The Radar is more along the lines of a typical Android device, and bears a close resemblance to the HTC Flyer in design aesthetic. With a slightly slower 1Ghz processor and a 3.8″ screen, also at 800×480 pixels (though a regular, not Super, LCD), the Radar is aimed at a more budget-friendly consumer. It’s got 512MB RAM, 8GB internal storage and a 5MP camera, while its front shooter is only VGA resolution. The device is made entirely of aluminum, and has a removable bottom plastic piece which exposes the SIM card slot; the 1520mAh battery is not removable. It’s also slightly thicker than the Titan at 10.9mm, but should be a very solid device. Again, availability is not known, though it should be out by the end of the year.

These new devices will ship with Mango, as stated, but certain functionality has not been baked in yet, like Skype integration and native Twitter support, which should come in a future update. A nice bonus is that both of these devices are “4G” certified, which means they are capable of maximum download speeds of 14.4Mbps.