Rogers on the LTE Samsung Galaxy SII: “device specs have not yet been finalized which may mean some slight cosmetic differences” 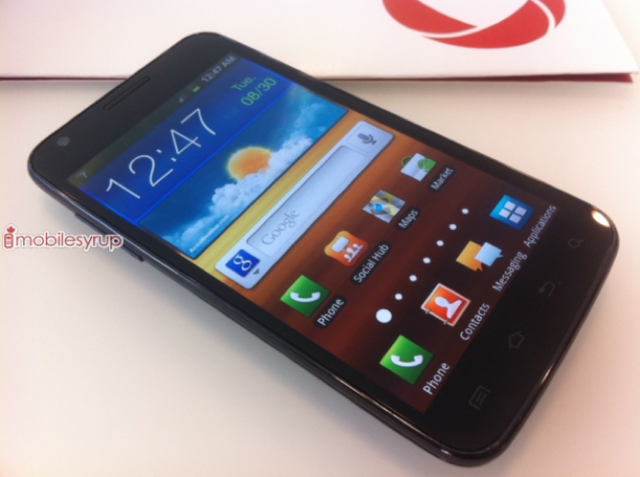 The Rogers LTE network went live in Ottawa on July 7th, Toronto is next up with a scheduled launch date of September 28th. It was also announced that Rogers will be releasing the all-powerful LTE-enabled Samsung Galaxy SII this Fall (at the LTE press event we snapped some pics, see them here).

So there are some differences here. Mainly the processor, but also the design of the device is different too. The official Samsung pic has the familiar back, menu and a home button. Meanwhile the device that we pictured (SGH-i727) had the home button missing and capacitive Search, Back, Home and Menu buttons.

We reached out to Rogers to see which version they will be releasing, here’s what they stated to us: “This week’s event was a sneak peek of LTE and of some of the devices that will launch this fall. Images and device specs have not yet been finalized which may mean some slight cosmetic differences between what was present at the briefing and what will launch in future months.”

Everything will unfold over the next few weeks… if you had the choice which one would pic?