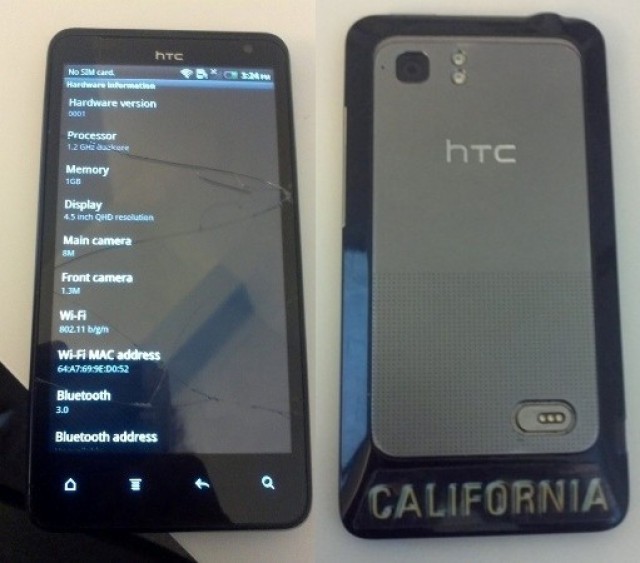 The unannounced HTC Holiday founds its way onto Craiglist yesterday and revealed the following specs: 1.2GHz dual-core processor, 4.5-inch qHD display (960 x 540 resolution), apparently reaches peak download speeds of up 21.1Mbps, has an 8 megapixel camera with a 1.3 front-facing camera, runs Android 2.3.4… all sounds really great. The images that surfaced had AT&T written all over it, but according to PocketNow a recent Bluetooth certification has the Holiday being a global device, heading to Europe, Asia and North American carriers. All the listed specs could go to anyone really, but early rumours have this “Superphone” possibly heading to Bell. For now it’s just a rumour and no word on a release date.