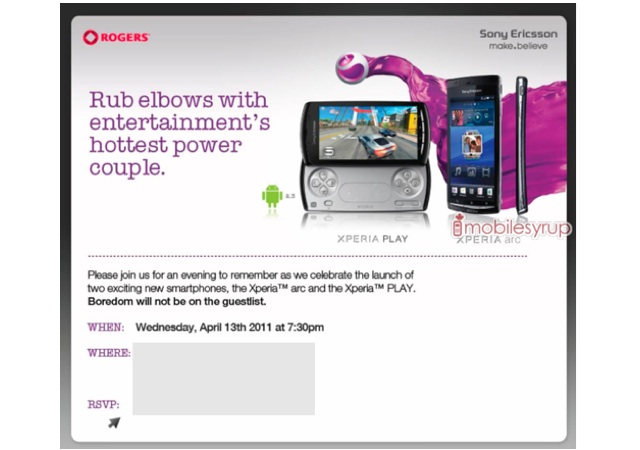 Rogers will be blowing the doors open later this April and releasing the Sony Ericsson Xperia Play and arc. These are both Android 2.3 powered devices and each have their own glorious and unique specs (For a quick overview of both you can check out our videos on the arc here and the Play here).

In the meantime of these two devices actually hitting store shelves Sony Ericsson and Rogers are looking to celebrate this goodness and have thrown together a Toronto launch party. The date is set for next Wednesday (April 13th) and we’ll be there with live coverage. More importantly we’ve been given 10 passes (2 tickets per pass) to giveaway! So, if you want to join in on the fun and experience these devices before they actually launch you could possibly do so!

UPDATE: This contest is now over and the winners have been notified by either Twitter or Facebook. Congrats and we’ll be having more contests soon!