Wind to release the BlackBerry Bold 9780 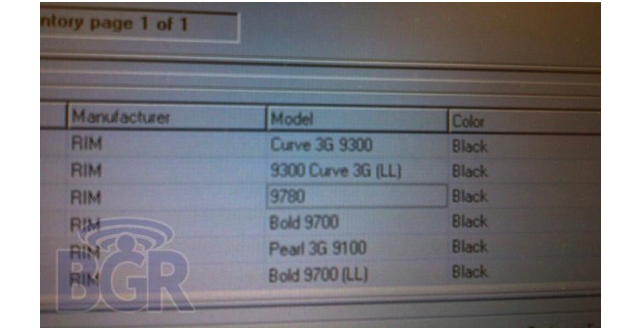 It’s expected that WIND Mobile will release a follow up to the BlackBerry Bold 9700 with the Bold 9780. It’s just a matter of when. According to this inventory screenshot it’s pointing to be soon. No official dates or pricing but one would believe this is a device that they will release in January 2011. Specs have this Bold coming with a 2.4-inch display (resolution of 480×360), 624 MHz Processor, 512 MB of RAM, a 5 megapixel camera with auto-focus and LED flash, WiFi and can hold up to 16GB with a microSD card.

Other devices that we’ll see in 2011 are more Android and also possibly their first tablet, the BlackBerry PlayBook