Premier McGuinty: There’s a “right way” to use a cellphone in school 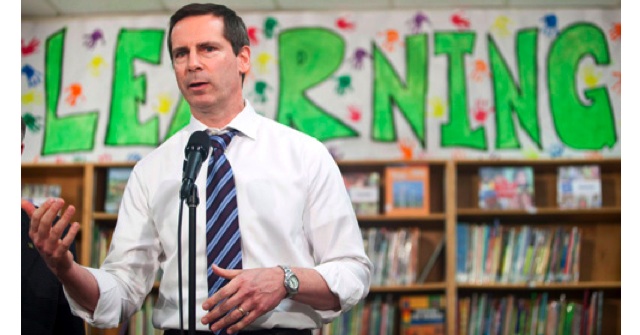 Premier Dalton McGuinty stated today that cellphones can be a distraction (hence why he banned them while driving) but believes there’s a “right way” to use them. Specifically when it comes to the classroom McGuinty thinks school boards should be open to the idea of allowing teachers to use cellphones in class to show students how information can be found online.

It’s certainly interesting. WiFi comes with most cellphones these days and we’re sure the fine folks over at the Simcoe County Safe School Committee in the Barrie area not to thrilled about McGuinty’s remarks. They believe students are experiencing “strange problems as they can’t hold a pencil, they feel faint, they have chronic headaches, and they have developed an erratic heart rate requiring medical attention”. Just imagine if and when cellphones come in.

Regardless, we’re all for schools adopting the use cellphones. Bring it Premier McGuinty!