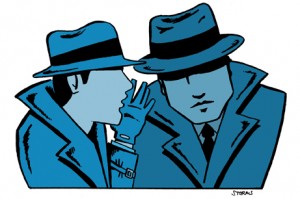 There’s many rumours of how many subscribers the new entrants Wind Mobile, Mobilicity and Public Mobile have actually taken away from the incumbents: 30,000, 100,000, 140,000 – there are no official numbers released and probably won’t be for a while. The Big 3 and their flanker brands have all stepped up their game offering Unlimited Calling, early evenings, axed System Access fees and some carriers have also reduced their handset prices.

Rogers is coming into the market with a new discount brand named “Chatr”. This will be available in core urban locations (Toronto, Calgary, Edmonton, Vancouver and Ottawa) and will directly compete with the new entrants. The government wanted more competition and things are fiercely heating up.

Here’s something to ponder. We were exchanging e-mails from one of our tipsters who works for one of the Big 3 in a corporate office position. The tipster had this to say about the current wireless state in Canada:

“I’ve been reading up on the articles regarding the Big 3 abusing their dominant positions in the marketplace, and let me tell you that this is completely true. For the last few months there have been high level meetings between executives and business analysts from Rogers, Bell, & Telus. They are literally devising a plan to eliminate everyone, using a divide and conquer technique. Its straight corporate malevolence, and regardless of what you may read in their fiscal annual reports, they are seriously losing market share. FAST. Believe it or not, they actually have embedded spies with the new entrants at the retail level. Real Cold war tactics. A telecom war is brewing my friend, and its going to be a nuclear showdown.”