Ahhh… the end of an era. Thanks to a tipster for letting us know that both the Rogers 8GB iPhone 3G and the HTC Dream are now officially discontinued (the Black versions). You’ll see in the internal memo that it states that “as an alternative product” people should look towards the 16GB iPhone version or the HTC Magic.

Remember the buzz both devices caused. We got a video of the when the first iPhone hit Canada… and then the Android “revolution” started with the HTC Dream and Joshua Jackson. Anyways… onto better more powerful devices. 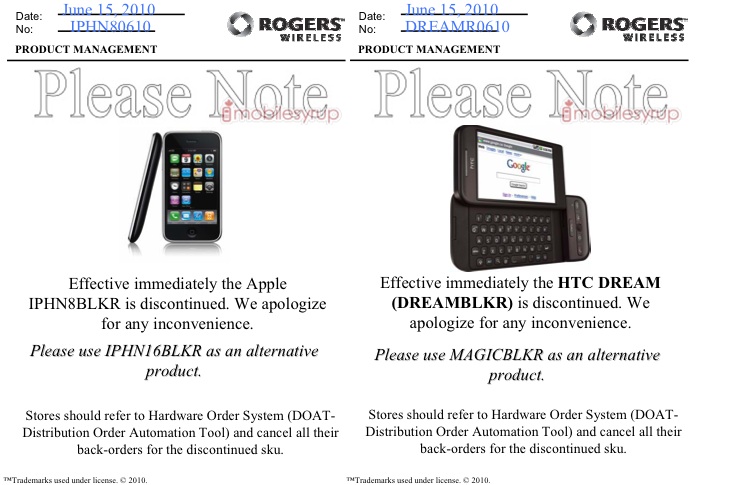