Back on February 5th Best Buy informed potential Motorola Milestone owners that they could pre-order the device by putting a $50 deposit down.. they also revealed an availability of February 18th. Around this date we were given the expected price point to be $199 on a 3-year contract and $549 outright.

Days passed and the Milestone eventually launched, customers pre-ordered at the $549.99 price and it was even available for sale. We posted last week that this no-contract price was $50 lower than TELUS was selling it for. We’re not sure how many people picked up the reduced pricing but now Best Buy has unfortunately increased their price to match TELUS… so those lucky few who got in early also got the Android-powered device at a really good price.

Also… no surprise as the device shows it’s “Out of Stock. Will ship when available”. 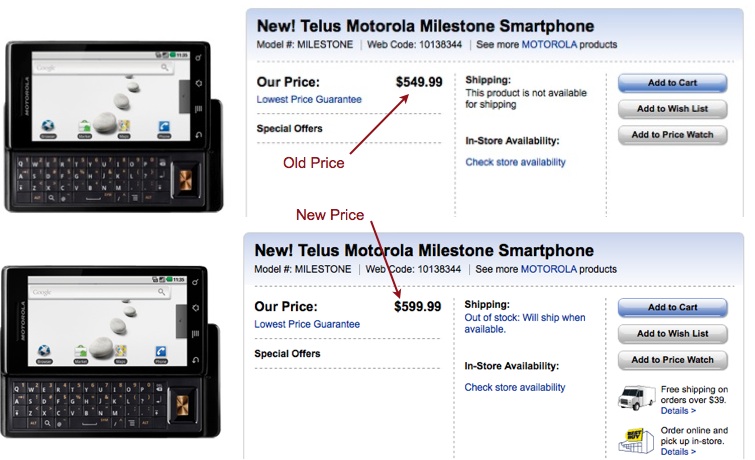 Hopefully we’ll see another price drop soon!
(Thanks to everyone who sent this in!)

Flipboard updated to support iOS 6, plus redesigned to fit the iPhone 5 display