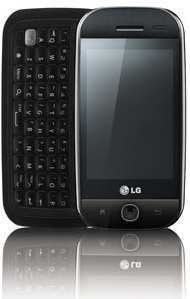 Ahn Seung-kwon, LG’s President of LG’s mobile communications division stated in an interview that they “plan to increase the portion of Android phones to half of 20 smartphones that LG has been set to launch in the global market in 2010”. This is big news as they have been in a deep relationship with Microsoft’s Windows Mobile platform.

When asked about their interest in Android over Windows Mobile Seung-kwon said “MS Windows Mobile operating system is rather unqualified in mobile interfaces. Despite such worries, the partnership with Microsoft is still safe… LG Electronics plans to launch smartphones with more affordable prices. In order to better penetrate into the smartphone sector, LG hopes to seek a key flagship smartphone model that could sell over 10 million units”.

LG has big targets this year as they are gunning for a 20% increase of device sales to 140 million units globally in 2010. They are currently behind Nokia and Samsung for 3rd spot.