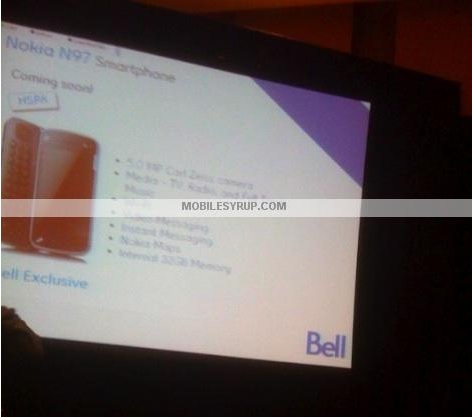 In addition to these beauties… how would you like to see another Nokia back in Bell’s lineup? Specifically the Nokia N97. Thanks to “KrispyK’ who informed us that the N97 will be a Bell exclusive device on their HSPA network. No word on a launch date or pricing, but the image shows it’s on its way!

We’ll have more info shortly on possible launch dates and prices!
(Thanks KrispyK!)