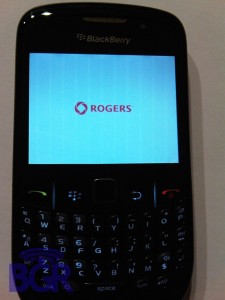 Wanting to see the next BlackBerry to come to Rogers? Look no further as some pics of the Curve 8520 has surfaced and rumours are pointing this to be an October release.

This is the updated Curve with a 2.0 megapixel camera and the new trackpad rather than the old dust magnet trackball. You’ll also see on what is probably a device that’s still in testing by Rogers seems to have no carrier branding to it. Hopefully stay this way but most likely it won’t. In addition, this is running OS 4.6.1.274.