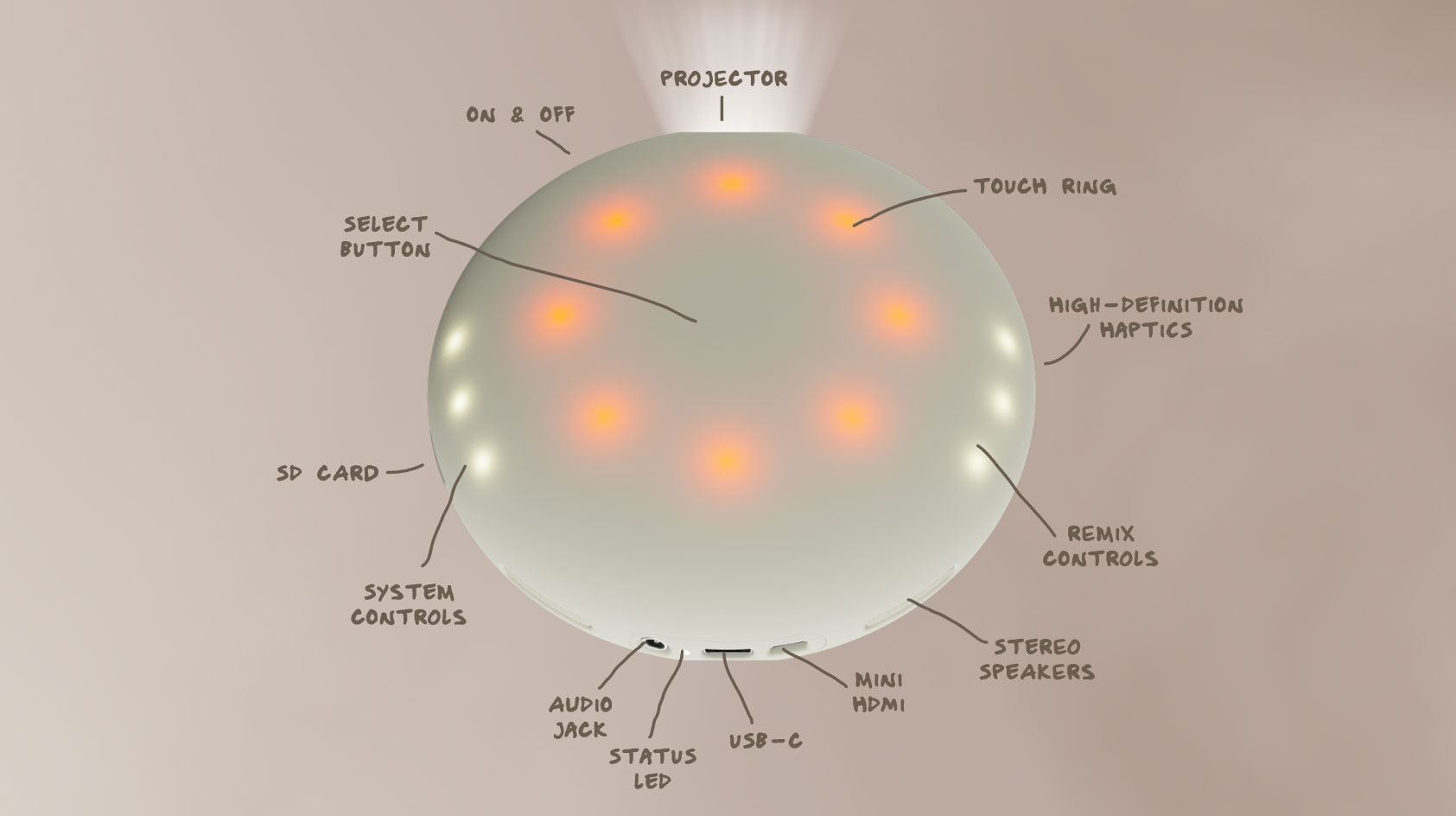 Last year, Ye, formerly known as Kanye West, launched his Donda 2 album as a Stem Player exclusive, before the album made its way to music streaming services globally.

The Stem Player was created by a company called Kano Computing, and it lets you remix songs in real time, with control over vocals, drums, bass and samples, and the ability to add effects, isolate parts and split songs.

Now, Kano Computing is back with a new Stem device, and it’s devoid of any affiliation with Ye. Not just that, the new device isn’t like the original Stem Player; rather, it’s a video projector called the Stem Projector, as reported by The Verge.

The new Stem Projector looks similar to the Stem Player, with a flying-saucer design, several lights on top and encompassed within a flesh-like material. The device features haptic touch-sensitive controls in a ring and six buttons for control.

It has a 256GB hard drive that can hold your personal content and a microSD card slot for expanding the storage capacity. It includes a mini-HDMI port that allows it to function as a projector for items such as game consoles, while also being able to connect to both Wi-Fi and cellular networks.

The projector has an onboard battery, which is roughly good for four to five hours at full brightness and continuous use. Further, in an interview with The Verge, Kano Computing CEO Alex Klein said that the projector will come with some pre-loaded content, though he didn’t say what. Klein did, however, mention that the company is working “with some of the best directors in the world, as well as some of the most interesting libraries” for the pre-loaded content.

The projector also supports Chromecast and AirPlay, which means you’ll be able to stream content on it directly from your phone. In a video interview with The Verge, Klein explained how the projector works:

When you boot up the projector, you just get a specific piece of content. A frame from it right in front of you. As you spin the ring, you go through other content that’s in there. Some of it has been added by us. Some of it is algorithmically added. Some of [the content is] live channels as well, so we’ve got James Terrell-style artworks, wall savers, so like screen savers for your wall. And then you press the middle button, the content starts to play. If you press it again, it pauses, and that frame becomes the preview of the film. So it’s a very exploratory [and] ambient way of enjoying video and movies where you’re getting immediately into it right away.

Further, using machine learning algorithms, the projector is supposed to learn the contents of your videos and tag objects within in. Klein refers to the feature as “Galaxy Mode,” and it allows you to view all content with an associated tag on your device. For example, if you’re in Galaxy Mode and you’re looking at a clip from a basketball court, the device will show you other basketball/sports related clips “create this ambient dream of different versions of the thing that you were looking at from different, incredible pieces of film or films that you’ve added yourself,” according to Klein.